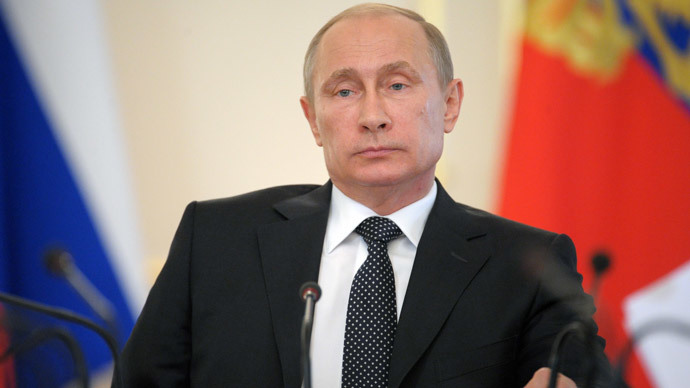 President Vladimir Putin has proposed that the upper house call off the March 1 resolution allowing the head of state to use the armed forces on the territory of Ukraine, said presidential press secretary Dmitry Peskov.

“Because of the beginning of the three-party talks to settle down the situation in the eastern parts of Ukraine, the head of state has addressed to the Federation Council to repeal the resolution on the use of Russian armed forces on the territory of Ukraine,” ITAR-TASS cited Peskov as saying.

The president sent an address to Federation Council Valentina Matvienko today morning, ahead of leaving on official visit to Vienna.

Deputy Head of the Federation Council’s International Committee Andrey Klimov confirmed the upper house will back Putin’s proposal and repeal the resolution on Wednesday, June 25.

Ukrainian President Petro Poroshenko has called the proposal of his Russian counterpart a “first practical step towards settlement of the situation in eastern Ukraine, reported the Ukrainian president’s press-service in a specially released statement.

The Federation Council’s resolution of March 1 agreed on the president‘s right to use military force on the territory of the neighboring Ukraine “until the normalization of the social and political situation in that country.”

The resolution was adopted following a presidential address demanding security be maintained “for citizens of the Russian Federation, our compatriots and personnel of the Russian contingent deployed in accordance with international agreements on the territory of the Autonomous Crimea Republic of Ukraine.”

The resolution was adopted in accordance of the first part of the Article 102 of the Constitution of the Russian Federation.

On Monday evening, the leader of the self-proclaimed Donetsk People’s Republic in eastern Ukraine agreed to a ceasefire in the region until 10am local time on Friday. He stressed that the self-defense force’s ceasefire will come only as a reciprocal move.

Earlier, Ukrainian President Petro Poroshenko laid out his plan to deescalate the conflict, announcing a unilateral ceasefire from June 20 until June 27, the day Kiev plans to sign the EU Association agreement. On Sunday he issued a warning, stating that he had an alternative “detailed plan” of regaining control over south-eastern Ukraine, should his current proposal for a truce fail to bring results.

Despite the “unilateral ceasefire” announced by Kiev the fighting in eastern Ukraine continued, and there have been clashes in some areas, the Lugansk People’s Republic said in a statement. It was reported that an artillery shell hit the roof of a kindergarten in Kramatorsk, partly destroying the building. At the same time, self-defense troops of the Donetsk People’s Republic targeted Ukrainian armed forces positions at Karachun Mountain, Itar-Tass reports.