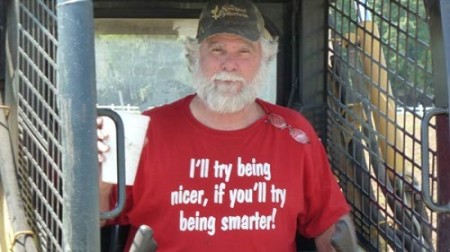 The Federal Bureau of Investigation and other law enforcement agencies blasted alerts all over the country earlier this week advising Americans to be on the lookout for ‘Doomsday Prepper’ Martin Winters, who police say was stockpiling over fifty “high powered” rifles, deadly booby traps and food in preparation for an “end times” event. Neighbors interviewed by mainstream news were terrified about the allegations, leaving some with the impression that Winters was “crazy” because he allegedly claimed that he would kill federal agents if necessary.

While SWAT officials indicated the likelihood that they would have to engage Winters in a firefight was high, friends and family suggested otherwise, saying that Winters may have had views different from most people but insisting that he is a “good guy” who wouldn’t hurt others unless it was necessary to do so in self defense.

Police went so far as to suggest that Winters had essentially gone off the reservation and that he didn’t care whether he lived or died, and that he was “plotting” a confrontation with the federal government.

But the claims and allegations may have been blown way out of proportion. After police obtained a warrant to search Winters’ home based on information obtained from a confidential informant they were probably surprised that not only did Winters have no explosive booby troops set up all over his property as had been claimed, he was also far short of having possession of the fifty high-powered rifles that police said he had been stockpiling.

Federal agents this week searched the Florida home of a ‘doomsday prepper’ they alleged had stockpiled over 50 high-powered assault rifles and several explosive devices buried around his property as ‘booby traps’.

However the warrant showed up little more than barrels of food.

But in federal court on Wednesday, Winters’ defense attorney, Ellis Faught, said the confidential informant’s estimates were wide of the mark.

The informant had bought four so-called destructive devices from Winters, but they were not buried as booby traps.

Five guns were found locked in a safe, according to 10 News.

‘None of this was there,’ Fraught told the court, the station reported.

‘And it’s my understanding that no guns were dug up.

‘It was alleged by the government that there were 50 to 60 guns and I’m only aware of five of them that were found and they were found in his house in a safe.’

While Martin Winters’ political ideology and interests may differ from those of most Americans, the government had tried him in a public court before any evidence had been presented or found. Some of his neighbors were terrified of this “crazy” individual after they had been told of his alleged crimes, and the mainstream media was happy to oblige the narrative that this right-wing survivalist extremist was a danger to himself and society.

The FBI issued the following photo to its media surrogates during the manhunt in an effort to depict Winters as a survivalist who had gone off the deep end: 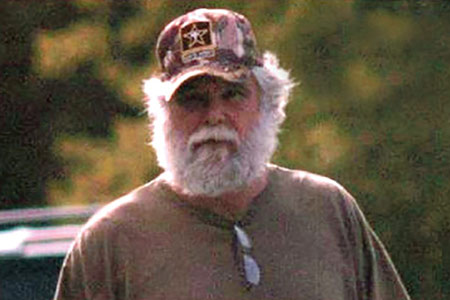 His daughters, however, say that Winters is not violent at all and that he is a loving father and grandfather.

“I think they took the whole context of him being prepared and twisted it,” says his daughter Tracy. 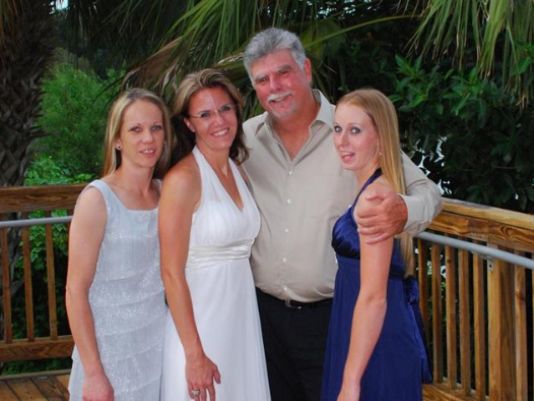 Video: “This whole manhunt happened because Winters was trying to protect his family”

Senator Rand Paul warned Americans about this growing trend of demonizing innocent Americans in a speech he delivered to Congress three years ago in opposition to the National Defense Authorization Act noting that those who don’t subscribe to the status quo could be branded as extremists and terrorists. Paul’s prediction couldn’t have been more accurate, especially considering the manhunt and circumstances surrounding the ordeal with Martin Winters:

There are laws on the books now that characterize who might be a terrorist.

Someone missing fingers on their hands is a suspect according to the Department of Justice. Someone who has guns, someone who has ammunition that is weatherproofed, someone who has more than seven days of food in their house can be considered a potential terrorist.

If you are suspected by these activities do you want the government to have the ability to send you to Guantanamo Bay for indefinite detention?

We have, unfortunately, reached a point in America where talking about ideas that don’t go along with mainstream thought has become suspicious activity and those engaging in it are now identified as extremists or persons of interest. With the surveillance state rapidly expanding its capabilities to monitor conversations and interactions with those around us, it has become more important now than ever before to keep our personal activities as private as possible.

OPSEC, a term preppers use to describe operational security, is a key tenet of staying safe in the event of a major disaster. But in this day and age it is a concept that is just as important to implement while everything is seemingly stable, because sharing too much with the wrong people may make you a target, not just to looters and thieves, but overzealous government agents as well.

Today Martin Winters is a domestic terrorist. Tomorrow it might be you.