Everyone knows that assorted food prices – most notably various meats such as beef and pork – have never been higher, but to Janet Yellen that’s just noise. After all, why worry about food inflation or the highest gas prices on this day in the year with the exception of 2008 of course, when one can just keep buying ever (hedonically) cheaper plasma TVs (although unclear where said TVs would be put with rent inflation also off the charts). So perhaps the thinking is that the average American can just hop on a plane and go to where the prices are lower? Not so fast. 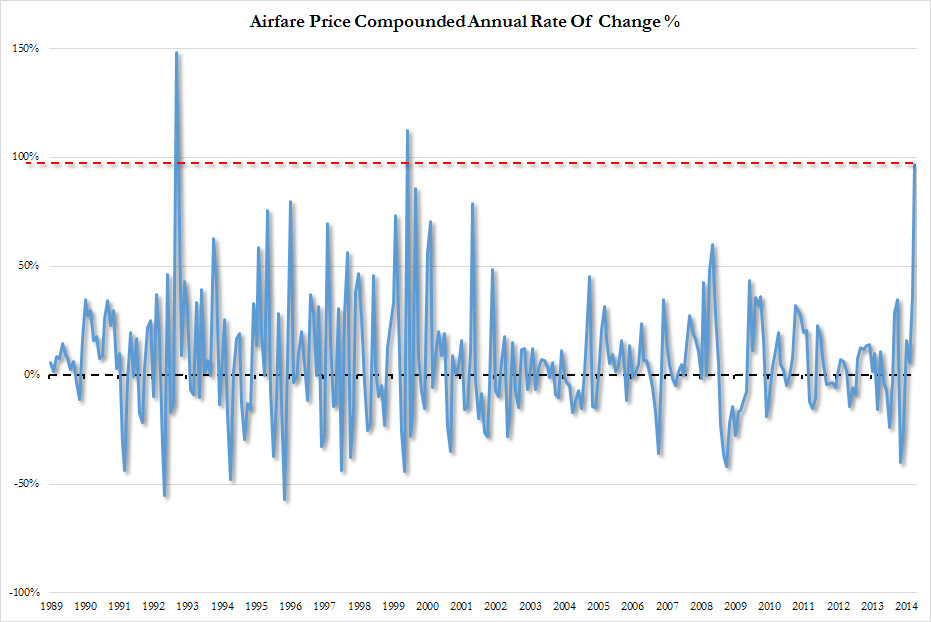 So, sorry America: you are stuck where you are, eating food that has rarely if ever cost more, fueling up with gas that is approaching it all time high summery prices. And now you are free to not move about the country and enjoy Yellen’s “noise”… on a pro bono basis of course. Because while the Fed Chairwoman is wrong about inflation everywhere else, she is spot on about one place where there is absolutely no inflation: wages.