So much for the Ukraine ultimatum.

As we reported yesterday, at the same time as Ukraine president Poroshenko implemented a unilateral “ceasefire” proposal which was said to have been accepted by Russia only for Russia to roundly dismiss it saying it sees the Ukraine step an “ultimatum”, alleged Ukraine gunmen shelled a border crossing on Russian territory near the town of Rostov.

What, however, made clear that no Ukraine civil war de-escalation is coming, especially not on Kiev’s terms, were reports that overnight pro-Russia separatists, which Ukraine and NATO now consistently say are being reinforced by Russia, something the Kremlin is denying, retaliated in a mirror image of yesterday’s shelling, attacking Ukrainian posts on the border with Russia and a military base, and tried to storm an airforce base, according to Reuters.

The fresh action came just hours after the start of a ceasefire at 10 p.m. on Friday by Ukrainian forces, ordered by President Petro Poroshenko as part of his plan to end the rebel insurgency in the east of the country.

In other incidents, rebels with big caliber machine guns and grenade-launchers attacked a Ukrainian military position at Avdiyivka, near the main regional town of Donetsk, as well as a Ukrainian post at Kreminna.

As was clearly obvious from the beginning, there go any attempts at de-escalation.

But what is most surprising, is what happened next.

As Interfax reported a few hours ago, cited by Voice of Russia, Putin once again punked everyone, and certainly western ambitions for “peace” on its terms, when over 65,000 military servicemen and about 5,500 items of weapons and military hardware were unleashed in the latest surprise snap military drill in Russia, or as Valery Gerasimov, the chief of staff of the Russian armed forces called it an ongoing comprehensive surprise combat readiness test of the Russian Central Military District forces.

“Over 65,000 troops, about 5,500 weapon units and vehicles, over 180 planes, and about 60 helicopters will be involved in the test,” Gerasimov said at a conference with the Russian Defense Ministry command staff on Saturday.” The maneuvers are designed to test the training level of the troops in performing their duties through shooting practice, control exercises, the use of aircraft and airborne drops, Gerasimov said, Interfax reports. 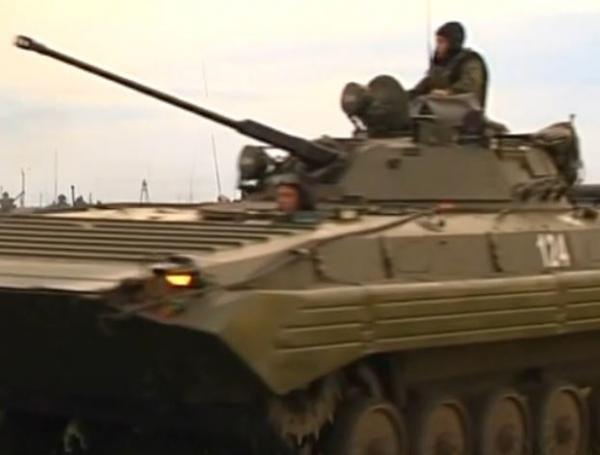 RT further reports that all Russian forces in Siberia, the Urals and beyond have been put on combat-ready alert, Defense Minister Sergey Shoigu said after President Putin ordered surprise drills.

Russia’s troops in the Central Military District have been put on alert to verify troops’ combat-readiness during massive war games of all branches of the armed forces. The exercises involve the relocation of military personnel and hardware, firing training and complex inspections.

“In accordance with president’s order, today starting from 11:00 Moscow time [07:00 GMT] all troops of the Central Military District have been placed in a state of full combat readiness,” Defense Minister Sergey Shoigu said at staff meeting.

The drills will last for a week, from June 21 through 28, Shoigu said.

Up to 65,000 troops, along with 5,500 military vehicles, 180 airplanes and 60 helicopters will participate in the drills, Chief of the General Staff Valery Gerasimov said, Interfax reported. 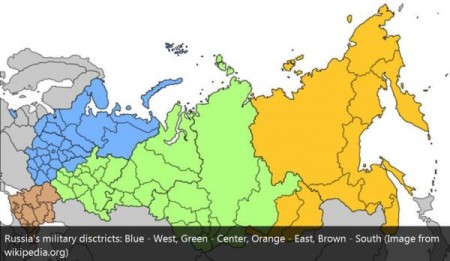 During the first 24 hours, the troops’ readiness for immediate deployment on a combat mission will be checked.

After that, military units will switch to tactical training, marching in battle formation to firing ranges for practice, Shoigu said.

Air Force units in the district will relocate planes to operational airfields to check their readiness for action in new locations. In particular, the 98th Airborne Division will be relocated from the Ivanovo Region of the Volga Federal District to the Urals for paratrooper jump exercises at the Chebarkul firing range. The minister specifically ordered units to avoid any possible damage to civilian installations and infrastructure during the military drills, and to ensure the safety of military personnel, arms and hardware.

The June 21-28 drill is the second stage of general exercises in the Central Military District, Shoigu said. A special commission has already verified the general situation in the district and now the war games will give the picture of combat readiness of the troops stationed on a swathe of huge territory from the Volga River through the Urals Mountains to Siberia, and from the Kara Sea in the Arctic to the steppe on Russia’s southern border with Kazakhstan.

Shoigu said that the 28th and 35th Motorized Brigades began the training June 20, when both units were put on alert ahead of the rest of the military forces in the region.

The Russian army has staged a number of military drills this year. The most recent exercises took place less than a fortnight ago, when on June 10 the Russian military launched drills by its assault forces in the enclave of Kaliningrad in answer to the double war games being conducted by joint NATO forces on the territory of the three Baltic States.

Ukraine was not happy: the country’s foreign ministry promptly said that military activity with unclear task near Ukrainian border “doesn’t help to normalize the situation” and to implement peaceful initiatives. It added that the concentration of Russian armed forces near Ukrainian border causes “special concern in light of numerous” incidents of supply of weapons to militants in Luhansk and Donetsk regions from Russian territories.”

Needless to say, Putin couldn’t care less about the optics of the surprise drill, or if Ukraine’s feelings were hurt.  Because just like that, whatever strategy the top brass from the Pentagon, CIA and to a lesser extent, Kiev, were planning on implementing has gone up in flame. Because what the drill really is, is a pretext for Russia to relocate troops on its territory under the watchful eye of countless US spy satellites.

So the next time NATO or Kerry slams Putin for once again piling troops at location X, Russia now has a 1 week alibi: “it was all just part of the drill.”