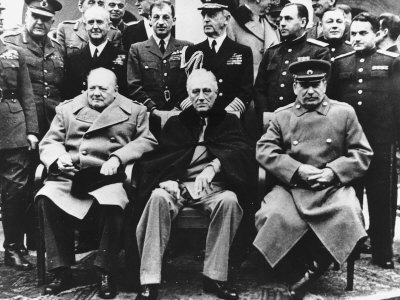 It is no secret that as the Fed’s centrally-planned New Normal has unfolded, one after another central-planner and virtually all economists, have been caught wrong-footed with their constant predictions of an “imminent” economic surge, any minute now, and always just around the corner. And yet, nearly six years after Lehman, five years after the end of the last “recession” (even as the depression for most rages on), America is about to have its worst quarter in decades (excluding the great financial crisis), with a -2% collapse in GDP, which has been blamed on… the weather.

That’s right: economists are the only people who will look anyone in the eye, and suggest that it was harsh weather that smashed global trade, pounded retail sales (in the process freezing the internet because people it was so cold nobody shopped online), and even with soaring utility usage and the Obamacare induced capital misallocation still led to world’s largest economy to a 5% plunge from initial estimates for 3% growth in Q1. In other words, a delta of hundreds of billion in “growth lost or uncreated” due to, well, snow in the winter.

Sadly for the same economists, now that Q2 is not shaping up to be much better than Q1, other, mostly climatic, excuses have arisen: such as El Nino, the California drought, and even suggestions that, gasp, as a result of the Fed’s endless meddling in the economy, the terminal growth rate of the world has been permanently lowered to 2% or lower.

What is sadder for economists, even formerly respectable ones, is that overnight it was none other than Tyler Cowen who, writing in the New York Times, came up with yet another theory to explain the “continuing slowness of economic growth in high-income economies.” In his own words: “An additional explanation of slow growth is now receiving attention, however. It is the persistence and expectation of peace.”

That’s right – blame it on the lack of war!

The world just hasn’t had that much warfare lately, at least not by historical standards. Some of the recent headlines about Iraq or South Sudan make our world sound like a very bloody place, but today’s casualties pale in light of the tens of millions of people killed in the two world wars in the first half of the 20th century. Even the Vietnam War had many more deaths than any recent war involving an affluent country.

Well, that’s just unacceptable: surely all the world needs for some serious growth is for war casualties to be in the billions, not in the paltry hundreds of thousands.

Counterintuitive though it may sound, the greater peacefulness of the world may make the attainment of higher rates of economic growth less urgent and thus less likely. This view does not claim that fighting wars improves economies, as of course the actual conflict brings death and destruction. The claim is also distinct from the Keynesian argument that preparing for war lifts government spending and puts people to work. Rather, the very possibility of war focuses the attention of governments on getting some basic decisions right — whether investing in science or simply liberalizing the economy. Such focus ends up improving a nation’s longer-run prospects.

To be sure, Cowen is quick covers his ass with some quick diplomacy. After all how dare he implicitly suggest that the only reason the US escaped the Great Depression is what some say was its orchestrated entry into World War 2:

It may seem repugnant to find a positive side to war in this regard, but a look at American history suggests we cannot dismiss the idea so easily. Fundamental innovations such as nuclear power, the computer and the modern aircraft were all pushed along by an American government eager to defeat the Axis powers or, later, to win the Cold War. The Internet was initially designed to help this country withstand a nuclear exchange, and Silicon Valley had its origins with military contracting, not today’s entrepreneurial social media start-ups. The Soviet launch of the Sputnik satellite spurred American interest in science and technology, to the benefit of later economic growth.

So what is it about war that makes economic “growth” that much greater. Apparently it has to do with an urgency in spending. As in urgently spending more than the trillions of dollars needed to support the US welfare state now, and spending even more trillions in hopes of, you guessed it, stumbling on the next “Internet” (which apparently wasn’t created by Al Gore).

War brings an urgency that governments otherwise fail to summon. For instance, the Manhattan Project took six years to produce a working atomic bomb, starting from virtually nothing, and at its peak consumed 0.4 percent of American economic output. It is hard to imagine a comparably speedy and decisive achievement these days.

What we find surprising is that it took the econofrauds this long to scapegoat that last falsifiable boundary – the lack of war – for the lack of growth. But they are finally stirring:

Ian Morris, a professor of classics and history at Stanford, has revived the hypothesis that war is a significant factor behind economic growth in his recent book, “War! What Is it Good For? Conflict and the Progress of Civilization From Primates to Robots.” Morris considers a wide variety of cases, including the Roman Empire, the European state during its Renaissance rise and the contemporary United States. In each case there is good evidence that the desire to prepare for war spurred technological invention and also brought a higher degree of internal social order.

Another new book, Kwasi Kwarteng’s “War and Gold: A 500-Year History of Empires, Adventures, and Debt,” makes a similar argument but focuses on capital markets. Mr. Kwarteng, a Conservative member of British Parliament, argues that the need to finance wars led governments to help develop monetary and financial institutions, enabling the rise of the West. He does worry, however, that today many governments are abusing these institutions and using them to take on too much debt. (Both Mr. Kwarteng and Mr. Morris are extending themes from Azar Gat’s 820-page magnum opus, “War in Human Civilization,” published in 2006.)

Yet another investigation of the hypothesis appears in a recent working paper by the economists Chiu Yu Ko, Mark Koyama and Tuan-Hwee Sng. The paper argues that Europe evolved as more politically fragmented than China because China’s risk of conquest from its western flank led it toward political centralization for purposes of defense. This centralization was useful at first but eventually held China back. The European countries invested more in technology and modernization, precisely because they were afraid of being taken over by their nearby rivals.

The fun part will be when economists finally do get their suddenly much desired war (just as they did with World War II, and World War I before it, the catalyst for the creation of the Fed of course), just as they got their much demanded trillions in monetary stimulus. Recall that according to Krugman the Fed has failed to stimulate the economy because it simply wasn’t enough: apparently having the Fed hold 35% of all 10 Year equivalents, injecting nearly $3 trillion in reserves into the stock market, and creating a credit bubble that makes the 2007 debt bubble pale by comparison was not enough. One needs moar!

And so it will be with war. Because the first war will be blamed for having been too small – it is time for a bigger war. Then an even bigger war. And so on, until the most worthless human beings in existence – economists of course – get their armageddon, resulting in the death of billions. Perhaps only then will the much desired GDP explosion finally arrive?

Luckily for Cowen, he stops from advocating war as the ultimate panacea to a slow growth (at least for now: once the US enters a recession with a nother quarter of negative growth, one can only imagine what lunacy Krugman columns will carry). Instead he frames it as an issue of trade offs: “We can prefer higher rates of economic growth and progress, even while recognizing that recent G.D.P. figures do not adequately measure all of the gains we have been enjoying. In addition to more peace, we also have a cleaner environment (along most but not all dimensions), more leisure time and a higher degree of social tolerance for minorities and formerly persecuted groups. Our more peaceful and — yes — more slacker-oriented world is in fact better than our economic measures acknowledge.”

And let’s not forget that GDP is nothing but economic bullshit, confirmed when in recent weeks Europe – seemingly tired of waiting for war – arbitrarily decided to add the “benefits” of prostitution and narcotics. And there you have all the meaningless growth you can dream of. If only on paper. Because hundreds of million of people in the developed world, without a job, out of the labor force, can only be placated with dreams of “hope and change” for so long. And certainly not once they get hungry, or realize that the biggest lie of all in the Bismarckian welfare state – guaranteed welfare – is long broke.

Living in a largely peaceful world with 2 percent G.D.P. growth has some big advantages that you don’t get with 4 percent growth and many more war deaths. Economic stasis may not feel very impressive, but it’s something our ancestors never quite managed to pull off. The real questions are whether we can do any better, and whether the recent prevalence of peace is a mere temporary bubble just waiting to be burst.

That’s great. Now all we need is some economist and/or central-planner who actually gets top billing and determines policy to have a different conclusion, and decide that 4% growth is actually worth m(b)illions of dead people.

Judging by recent events in Ukraine and the middle-east that announcement may be just around the corner.