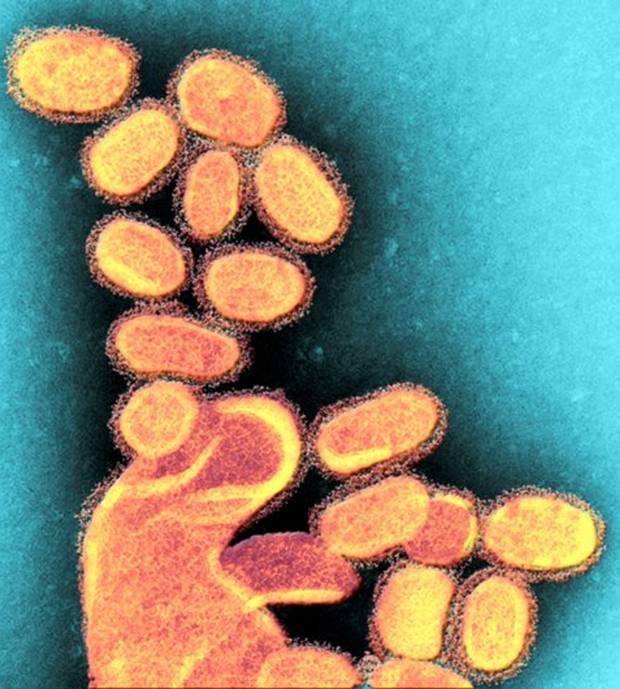 The extinct influenza virus that caused the worst flu pandemic in history has been recreated from fragments of avian flu found in wild ducks in a controversial experiment to show how easy it would be for the deadly flu strain to reemerge today.

Scientists said the study involved infecting laboratory ferrets with close copies of the 1918 virus – which was responsible for the Spanish Flu pandemic that killed an estimated 50 million people – to see how easy it can be transmitted in the best animal model of the human disease.

But other researchers have denounced the research as foolhardy and dangerous. Critics said that any benefits of the attempts to recreate 1918-like flu viruses from existing avian flu strains do not justify the catastrophic risks if such a genetically engineered virus were to escape either deliberately or accidentally from the laboratory and cause a deadly influenza pandemic.

However, Professor Yoshihiro Kawaoka of the University of Wisconsin-Madison dismissed the criticisms of his research saying that it is necessary for the development of influenza vaccines and other countermeasures designed to minimise the risks of a future flu pandemic.

“These critics fail to appreciate the precautions and safeguards built into our work, the regulation, review and oversight these studies receive….The risks of conducting this research are not ignored, but they can be effectively managed and mitigated,” Professor Kawaoka said.

“We know studies like ours advance the field and help those responsible for making decisions about surveillance and pandemic preparedness [to] base decisions on scientific fact, rather than conjecture. Therefore our research provides important benefits that cannot be achieved by other means,” he said in an email to The Independent.

The study, which was carried out in a secure laboratory with the second highest biosafety level, showed that all the necessary ingredients exist in the wild population of bird flu viruses for the emergence of a virus similar to the deadly 1918 flu strain.

“Because avian influenza viruses in nature require only a few changes to adapt to humans and cause a pandemic, it is important to understand the mechanisms involved in adaptation and identify the key mutations so we can be better prepared,” Professor Kawaoka said.

“The point of the study was to assess the risk of avian viruses currently circulating in nature. We found genes in avian influenza viruses quite closely related to the 1918 virus and, to evaluate the pandemic potential should such a 1918-like virus emerge, identified changes that enabled it to transmit in ferrets,” he said.

The 1918 virus was recreated from eight genes found in avian flu viruses isolated from populations of wild ducks. Using a technique known as “reverse genetics” the scientists rebuilt the entire virus so that it was 97 per cent identical to the 1918 strain, known from viruses recovered from frozen corpses, according to the study published in the journal Cell Host and Microbe.

Tests on ferrets showed that the virus was still able to cause flu-like symptoms. When it was further mutated at just seven points, the virus spread easily from one animal to another – indicating that it could cause a pandemic in the human population.

Professor Kawaoka has already come under fire for carrying out previous studies to enhance the transmissibility of the deadly H5N1 strain of avian flu – which is highly lethal to humans but does not pass easily from one person to another – by repeatedly exposing ferrets to the engineered virus.

“Like many of the recent ‘gain-of-function’ studies, this one created a novel virus that is likely both transmissible and virulent in humans,” said Marc Lipsitch, professor of epidemiology at Harvard University.

“This is a risky activity, even in the safest labs. Scientists should not take such risks without strong evidence that the work could save lives, which this [study] does not provide,” Professor Lipsitch said.

Robert Kolter, professor of microbiology at Harvard Medical School, said: “The scientists doing this work are so immersed in their own self-aggrandisement, they have become completely blind to the irresponsibility of their acts. Their arguments in favour of such work, i.e. increase ability for surveillance, remain as weak as ever.”

Simon Wain-Hobson, a virologist at the Pasteur Institute in Paris, said: “The work doesn’t offer us much. The risk of escape is small but non-zero. I do not see such benefits, so on balance we are worse off.”