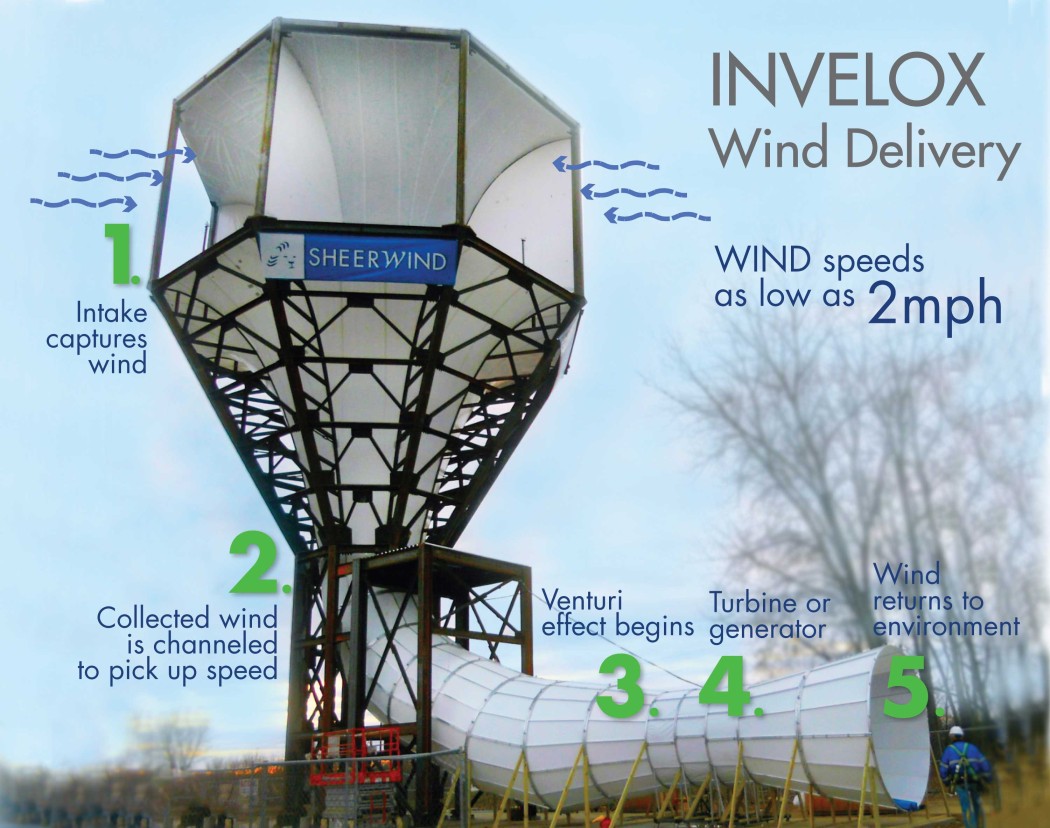 This funny looking wind tower acts like a funnel, directing the wind from any angle, down through a tube to a ground based turbine generator. The funneling of the wind through a narrow passage effectively creates a “jet effect” increasing the velocity of the wind, while lowering the pressure. This is called the Venturi Effect. This speeds up the wind turbine mounted inside the narrowest portion and generates electricity.

As such it can capture and generate electricity at a much lower wind speed than current wind power technologies. The idea is so simple, so elegant, and promises to produce so much more energy at lower cost and more efficiently, that it might just be the answer to many problems with current wind turbine technology. Aside from the lower capital investment to get started, and increased efficiency and power generation, it also might be a solution to the ever growing problem of birds (and bats) being killed by traditional wind farms. (Yes, that is a problem)

This technology is not really new in the science of fluid dynamics, however this is a new way to generate electricity, and if successful, promises to grow the wind energy in a more eco-friendly way than ever thought possible. Imagine a smaller HOME version on your off grid cabin. Now THAT is cool off grid tech!

Instead of snatching bits of energy from the wind as it passes through the blades of a rotor, wind is captured with a funnel and directed through a tapering passageway that naturally accelerates its flow. 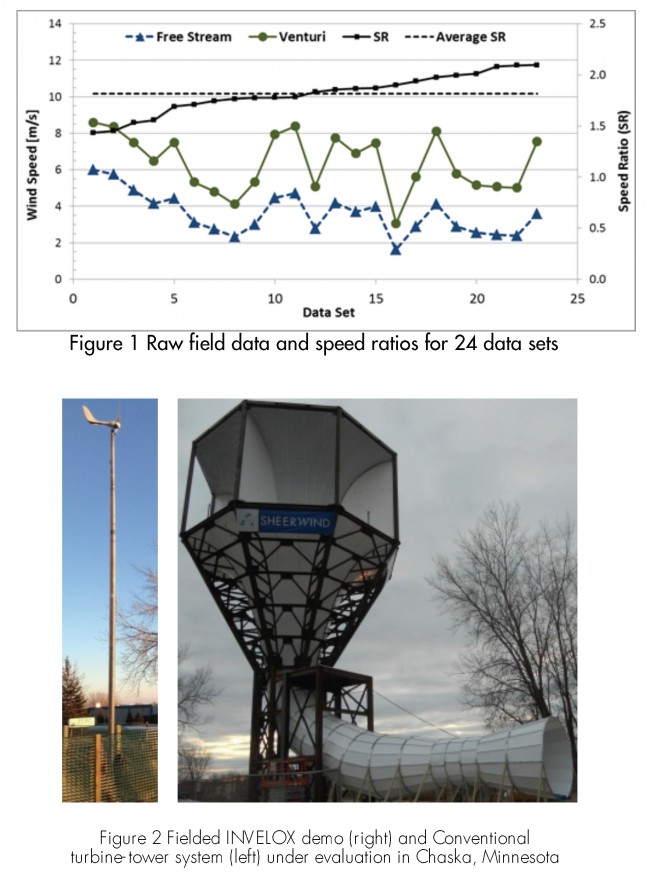 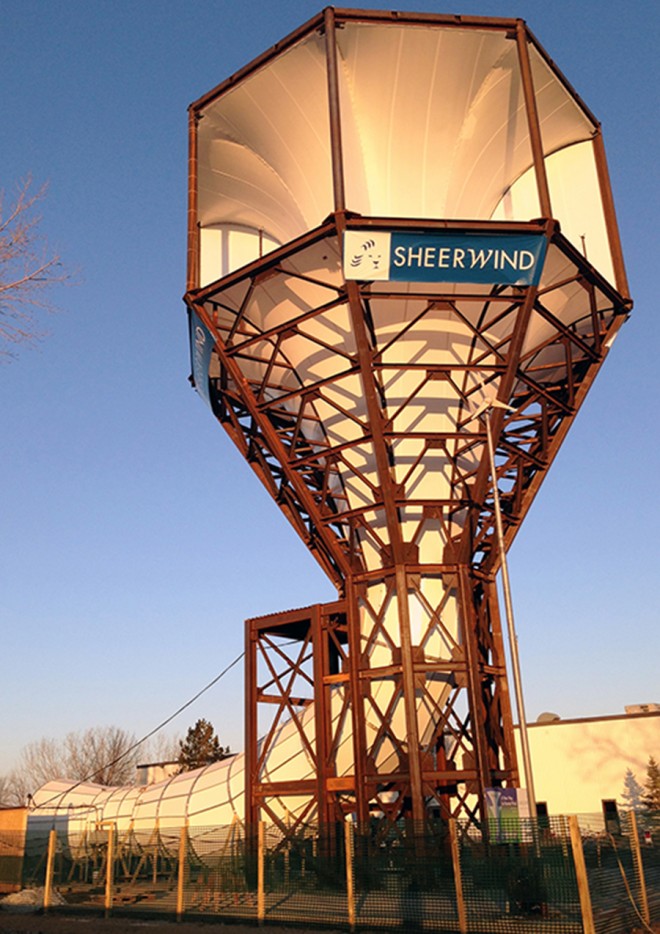