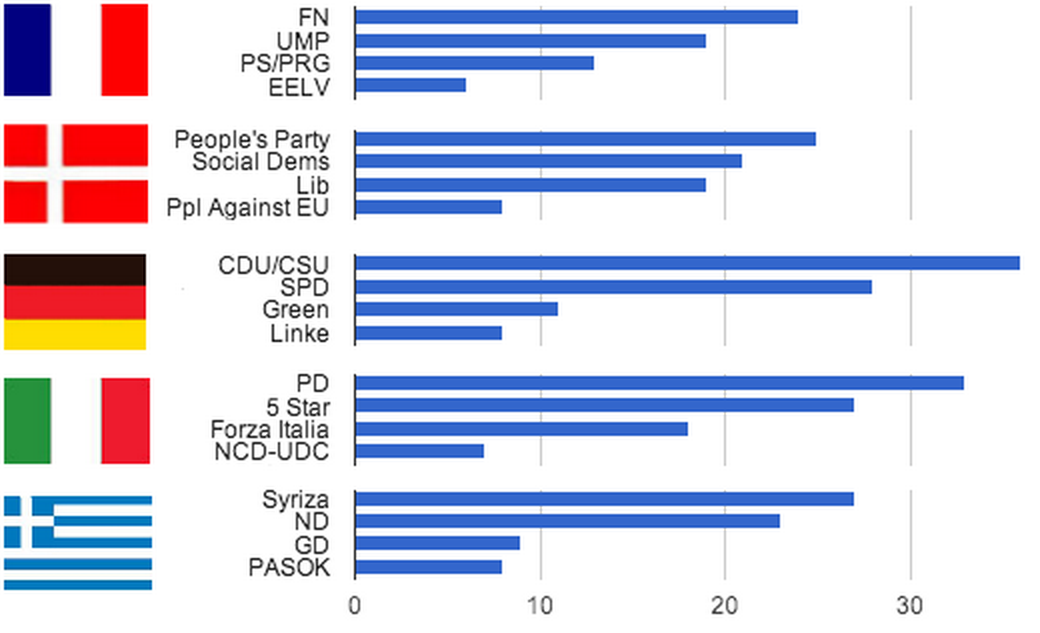 – European Voters Are Revolting; France Warns “Situation Is Grave For Europe” (Zerohedge, May 25, 2014):

Just as we had warned in the run-up to the European elections – and England’s UKIP victory in local elections had suggested; Anti-European-Union parties are showing strongly in this weekend’s elections. Anxiety is spreading among the status quo as Greece’s anti-austerity party SYRIZA wins and perhaps even more worryingly in supposed core of the union France’s Nationalist party is leading in a “political earthquake” success:

Disengaged? – or totally pissed off with promises that never materialize and wealth that only trickles down to the uber-richest and uber-elitest.

No wonder France is worried…

Anti-establishment parties were gaining ground in other parts of the EU too (following UKIP’s lead in the UK).

In France, exit polls setting the anti-immigrant, far right National Front up for its first success in a national election.

In Greece, exit polls had the far-left SYRIZA party leading with 26-30 per cent of the vote, ahead of the ruling conservative New Democracy Party. SYRIZA, whose leader, Alexis Tsipras, is running for European Commission president, has campaigned vociferously against the austerity that was part of the EU’s response to its economic crisis.

In Austria, the right-wing FPOe came in third with 20 per cent, while the anti-immigrant Danish People’s Party was set to take the biggest share of the vote in that Nordic country, according to exit polls and initial projections.

In Finland, the anti-immigrant True Finns party was projected to win two of the country’s 13 seats in the European Parliament, adding one seat to its previous tally.

In Germany, the far-right National Democratic Party – which has many overtly neo-Nazi supporters – could be on course to win its first seat in the legislature, according to projections. Germany’s anti-euro Alternative fuer Deutschland (AfD) is also set to make its debut in the parliament after capturing 6.5 per cent of the German vote, a public television exit poll showed.

But it’s not just France, Anti-EU parties are winning across Europe…

Who coulda seen that coming? 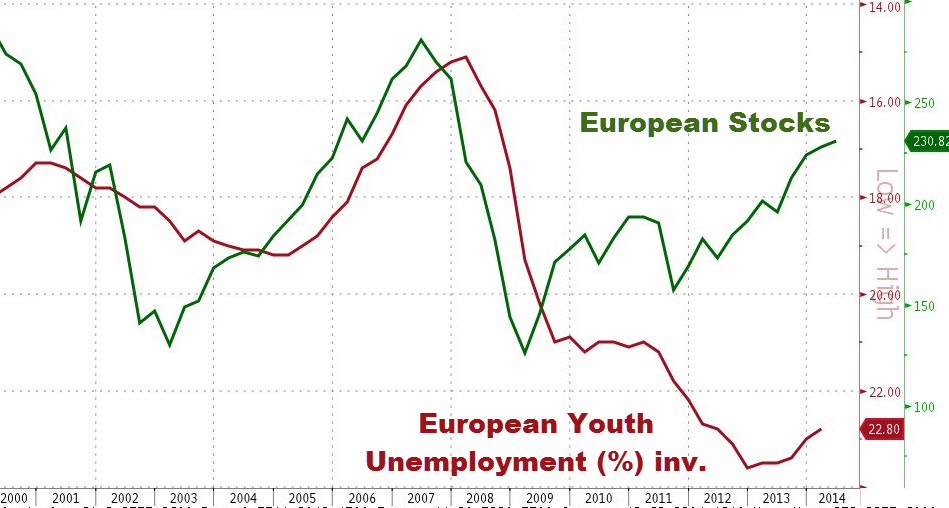 And so the propoganda begins…

2 thoughts on “European Voters Are Revolting; France Warns ‘Situation Is Grave For Europe’”