– “Conflict Between China And Vietnam Is Imminent” – China Piles Troops, Tanks, Artillery And APCs Near Vietnam Border (ZeroHedge, May 19, 2014):

Earlier today, Putin did his usual “we are pulling our forces away from the Ukraine border” gambit (sure he is… and is replacing them with a massive airforce drill), and as usual the algos fell for it, after European stocks suddenly surged out of nowhere on the now quite generic bounce catalyst (Update: RASMUSSEN: NO SIGN OF RUSSIAN TROOP PULLBACK FROM NEAR UKRAINE – what a surprise), but what is shaping up as a far more dangerous escalation is what China is doing next to its border with Vietnam, where as reported previously protesters destroyed Chinese factories and killed Chinese civilians in retaliation over yet another maritime territorial spat. According to the Epoch Times, “troops, tanks, trucks, artillery, and armored personnel carriers of China’s military were seen heading to the Vietnamese border on May 16 and 17, according to photographs taken by by residents near the border.”

Chinese netizens have been posting photographs of the large movement of the People’s Liberation Army, many of them showing Chinese troops in full combat gear heading to the local train station in Chongzuo, along with military vehicles.

One netizen said the Chinese military was taking the train from the Chongzuo station to Pingxiang City, which shares a 60-mile border with Vietnam. The netizen said that the Huu Nghi Border Gate to Vietnam is also now closed.

One of the photos, taken from inside a passenger train, shows the Chinese military preparing artillery for transport on a train track. Others show Chinese troops and military vehicles traveling along dirt roads.

Another photograph shows troops walking under the red-colored entrance to the Longzhou International Building Materials Market, on Provincial Road in the city of Chongzuo.

A reverse image search of each of the photographs using Google indicated that the photographs had appeared on the Internet only recently. Most were indexed by Google on Saturday.

Collectively, the images and eyewitness reports from the ground show what Taiwanese media are calling an “endless stream” of Chinese troops.

Why is China doing this? Simple: “One netizen, with the username Zhiyuan0703, echoed a common sentiment on the Chinese social media site, “Conflict between China and Vietnam is imminent.”

And just in case the US gets any ideas to support its one time foe, China has already taken measures:

Fang Fenghui, the Chinese military’s chief of the general staff, spoke with reporters at the Pentagon on May 15, alongside U.S. Joint Chiefs of Staff Chairman Gen. Martin Dempsey.

Fang defended China’s oil drilling in disputed waters with Vietnam. He also warned the United States on taking sides, saying through a Chinese translator “there is possibility that these issues could affect or disturb the relationship between the two countries and two militaries.”

White House press secretary Jay Carney reiterated the U.S. stance on China’s oil rig, however, during a May 15 press briefing.

He said China’s oil rig, which the Chinese regime has accompanied with “numerous government vessels” is a “provocative act and it raises tensions in the region, and by raising tensions makes it more difficult to resolve claims over disputed territory in a manner that supports peace and stability in the region.”

Carney said the United States takes no position on the territorial claims, but, “We do take a position on the conduct of the claimants who must resolve their disputes peacefully, without intimidation, without coercion, and in accordance with international law.”

Regarding China’s oil rig and the tensions that have formed around it, Carney said, “We consider that act provocative and we consider it one that undermines the goal that we share, which is a peaceful resolution of these disputes and general stability in the region.”

But fear not: the futures are actively monitoring this, and all other global geopolitical conflicts, and are absolutely confident the Fed will fix it should war break out. As usual, we wish algos the best of luck, because as ET summarizes, “China is currently involved in territorial conflicts with nearly all its neighbors.” Once again – what can possibly go wrong? Judging by the photos below, nothing at all. 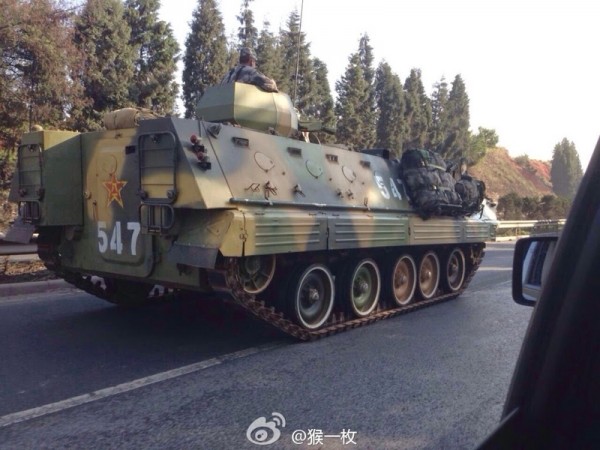 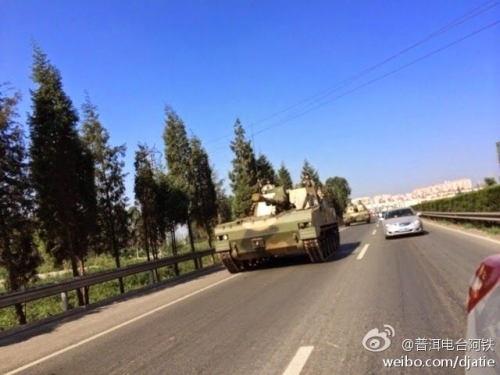 A Chinese tank is seen near the border with Vietnam, as tensions grow more tense between the two countries. (Weibo.com) 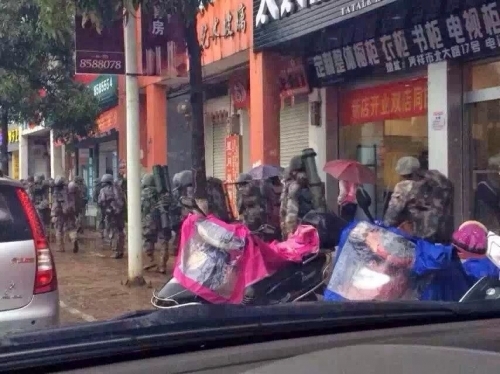 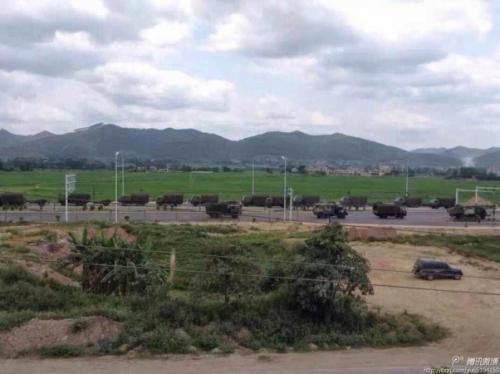 A convoy of Chinese military vehicles are seen in Fangchenggang City in Guangxi, near the Vietnam border. (Weibo.com) 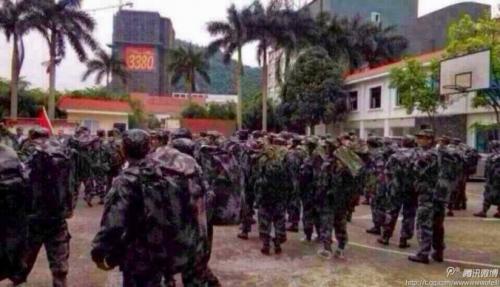 Chinese troops march in Chongzuo City in Guangxi Province near the Vietnam border. Chinese netizens say the troops are moving along the border. (Weibo.com) 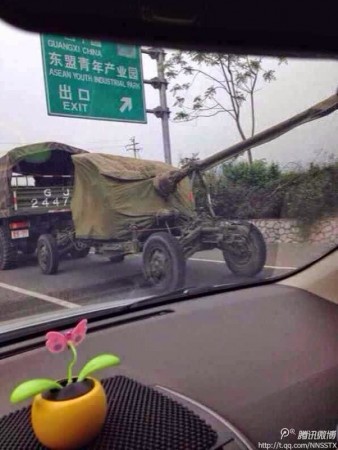 2 thoughts on “China Piles Troops, Tanks, Artillery And APCs Near Vietnam Border – ‘Conflict Between China And Vietnam Is Imminent’”