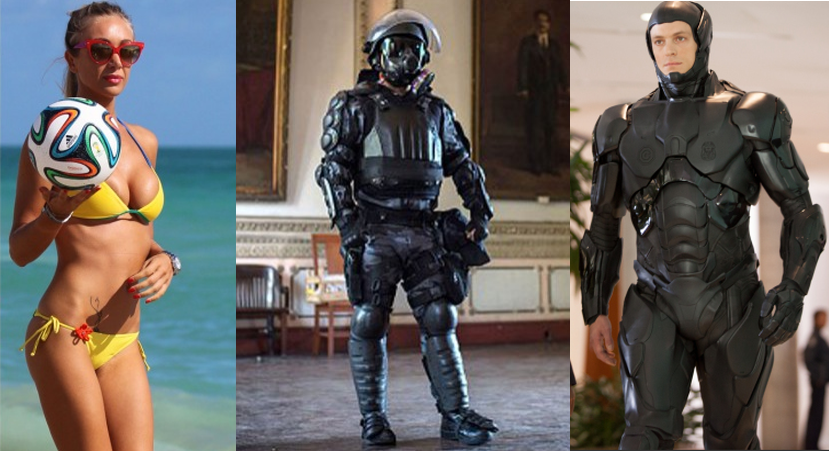 The Major Events Police Battalion, a branch of the military police, was formed in January this year in response to widespread public demonstrations during last year’s Confederations Cup.

That tournament was marred by ugly clashes between police and demonstrators as thousands protested against public spending on the World Cup. Rio de Janeiro will host seven games during the competition, including the final on July 13.

Jose Mariano Beltrame, the state secretary for security, cited “the need to give the military police specialized, efficient and intelligent instruments for patrolling, aimed at the preservation of public order in public places where there is the presence of a crowd of people gathered together”.

Lt. Col. Wagner Villares, the commander of the unit, which has 600 officers, said the equipment would protect officers from missiles such as a firecracker that killed Santiago Andrade, a photographer, earlier this year.

“The plastic uniform is resistant to knocks and blows,” he told news website Ultimo Segundo.

Welcome To Rio – have a nice visit…