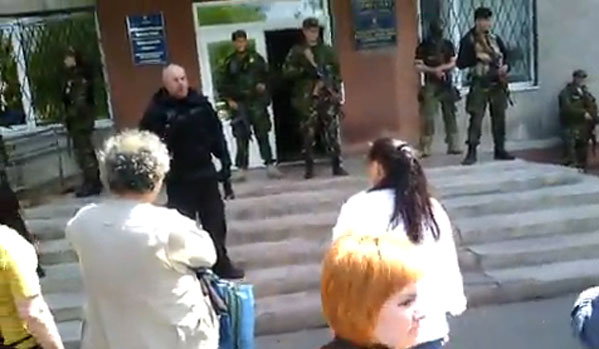 Militants of Ukraine’s National Guard have arrested federalization activists in the towns of Starobelsk and Markovka in the eastern Lugansk region. Eye-witnesses say the militants rob civilians and maltreat elderly people.

“In Starobelsk, National Guard militants behave in Makhno style, bursting into homes, seizing money and cars and doing nasty things to veterans of the Great Patriotic War, while keeping them at gunpoint,” an Interfax correspondent reports, quoting Alexei Pronichev, a resident of Starobelsk.