Anti-Chinese sentiment has been running high in Vietnam ever since Beijing deployed an oil rig into disputed waters in the South China Sea on May 1.

Earlier this week, mobs burned and looted scores of foreign-owned factories in southern Vietnam, believing they were Chinese-run, but many were actually Taiwanese or South Korean

For background on the what, where, when, and how China decided to do this see here… and why China decided now was the right time, see here.

Mike Krieger at Liberty Blitzkrieg has some more color:

As the war/civil unrest cycle continues to march forward, there appear to be two main geopolitical tinderboxes percolating at the moment. While we all know about Ukraine/Russia, which will only get worse in the months ahead, the South China Sea looks like it may be about to burst out into overt conflict.

The mob irrationally damaged mostly Taiwanese factories, but the focus of the ire was clear: China. 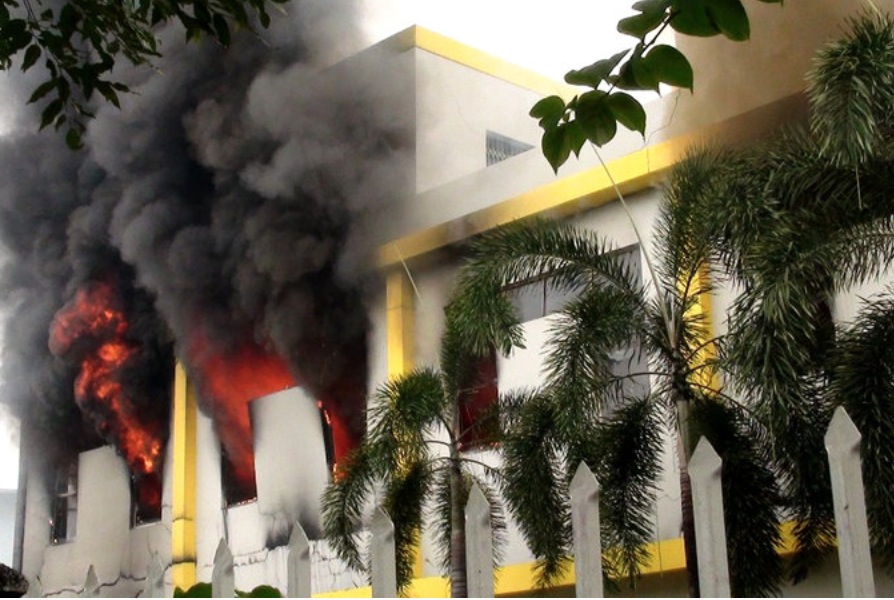 (Reuters) – Thousands of Vietnamese set fire to foreign factories and rampaged in industrial zones in the south of the country in an angry reaction to Chinese oil drilling in a part of the South China Sea claimed by Vietnam, officials said on Wednesday.

The brunt of Tuesday’s violence, one of the worst breakdowns in Sino-Vietnamese relations since the neighbors fought a brief border war in 1979, appears to have been borne by Taiwanese firms in the zones in Binh Duong and Dong Nai provinces that were mistaken for Chinese-owned companies.

Photographs posted on social media sites and blogs, purportedly of the aftermath of the violence, showed blackened shipping containers, smashed windows and several burnt out vehicles that had been overturned.

“I fear a dark chapter in Sino-Vietnamese relations is now being written,”

the first, I see vietnam protests such large:)) pic.twitter.com/y4fs6HpDXg 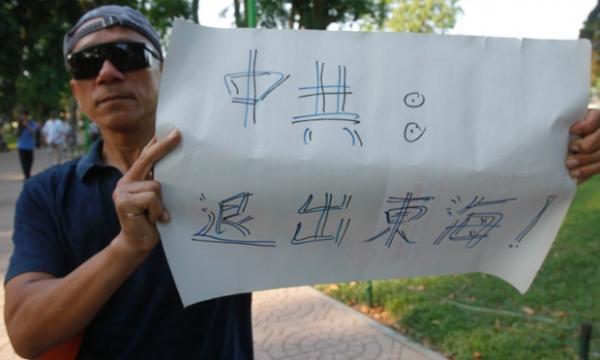 Submitted by Shannon Tiezzi via The Diplomat,

Anti-Chinese sentiment in Vietnam spilled over into rioting on Tuesday, with Taiwan’s Ministry of Foreign Affairs reporting that two Taiwanese citizens were injured.  The New York Times’ Chinese-language webpage cited local officials as saying there had been no deaths.

Most of the violence centered on industrial zones in the provinces of Binh Duong and Dong Nai, located respectively to the north and northeast of Ho Chi Minh City. Although the protests were sparked by anger at a Chinese oil rig operating in waters Vietnam claims as its Exclusive Economic Zone (EEZ), rioters also damaged Taiwanese companies in the area. As the Taiwanese news agency CNA reported, the rioters targeted factories “with signs bearing Chinese characters or those with Chinese nationals as managers, many of which are actually Taiwanese companies.” Factories owned by Japanese, South Korean, and Singaporean citizens were also damaged in the riots.

Tran Van Nam, the vice chairman of Binh Duong province’s People’s Committee, told Reuters that the riots began after over 20,000 people turned out for what had been peaceful protests. In the course of the riot, 15 factories were set on fire, according to Nam.  He estimated hundreds of thousands of dollars’ worth of damage had been done. Taiwan’s representative to Vietnam, Huang Chih-peng, said that the riots had affected almost 1,000 Taiwanese companies in Binh Duong province alone.

The president of Formosa Industries Corp, one of the affected companies, said that rioters had looted electronic equipment as well as the personal belongings of factory workers.  He complained that a lack of police presence in the area had allowed the rioters to run unchecked. The central government sent riot police and the military to help restore order to the affected areas. According  to local police, over 440 people have been detained for their role in the riots. Most factories in the area remained shut down on Wednesday, although reports indicated the violence has stopped.

Taiwan’s Ministry of Foreign Affairs has issued a travel alert for Binh Duong and Dong Nai provinces, warning citizens to “avoid unnecessary travel” to those areas. China’s embassy in Vietnam posted a similar warning to its homepage, telling Chinese citizens to take precaution to ensure their safety and not to go out unless absolutely necessary. A spokesman for China’s Foreign Ministry demanded that Vietnam “adopt effective measures to … protect the safety of Chinese citizens and institutions.”

Tuesday’s riots came after several days of demonstrations in Vietnam against what is seen as Chinese encroachment into Vietnamese territory. Over the weekend, protestors rallied outside the Chinese embassy in Hanoi. The protestors were seen as having government support, as previous protests targeting China had been broken up by the authorities.

The anti-China riots bring a worrying extra dimension to what is already a tense crisis in the South China Sea. Continued violence against Chinese businesses could spark counter-protests in China. Intense domestic furor in both Vietnam and China would make a peaceful resolution to the oil rig confrontations even less likely. For now, at least, China appears to be trying to keep news of the riots from spreading, perhaps in an attempt to prevent public outrage. Chinese media outlets have been ordered not to report on the riots, according to China Digital Times.

Meanwhile, the damage done to Taiwanese factories also drags Taiwan into the dispute between Vietnam and the PRC. Taiwan’s Ministry of Foreign Affairs called for increased security to protect Taiwanese businesspeople in the area, and also requested that Hanoi compensate business owners for damage done during the riots.