“Responsibly,” Bloomberg surveyed adults aged 26 and older across America and found that almost one-third of D.C. residents report binge-drinking in the last month. Utah, perhaps unsurprisingly, had the lowest binge-drinking percentage at a mere 15% (defined as five or more drinks in one day). 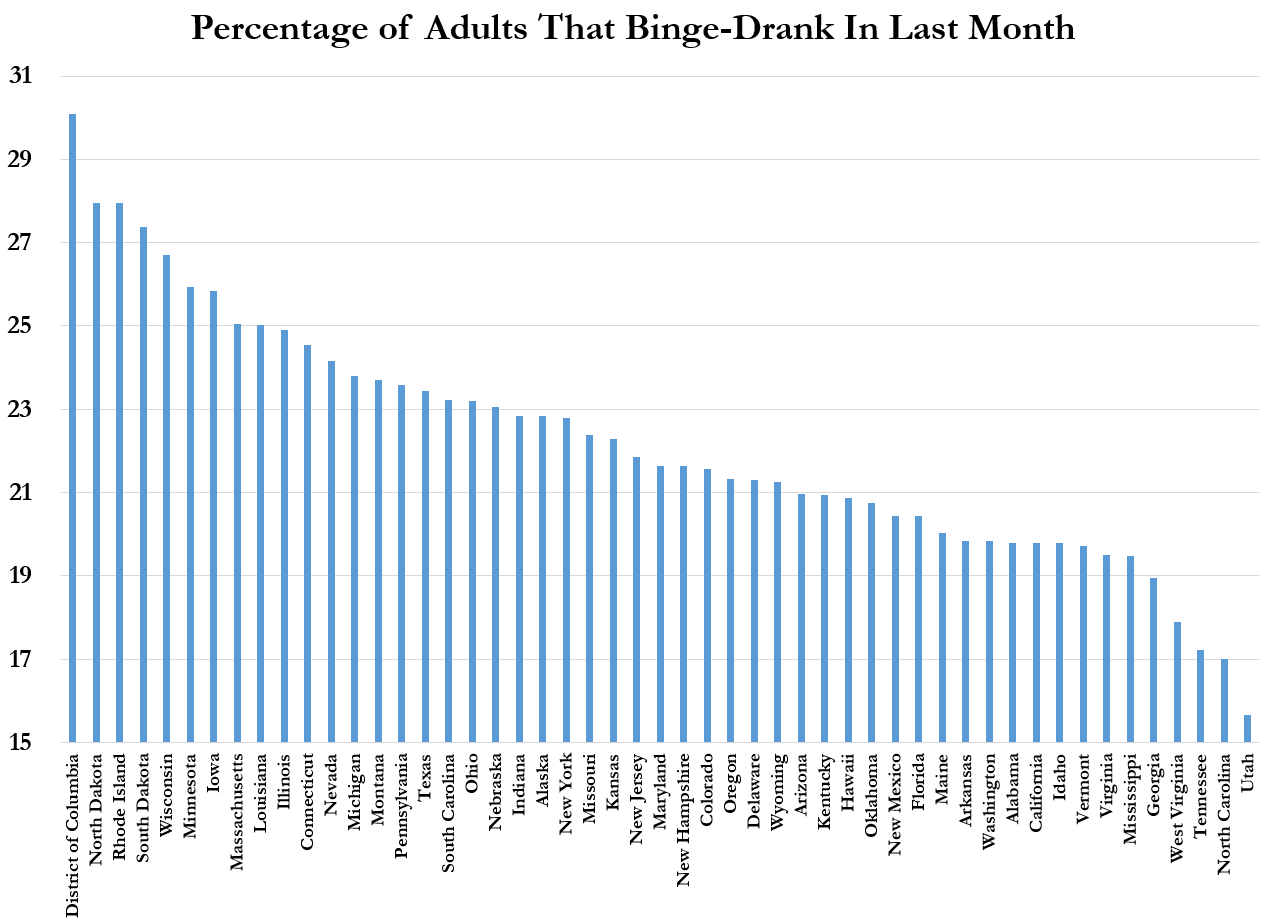 The results were from the National Survey on Drug Use and Health sponsored by the Substance Abuse and Mental Health Services Administration, an Agency of the U.S. Department of Health and Human Services. They were based on data collected in 2011 and 2012 from approximately 67,500 individuals. Binge alcohol use is defined as drinking five or more drinks on the same occasion on at least one day in the past 30 days.