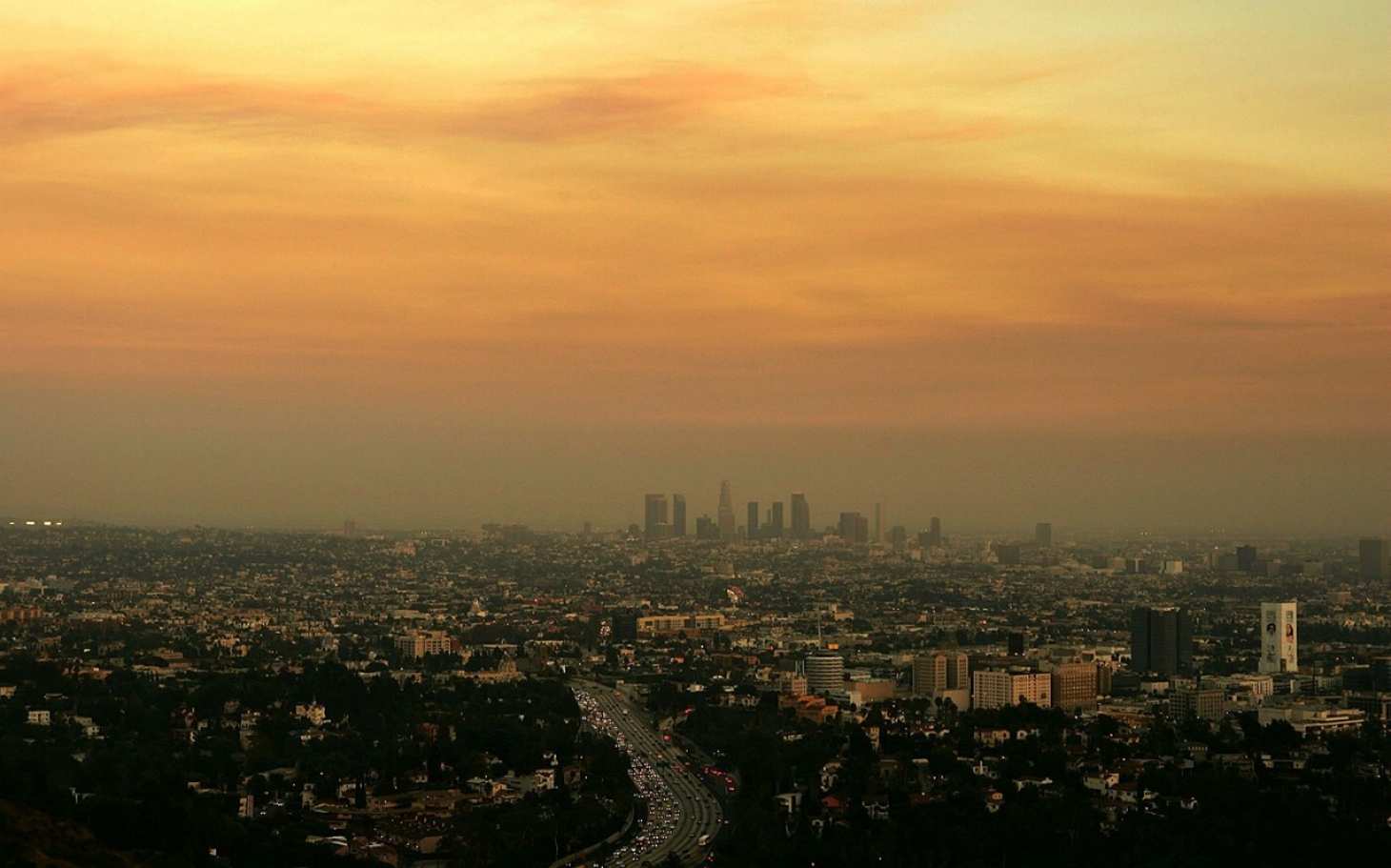 Nearly half of all Americans still live in areas where pollution has rendered the air unhealthy to breathe, with the impact of climate change threatening to undo advances in cutting down harmful emissions, a new report has found.

The annual State of the Air study by the American Lung Association (ALA) notes advances in the reduction of pollutants, but warns that much needs to be done to improve air quality.

“We are happy to report continued reduction of year-round particle pollution across the nation,” said Harold Wimmer, national president and CEO of the ALA. “However, this improvement represents only a partial victory. We know that warmer temperatures increase risk for ozone pollution, so climate change sets the stage for tougher challenges to protect human health.”

The report credits the Clean Air Act and the switch to cleaner fuels for the reduction in particle pollution, but warns that more than 147 million people still live in counties with unhealthy air. Though many of the 25 most polluted U.S. cities were shown to have reduced levels from previous years, air quality in all of them violated health-based standards.

The two air pollutants cited in the report were ozone and particle pollution. Particle pollution, caused mostly by the burning of materials, is believed to be more harmful than ozone because its microscopic particles can pass through the body’s defense systems, and even get into the bloodstream, according to the Environmental Protection Agency.

Fresno-Madera, Calif., topped the list of five cities that saw pollution levels increase from previous reports — and became the newest city to be ranked as the worst in the nation for year-round particle pollution.

While particle pollution is more lethal — the World Health Organization confirmed it can cause lung cancer, and other studies show it can contribute to low birth weight — ozone pollution affects more people. Ozone aggressively attacks lung tissue, the report said, and can cause respiratory diseases.

Ozone levels have worsened, the report said, at least partially because of warming temperatures caused by climate change.

“Ozone does not come out of a tailpipe, it is formed from chemical reactions in the atmosphere — you need sunlight and heat,” Janice Nolen, assistant vice president for national policy for the ALA, told Al Jazeera. “On days in the summer when weather is warmer, you will have more levels with the same ingredients than you would without heat.”

Nolen said the hotter-than-usual summer of 2012 led directly to an increase in ozone levels: “That lets us know that that means we’re going to risk having more unhealthy ozone days … and that it will be harder to get rid of the ozone problem.”

Most scientists agree that a 2-degree Celsius global temperature rise above preindustrial temperatures would be safe for humanity. A recent report by the Intergovernmental Panel on Climate Change said keeping the temperature rise to 2 degrees would require lowering greenhouse gas emissions by as much as 70 percent compared with 2010 numbers by midcentury. At current emissions levels, the world will be almost 5 degrees hotter by the end of the century.

Ozone is still the most common air pollutant in the U.S., and overall levels increased over the last reporting period, the report said, with Los Angeles experiencing the highest levels.

Twenty-two of the 25 most ozone-polluted cities had more high-ozone days on average in 2010–12 compared with 2009–11. But, the report noted, even those cities had much better air quality than they did 10 years ago.

“The Environmental Protection Agency announced in March cleaner gasoline rules, which will make cars run a lot cleaner,” Nolen said. “We also have to reduce power plant emissions. Yesterday the Supreme Court ruled that the EPA plan to require power plants to stop blowing pollution across state lines is valid and can be enforced.”

The report noted that four cities recorded no days in the unhealthy level for ozone or short-term particle pollution, and as such were on the “cleanest cities” list for year-round particle pollution: Bangor, Maine; Bismarck, N.D.; Cape Coral-Fort Myers, Fla.; and Salinas, Calif.

Nolen added that people concerned about how air pollution could affect them can check the website StateoftheAir.org for local air quality levels and other tips to protect their health.