– Pro-Russian Mayor Of East Ukraine City Of Kharkiv Shot In The Back (ZeroHedge, April 28, 2014):

On the day in which Barack Obama announced earlier he would unveil another round of sanctions against Russia (most likely involving the heads of both Gazprom and Rosneft), moments ago the already tense situation took another turn for the worse when Interfax blasted news out of East Ukraine that the pro-Russian mayor of Kharkiv, the second largest city in Ukraine, Gennady Kernes, has been shot in the back and is currently undergoing an operation.

Kyiv Post reports that Kernes was an avid supporter of former President Viktor Yanukovych and spoke out against the EuroMaidan Revolution that forced the ex-head of state to flee the country. Since then, Kernes has flip-flopped under pressure from EuroMaidan activists and the new Kyiv government in order to remain in office.

Will this be the provocation that finally breaks the Russian bear’s back and forces the Kremlin to send in “peacekeepers”?

This was the last Instagram post from Kharkiv mayor Kernes. 22 hours later he’s in surgery with a gun wound. insane pic.twitter.com/JU6pearc05 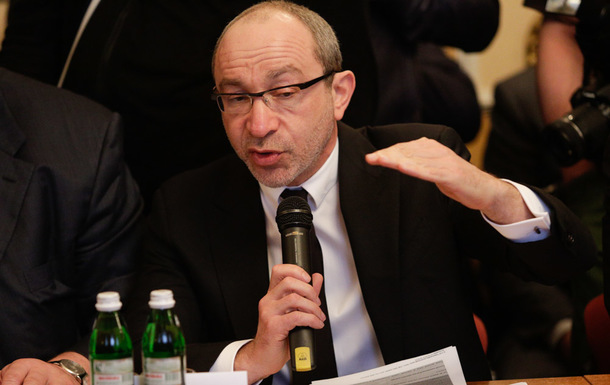 Some more early reports from Reuters:

Gennady Kernes, the mayor of Ukraine’s second-biggest city, Kharkiv, is in hospital undergoing emerging surgery after being shot in the back, Interfax Ukraina news agency quoted the mayor’s spokeswoman as saying on Monday.

“The doctors are fighting to save his life,” the agency quoted the spokeswoman, Tatiana Gruzinskaya, as saying.

And WSJ chimes in too:

Kharkiv Mayor Gennady Kernes, a one-time supporter of the ousted Ukrainian president who has since taken a more conciliatory approach to the new government, was shot in the back around noon local time and was rushed to a hospital for surgery.

“Doctors are fighting for his life. He is now in the emergency room undergoing an operation,” the council said in a statement on its website.

The statement offered no details about the circumstances of the shooting, but Zurab Alasania, the director general of Ukraine’s state-run National Television Company, wrote on his Facebook page that Mr. Kernes was shot while swimming in a local spring near Kharkiv.

Kharkiv had been an early target at the beginning of a pro-Russian separatist movement, in which mobs seized government buildings in the east of the country, but authorities had been successful in forcing the protesters out, unlike in other cities.

The colorful Mr. Kernes, 54 years old, was elected mayor in 2010, narrowly defeating Arsen Avakov, who is now Interior Minister. Mr. Avakov and his allies claimed the vote was rigged, which Mr. Kernes denied.

Mr. Kernes was a staunch ally of former President Viktor Yanukovych. During the antigovernment protests this winter, Mr. Avakov alleged that Mr. Kernes helped recruit gangs of civilians that were sent to Kiev to attack protesters. He denies this.

When Mr. Yanukovych fled at the end of February, Mr. Kernes briefly left the country before returning and adopting a softer tone toward new authorities. In March, he was placed under house arrest while police investigate alleged connections to kidnapping and threats.

The diminutive 54-year-old is known for his colorful lifestyle captured on his Instagram account where he posts photos of himself working out and posing with animals.

Details of the mayor’s condition or the motive behind the shooting are still absent, although it is clear this latest provocation will hardly reduce regional tensions. We will update once we get more.