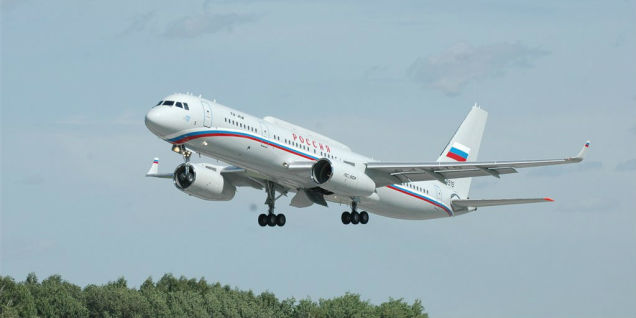 The last time the Russian “Doomsday Plane” was seen in the air doing its trademark loops at 27,000 feet telegraphing Vladimir Putin was somewhere nearby, was on March 31, just days after the formerly Ukrainian region was annexed by the Kremlin. Until today, when over the past 4 hours, the Tu-214 has been quietly circling in position just shy of Finland and the Baltics, where as it is known, NATO has been depositing hundreds of western soldiers in a “defensive” build up.

What is the “Doomsday Plane”? Here is a reminder:

The Tupolev Tu-214SR is a Russian Special Mission Aircraft believed to act as a communication relay aircraft. This kind of aircraft is often dispatched by the Russian Air Force to accompany Putin’s presidential aircraft on its travels and for this reason it is considered the Russian version of the U.S. E-4B, a so-called “doomsday” plane, with an airborne command and control role.

America isn’t the only superpower with a “Doomsday Plane” for its head of state. When Russian President Vladimir Putin needs to escape danger, he hops aboard this top-secret flying communications center.

A special missions variant of the Tupolev Tu-214 commercial transport aircraft, the Tu-214SR is Russia’s answer to the US E-4B, an airborne command and control plane built specifically for the Russian president’s use and considered successor to the Ilyushin Il-20 Coot, which has been in service for the better part of four decades. Produced by Aviastar SP and Kazan Aircraft Production Association, the twin-engine, long-endurance jet can carry 62 passengers with comparable range and speed to a Boeing 757. But unlike the Boeing, the Tu-214SR is packed to the gills with cutting-edge sensor and communications equipment.

While significantly less is known about capabilities of the 214SR than the E-4B , we do know that it carries an MRC-411 multi-intelligence payload, which includes electronic intelligence (ELINT) sensors, side-looking Synthetic Aperture Radar (to spot incoming air threats from long range), and a variety of Signals Intelligence (SIGINT) and Communications Intelligence (COMINT) equipment. Four onboard generators provide ample amperage while a set of external fuel tanks allow the plane to remain aloft for trips up to 10,000 km.

The two such 214SRs entered service in 2008 with the Presidential Special Applications Squad and are operated by a crew of four. However, the plane was only declassified last year when it made its public debut at the Moscow Air Show. Since then, it’s been spotted in the skies above both the Sochi Olympics, and more recently—and ominously—in Crimea.

Why was the Doomsday Plane circling so close to the Baltics today of all days, and is this nothing but a welcome sign from Russia to the NATO build out in Eastern and Central Europe? And does it indicate that Putin was – as he usually does – either traveling in the vicinity, or is it an omen of something more ominous?

As can be seen on the image below (courtesy of Flightradar24), after circling for hours just east of the Finland border, it is now en route to land back in St. Petersburg, from where it took off several hours ago. 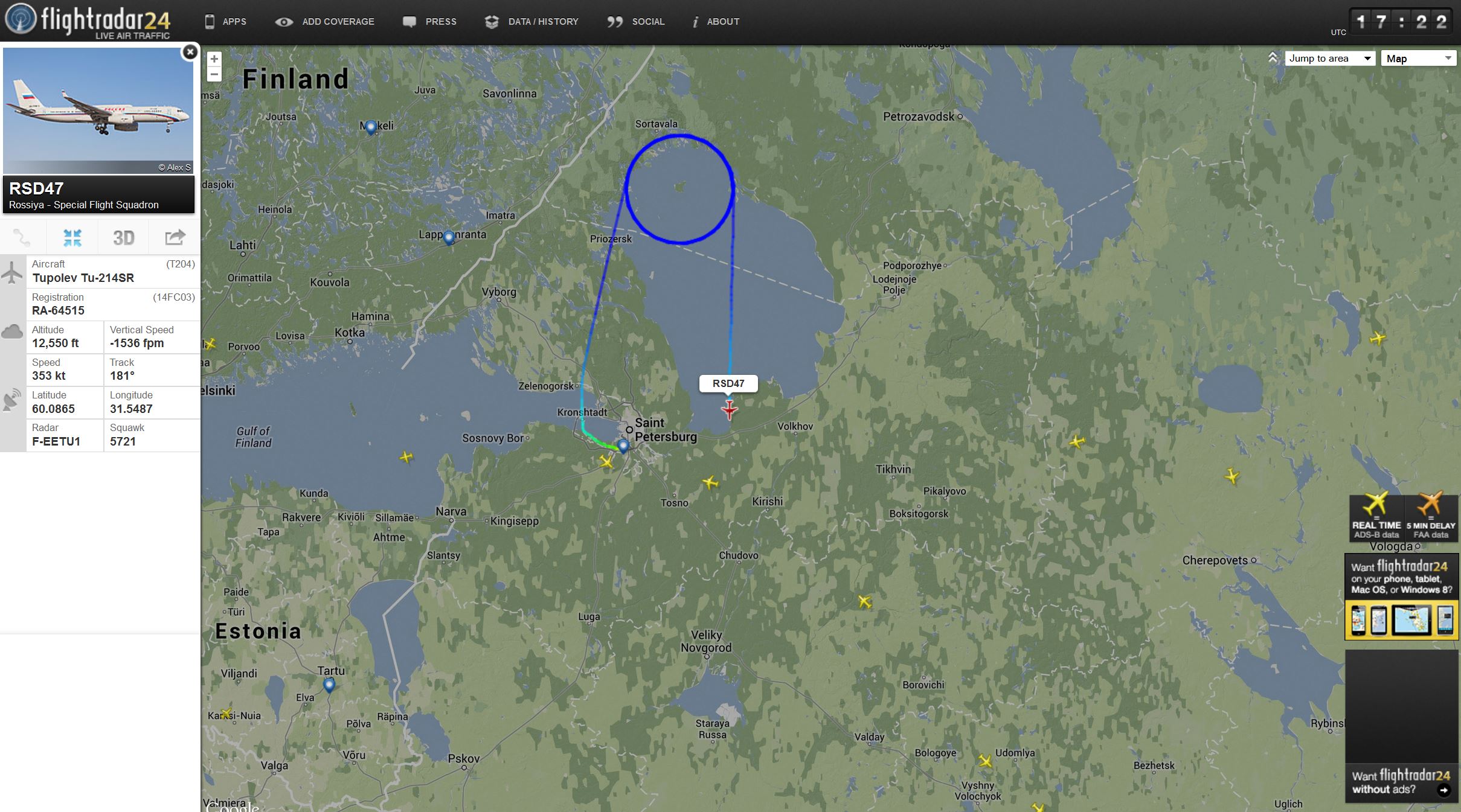