Initial jobless claims surged from 304k to 329k this week, the biggest weekly rise since mid-December. From exuberance at new cycle lows, we swing to the average of the last 8 months. This is the biggest miss to expectations in over 2 months. Continuing Claims dropped further to new cycle lows at 2.68 million (beating expectations) – its lowest since Dec 2007. So this is as good as it gets for continuing claims – America is back at its best! 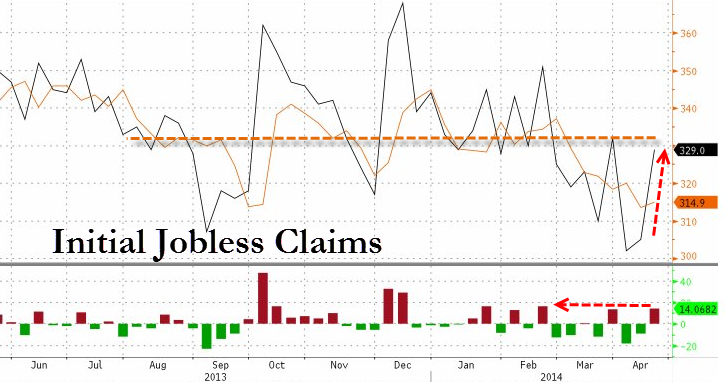 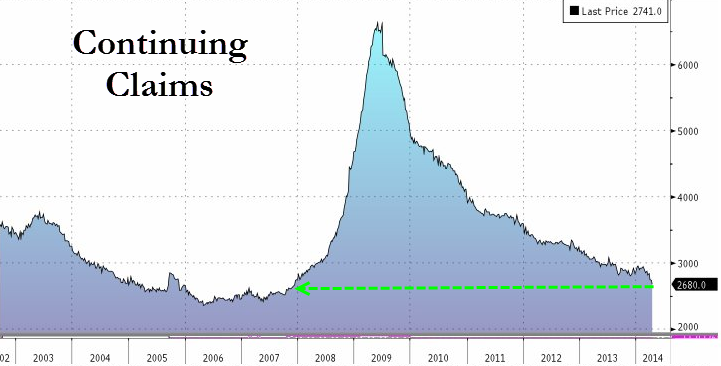 1 thought on “Initial Jobless Claims Jump Most In 4 Months, Continuing Claims At Best Since 2007”