Ask any European why their standard of living is so atrocious (after years of freeflowing debt-funded largesse) and the answer is well-known: austerity.

Also ask any European if austerity means public debt should go up or down and the answer is also as clear: down.

Which is why most Europeans will likely be confused to very confused when presented with the latest Eurostat data according to which not only did Eurozone debt rose remain just shy of all time record highs and certainly increasing from a year ago, but those PIIGS nations which are the first to blame austerity for everything, such as Greece (net of the debt wiped out as part of its 2012 bankruptcy of course), Portugal, Spain and Italy, all saw their public debt hit all time highs.

Where did the bulk of the debt growth in the quarter come from? The usual suspects: Greece, Slovenia and Croatia.

Finally, the complete breakdown by nation. It is here that perhaps one has the biggest issues with the definition of austerity because it is quite clear that for all the screaming and yelling, Greek, Italian, Spanish and Portuguese debt and debt/GDP all rose across the board. 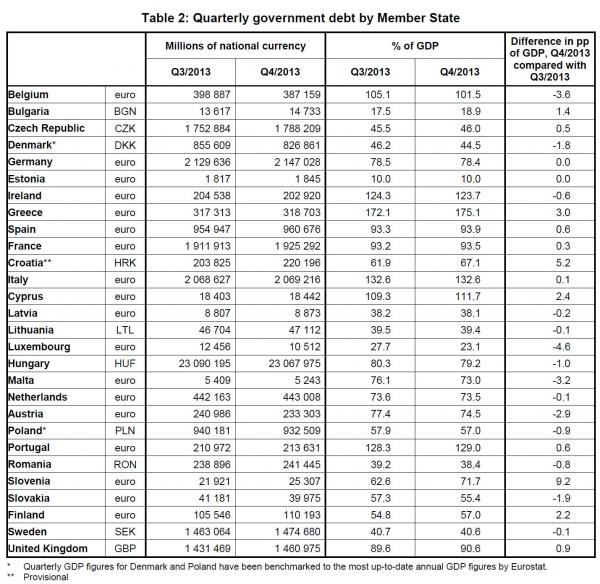