Until now, the terrible trail of dead bankers has been only among US and European financial executives. However, as Caixin reports, the increasing pressures on the Chinese banking system appear to have take their first toll. Li Jianhua, director of China’s Banking Regulatory Commission (CBRC), died this morning due to a “sudden heart attack” – he was less than 49 years old. Li was among the main drafters on new “caveat emptor” market-based rules on China’s shadowy banking system and recently said in an interview that “now is not only a time to control risk, but to transform the trust industry.. if it’s too loose, it’s a big problem.” Li was found by his wife. 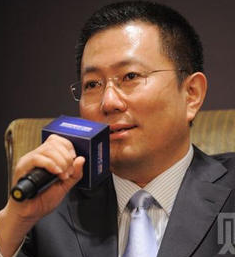 Li Jianhua, director of the CBRC AfDB died due to heart attack, still less than 49 years old. As planned, Li Jianhua this morning to attend a major industry conference.

According to several sources close to the CBRC said, Li Jianhua was revising to 12 o’clock at night.

Unexpectedly around 6:00 this morning, his wife found him passed away, due to sudden heart attack.

Both inside and outside China Banking Regulatory Commission expressed sorrow and regret.

It seems clear that Li was somewhat anti-bailout, preferring market forces to fix the trust industry…

Li Jianhua has made it clear for the new financial reporters that this understanding is wrong. No. 99 Wen emphasized that “sellers responsible” does not mean that the buyer can zero-risk, high-yield.

Now China has not yet Trustee Ordinance, if the trustee’s duty to strengthen and plug loopholes flaws, accordingly, “caveat emptor” is also strengthened. This is the market rules.

For the trust industry has experienced many ups and downs rectification, Li Jianhua was believed that this industry is still promising, but trust industry needs to find new profit model, there is also the process of transformation…

“if too loose, I’m afraid to be a big problem.”

This brings the sad list of senior financial services exectives who have died in the last few months to 13: