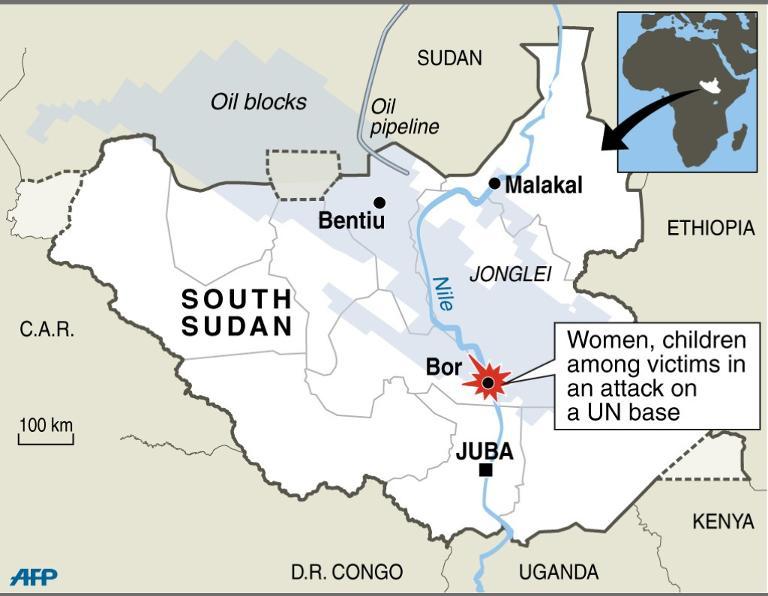 The attack on the UN base near the city of Bor, some 120 miles north of the capital of Juba, took place on Thursday and was blamed on locals who were seeking revenge for the recent takeover of the city of Bentiu by opposition forces.

Locals pretending to be peaceful protesters delivering a petition forced their way into the camp on Thursday and opened fire before being beaten back by UN security personnel (UNMiss).

“The army has come in now. They have been ordered to protect UNMiss so there will be no attack from anybody,” Ateny Wek Ateny, President Salva Kiir’s spokesman, told Reuters by phone.

Thousands of people have been killed and more than 1 million displaced since fighting erupted in South Sudan in the middle of December, triggered by a power struggle between Kiir and former vice-president Riek Machar.

The violence has also taken on an ethnic dimension, with Dinka people loyal to Kiir against civilian militias and defected government troops loosely allied to Machar, who is Nuer.

The two sides fought for control of strategic towns before a ceasefire was signed on 23 January, but sporadic clashes since the ceasefire deal erupted into full-blown combat this week, when the rebels seized control of Bentiu, the capital of oil-producing Unity state.

3 thoughts on “UN Base Attacked In South Sudan: 58 Killed, More Than 100 Injured”