In the aftermath of the disastrous, for both the US and Saudi Arabia, false flag campaign to replace the Syrian regime with one which would be amenable to allowing a Qatari gas pipeline to pass underneath the Al-Qaeda rebel infested country, there were numerous rumors that the reign of Saudi’s infamous former ambassador to the US and current intelligence chief, Prince Bandar “Bush” bin Sultan – the man who we suggested was the puppetmaster behind the entire failed operation – had come to an end. Some two months ago, Shia Post reported that “News sources announced that the chief of the Saudi spying apparatus Bandar bin Sultan has been dismissed… Since creation of crisis in Syria by Saudi Arabia, Qatar and Turkey, Bandar bin Sultan’s name has been heard time and again in tandem with the Syrian crisis.” 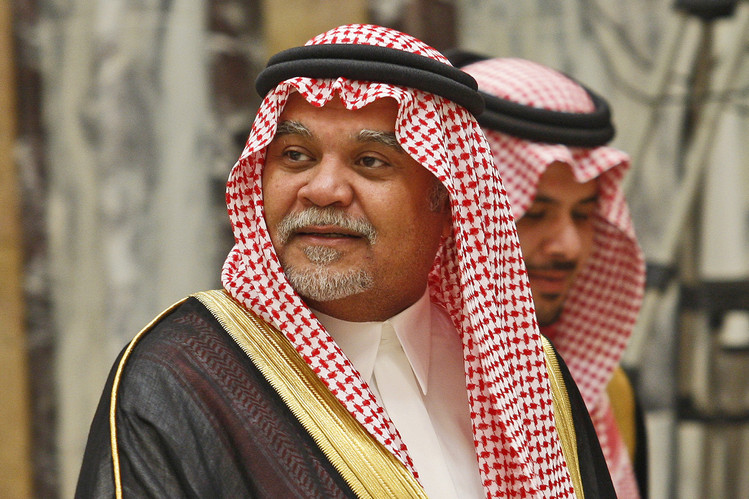 Moments ago, in a tersely worded statement from the Saudi Press Agency, it was indeed confirmed that, perhaps in response to his failed handling of the Syrian conflict, Prince Bandar has indeed been sacked.

Hardly surprising, here is the explanation why the person who was once one of America’s most bosom allies in the Middle East, just got the boot:

Bandar bin Sultan is one of the main mindsets and players of regional insecurity especially in Syria, Iraq and Lebanon. His supports for terrorist groups acting in Syria are not hidden to anybody. This Saudi prince has very close relations with the armed terrorists in Syria. Recently he had lashed out at the Al-Saud family over its way of backing terrorists. These criticisms have annoyed Saudi monarch Abdullah.

Nevertheless, perhaps one of the reasons for firing Bandar bin Sultan was the issue raised by some Saudi authorities as Riyadh’s “failure of foreign policy” regarding the Syrian crisis. Some of the political pundits have said that Sultan’s performance of the recent months have even worried Washington. Now, it is expected that with the designation of Mohammad bin Nayef bin Abdul Aziz as the new chief of the Saudi security, the Washington-Riyadh ties will be normalized since this figure of the Saudi royal family is trusted by the US officials.

Apart from all surmises, Bandar bin Sultan is considered as one of the successors of the monarchial regime. Bandar has been regarded as a powerful figure in the war of power among the Saudi princes. It seems that his obstinacy in decision-making was another cause of King Abdullah’s fear of his power. This fear has reached the extent that the senile Saudi king has made up his mind to sack Bandar bin Sultan from the most important security apparatus of the country in a bid to alleviate part of the internal criticisms and promote Mohammad bin Nayef’s position. Furthermore, changes in the Saudi security apparatus will pave the way for maintaining the demands of the US regime; especially that, according to some news sources, Mohammad bin Nayef’s appointment has been done after the US officials’ order.

But don’t cry for the Prince – his net worth is estimated to be well in the billions.

2 thoughts on “Prince Bandar bin Sultan, Head Of Saudi Intelligence, Has Been Sacked”