Monsanto have requested the removal of an Appeals Court Judge in Mexico, who ruled against them in the ongoing legal battle on the prohibition of GM Maize in the country. 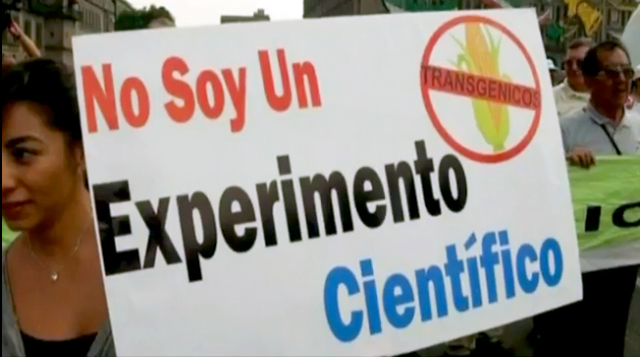 On February 28th, Monsanto made an official request for the removal of Judge Jaime Manuel Marroquin Zaleta from the court case that has already made 2 rulings to ban GM Maize cultivation in Mexico.

For Full Overview of the GMO situation in Mexico view here

Monsanto have accused Judge Marroquin Zaleta of stating his opinion on the case before sentencing.

In December, Judge Marroqun Zaleta threw out the appeals of Mexico’s SEMARNAT (Environment and Natural Resources Ministry), and Monsanto, who were attempting to overturn a September court ruling that banned the planting of GM maize in Mexico.

Rene Sanchez Galindo, the attorney for the group Acción Colectiva, stated Wednesday that, “the accusation against a Federal Judge by a multinational company, which has been questioned for lying to the world’s population with misleading information about the damage their products cause , and whose employees occupy high positions in governments around the globe; is tantamount to granting a merit badge to the Judge.”

Acción Colectiva is a group of 53 scientists and 22 organizations, which successfully brought the case to ban GM maize in Mexico. It is led by Father Miguel Concha of the Human Rights Center Fray Francisco de Vittoria; Victor Suarez of ANEC (National Association of Rural Commercialization Entertprises); Dr. Mercedes Lopéz of Vía Organica; and Adelita San Vicente, a teacher and member of Semillas de Vida, a national organization that has been involved in broad-based social action projects to protect Mexico’s important status as a major world center of food crop biodiversity.

The Appeals Court decision in December went further in securing the first judgement by stating that even if a new court case is filed on this subject by Monsanto and its government supporters, the suspension shall remain in effect until the appeals court has made a final ruling.

The Mexican federal government had allowed trial crops of GM maize to be planted in Mexico since 2009 before the shock decision in September made by the Twelfth Federal District Court for Civil Matters of Mexico City. Judge Jaime Eduardo Verdugo J. cited “the risk of imminent harm to the environment” as the basis for the decision.