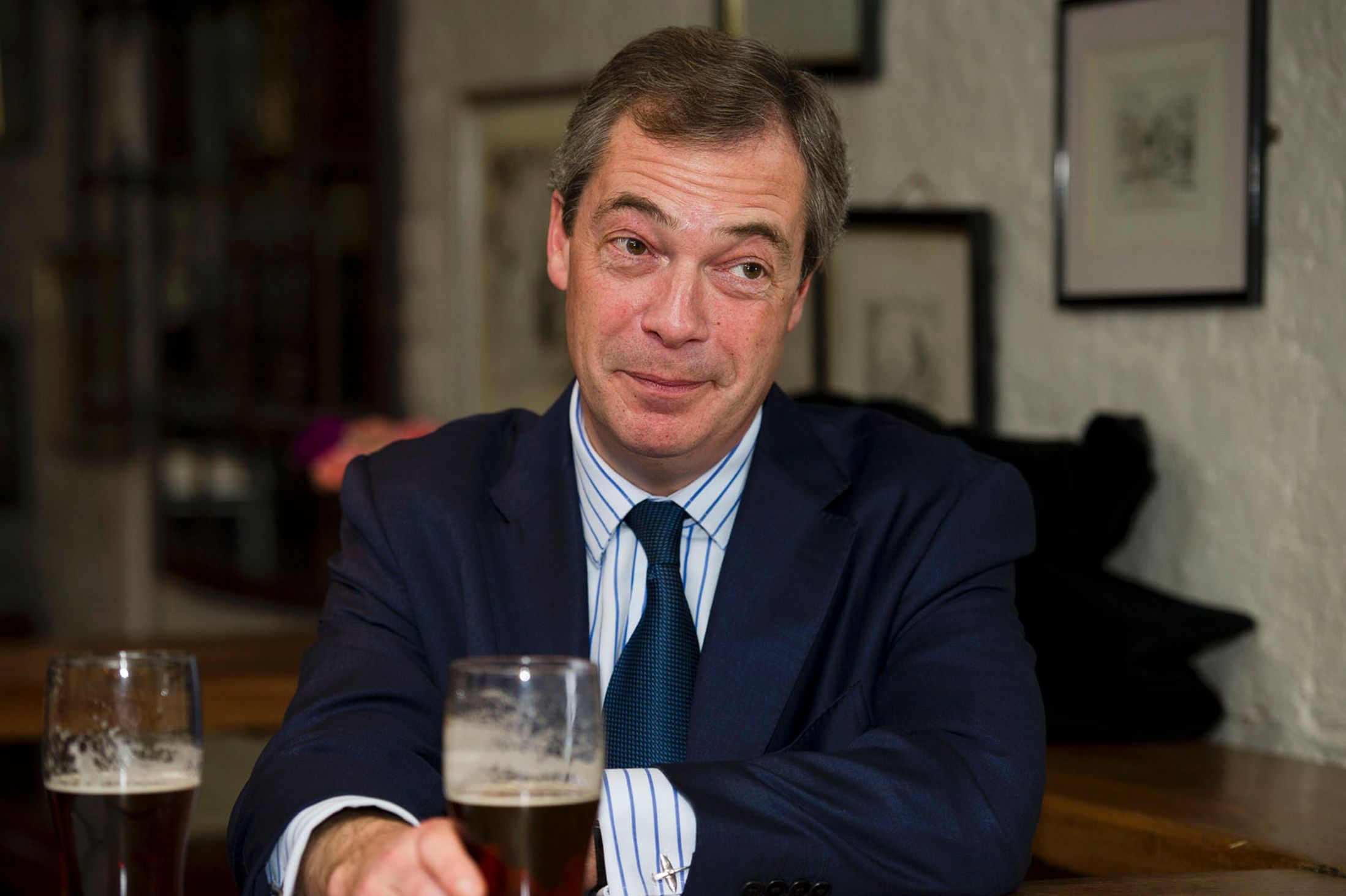 Nigel Farage: ‘As an operator, but not as a human being, I would say Putin. The way he played the whole Syria thing – brilliant.’

Nigel Farage has named Vladimir Putin as the world leader he most admires, praising the Russian president’s handling of the crisis in Syria.

But the Ukip leader had less kind words for Angela Merkel, describing the German chancellor as “incredibly cold”.

He also said he saw little to choose between the leaders of Britain’s three major parties, telling GQ magazine he does not give a damn whether David Cameron or Ed Miliband wins next year’s general election.

Farage’s comments emerged just days after the Eurosceptic MEP said the European Union had “blood on its hands” for encouraging rebellion in Ukraine, Syria and Libya. While stressing he did not approve of Putin’s annexation of Crimea, he said EU leaders had been “weak and vain”, adding: “If you poke the Russian bear with a stick he will respond.”

Farage was questioned for GQ by Labour’s former director of communications Alistair Campbell, in his first interview in his new role as the glossy monthly’s “arch-interrogator”.

Asked which current world leader he most admired, Farage replied: “As an operator, but not as a human being, I would say Putin.

“The way he played the whole Syria thing. Brilliant. Not that I approve of him politically. How many journalists in jail now?”

Putin has been blamed by the West for prolonging the Syrian conflict by supplying arms to dictator Bashar al-Assad and blocking moves to censure or sanction him at the United Nations, but was widely seen to have outwitted the US last year when he brokered a deal under which Damascus agreed to give up its chemical weapons.

On Merkel, Farage said: “She is incredibly cold. I always say – I agree this is a bit rude – but whatever you think of the public image of Merkel, in private she is even more miserable. I warm to more extrovert people.”

Asked by Campbell to say something positive about the three major party leaders, the normally garrulous Farage was almost lost for words, describing each of them as “nice”.

Cameron is “a perfectly nice fellow who stands four-square for nothing,” Miliband a “nice chap, not very worldly – I would love to see him in a working men’s club in Newcastle”, while Liberal Democrat leader Nick Clegg – who took on Farage in a TV debate last week – was a “very nice guy, just wrong”.

Farage said there was “absolutely no doubt at all” that Cameron decided to offer an in/out referendum on Britain’s EU membership because of pressure on his party from Ukip, adding: “It was the last thing he wanted to do. He was Mr No, No, No.”

Asked who he would like to win the election, assuming Ukip does not, he replied: “I don’t care … If I was back in the London Metal Exchange I’d not give a toss, because 100% of the legislation affecting me is made in Brussels.”

Pressed to pick between Cameron and Miliband, Farage said: “Don’t give a damn. Ed has come up with some pretty bonkers ideas.”

Farage was caught out in a TV interview in January when he admitted he did not know many of the policies from Ukip’s 2010 election manifesto, which he disowned.

And he was little better prepared to answer questions from Campbell on policies currently on the Ukip website, saying that he “hadn’t seen it for ages”.

He said he “hadn’t seen the wording” of the law and order policy on the site, and when told that it makes the claim that “violent crime is erupting on our streets”, he admitted: “Oh, I do need to look at this.”

On the subject of what he might do after leaving politics, though, he did have an answer, telling Campbell he would like to be a US-style radio “shock jock”.

“I have always had a real yearning for radio, and I look at how American radio is developing,” he said. “Potentially I would be very interested in being a shock jock, though Ofcom might be tricky. Some of the American stuff is appalling, wild stuff, crazy conspiracy theories.”