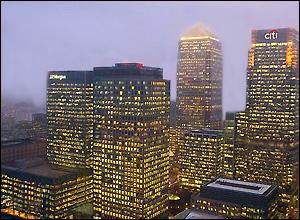 Families of young JPMorgan Chase workers who have experienced tragic deaths over the past four months, have been kept in the dark on many details, including the fact that the bank most likely held a life insurance policy on their loved one – payable to itself. Banks in the U.S., as well as other corporations, are allowed to make multi-billion dollar wagers that their profits from life insurance policies on employees will outstrip the cost of paying premiums and other fees. Early deaths help those wagers pay off.

According to the December 31, 2013 financial filing known as the Call Report that JPMorgan made with Federal regulators, it has tied up $10.4 billion in illiquid, long term bets on the death of a large segment of its employees.

The program is known among regulators as Bank Owned Life Insurance or BOLI. Federal regulators specifically exempted BOLI in passing the final version of the Volcker Rule in December of last year which disallowed most proprietary trading or betting for the house. Regulators stated in the rule that “Rather, these accounts permit the banking entity to effectively hedge and cover costs of providing benefits to employees through insurance policies related to key employees.” We have italicized the word “key” because regulators know very well from financial filings that the country’s mega banks are not just insuring key employees but a broad-base of their employees.

Just four of the largest U.S. banks, JPMorgan Chase, Bank of America, Wells Fargo and Citigroup hold over $53 billion in investments in BOLI according to 2013 year-end Call Reports. Death benefits from life insurance is purchased at a multiple to the amount of the investments, meaning that $53 billion is easily enough to buy $1 million life insurance policies on 159,000 employees, and potentially a great deal more. Industry experts estimate that the total face amount of life insurance held by all banks in the U.S. on their employees now exceeds half a trillion dollars.

When the General Accountability Office (GAO) looked into the matter for Congress in 2003 and 2004, it found the insidious practice of continuing the life insurance even after the employee had left the company – nullifying any ability to consider him or her a “key” to the business. The GAO wrote: “Unless prohibited by state law, businesses can retain ownership of these policies regardless of whether the employment relationship has ended.” The GAO found that multiple companies held life insurance policies on the same individual.

In 2006, Congress passed the Pension Protection Act which included a section on these policies. Instead of outlawing BOLI and its corporate sibling, Corporate Owned Life Insurance (COLI), Congress grandfathered all of the millions of previously issued policies while tweaking a few tax and reporting rules.

One bedrock of insurance law dating back to the 19th Century is that a party must have an insurable interest in the life of another person in order to take out an insurance policy. The U.S. Supreme Court held in Warnock v. Davis in 1881 that “in all cases there must be a reasonable ground, founded upon the relations of the parties to each other, either pecuniary or of blood or affinity, to expect some benefit or advantage from the continuance of the life of the assured. Otherwise the contract is a mere wager, by which the party taking the policy is directly interested in the early death of the assured. Such policies have a tendency to create a desire for the event. They are, therefore, independently of any statute on the subject, condemned, as being against public policy.”

While it is highly questionable that rank and file employees are “key” to the success of a business, there is certainly no question that their contribution to the business ends when they terminate their employment. And yet, somehow, banks are allowed to collect death benefits on terminated workers right under the nose of State insurance regulators. The explanation is likely the secrecy which surrounds these policies, limiting knowledge of death payments to just the bank and the insurance company.

One reason banks are enamored with taking out policies on other people’s lives and keeping the practice as hush-hush as possible with the willing consent of regulators is that the gullible U.S. taxpayer who bailed out the banks to the tune of trillions of dollars from 2008 to 2010 and is now subsidizing too-big-to-fail through an implied permanent Federal backstop, is also subsidizing these death wagers. Both the buildup in the cash value of the policy over time and the payment of the death benefit are tax-free income to the bank; the more workers they insure, the more tax-free income they receive to help their bottom line; and the less corporations pay in their share of Federal income taxes, shifting more and more of the burden to the struggling middle class.

Banks have also exploited other tricks with the billions invested in these policies. JPMorgan is the assignee for Patent number 5,806,042 at the U.S. Patent and Trademark Office, titled “System for Designing and Implementing Bank Owned Life Insurance (BOLI) With a Reinsurance Option.” Noteworthy features of this scheme include the following:

“Reinsuring the BOLI plan by a captive insurance subsidiary of the parent bank or holding company allows the bank to augment the cash value gains of the BOLI plan by providing cash revenue sources from fee income associated with investment and trust management. Reinsurance also minimizes the impact to the bank’s profit and loss statement by keeping the assets within the corporate structure of the bank holding company…”

Whether JPMorgan is providing its own reinsurance through an affiliate or just suggesting this patented idea to others is unknown. What is known is that JPMorgan has multiple insurance subsidiaries in both the U.S. and the U.K. When the final Volcker Rule was published, it carried this notation in footnote 1813:  “This requirement is not intended to preclude a banking entity from purchasing a life insurance policy from an affiliated insurance company.”

It is doubtful that regulators are fully aware that BOLI assets may actually remain under the control and management of the banks, rather than the insurance companies providing the death benefits.

On March 15 of last year when Senator Carl Levin opened the hearing on the $6.2 billion in losses of depositors’ money in the exotic derivative bets by JPMorgan’s London Whale trading fiasco, he chastised the bank for failing to make loans to worthy businesses. Levin said JPMorgan had “the lowest loan-to-deposit ratio of the big banks, lending just 61 percent of its deposits out in loans.” Apparently, said Levin, “it was too busy betting on derivatives to issue the loans needed to speed economic recovery.”

Ina Drew, the head of the Chief Investment Office (CIO) at JPMorgan responsible in 2012 for overseeing the London Whale trades (who has since left the firm) revealed in her testimony to Levin’s committee that she was also overseeing the “company-owned-life-insurance portfolio…”

“The CIO engaged in a wide range of asset-liability management activities. As of the first quarter of 2012, the CIO managed the Company’s $350 billion investment securities portfolio (this portfolio exceeded $500 billion during 2008 and 2009), the $17 billion foreign exchange hedging book, the $13 billion employee retirement plan, the $9 billion company-owned-life insurance portfolio, the strategically-important MSR hedging book, and a series of other books including the cash and synthetic credit portfolios.”

Banking used to be a simple business to understand. The bank took in insured deposits and then loaned out the money at a higher rate than it paid on the deposits to people needing loans to buy homes, to start new businesses or expand existing ones.  But then came the 1999 repeal of the Glass-Steagall Act, which had kept commercial banks separate from Wall Street trading houses since the Great Depression, and the partial repeal of the Bank Holding Company Act of 1956 which had barred commercial banks from merging with insurance companies.

As a result of those repeals through legislation known as the Gramm-Leach-Bliley Act, Wall Street’s behemoth banks are more dangerous than at any time since the 1929 crash. The banks are essentially everywhere you don’t want your insured deposits to be. Each mega bank now owns thousands of other businesses in fields like insurance, mergers and acquisitions, stock and bond underwriting, securitizations, commodities trading, structuring of exotic derivative bets, and the latest – making tens of billions of dollars in wagers on the deaths of their own employees.

Because nothing in the banks’ financial filings break out the number of lives the company has insured; how far down in rank the company insures its workers; or the total amount of life insurance it has in force, Wall Street On Parade sent two emails to two of JPMorgan’s top media relations personnel asking those questions. We gave them four days to respond. Despite pointing out that the questions go to the heart of the quality of earnings of JPMorgan Chase, an issue to which shareholders are entitled to transparency under U.S. securities laws, neither individual responded.

Because regulators have become willful enablers to some of the worst practices on Wall Street, the Wall Street worker must now look out for himself. Various state laws prohibit BOLI without the consent of the insured. New York State’s Department of Financial Service says this about BOLI policies on employees residing within New York: “Under some insurance programs, New York State insurance regulations require that employees approve the purchase of life insurance at initiation of coverage and have a notification and terminate right when they leave employment. Procedures that standardize notification and documentation should exist to ensure compliance with these insurance requirements and other applicable laws and regulations. Failure to comply could jeopardize the tax benefits associated with the insurance.”

Notice the big penalty for banks that don’t comply; they could simply lose the tax benefits.