– Fukushima Is An Extinction Level Event: 17.91 Billion Lethal Doses (By Ingestion) Chasing Each And Every One Of Us On The Planet … And That’s Just From The Amount Of Cesium-137 (Veterans Today) 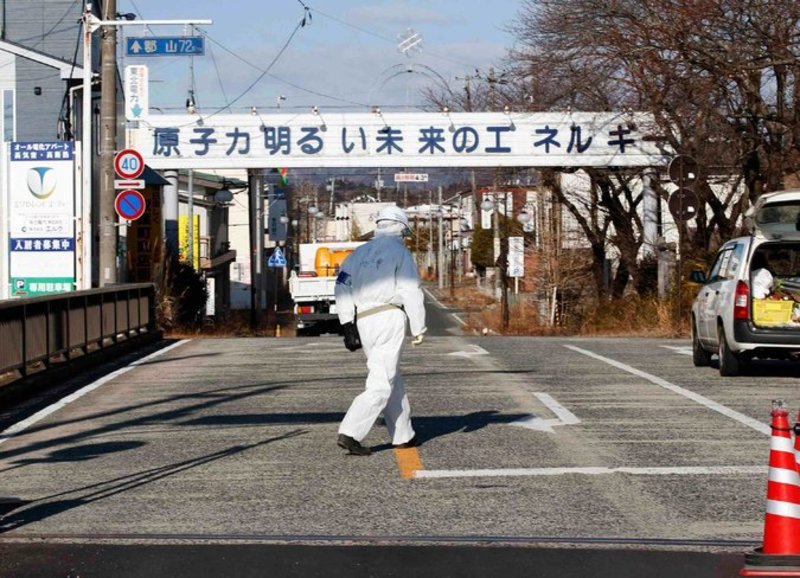 A decontamination worker at the entrance of Futaba, an abandoned town near the Fukushima nuclear plant. The sign proclaims a bright future with nuclear power

TOKYO — In the chaotic, fearful weeks after the Fukushima nuclear crisis began, in March 2011, researchers struggled to measure the radioactive fallout unleashed on the public. Aoyama Michio’s initial findings were more startling than most. As a senior scientist at the Japanese government’s Meteorological Research Institute, he said levels of radioactive cesium 137 in the surface water of the Pacific Ocean could be 10,000 times as high as contamination after Chernobyl, the world’s worst nuclear accident.

Two months later, as Mr. Aoyama prepared to publish his findings in a short, nonpeer-reviewed article for Nature, the director general of the institute called with an unusual demand — that Mr. Aoyama remove his own name from the paper.

“He said there were points he didn’t understand, or want to understand,” the researcher recalled. “I was later told that he did not want to say that Fukushima radioactivity was worse than Chernobyl.” The head of the institute, who has since retired, declined to comment for this article. Mr. Aoyama asked for his name to be removed, he said, and the article was not published.

The pressure he felt is not unusual — only his decision to speak about it. Off the record, university researchers in Japan say that even now, three years after the triple meltdown at the Fukushima Daiichi plant, they feel under pressure to play down the impact of the disaster. Some say they cannot get funds or university support for their work. In several cases, the professors say, they have been obstructed or told to steer clear of data that might cause public “concern.”

“Getting involved in this sort of research is dangerous politically,” said Otaki Joji, a biologist at Japan’s Ryukyu University who has written papers suggesting that radioactivity at Fukushima has triggered inherited deformities in a species of butterfly. His research is paid for through private donations, including crowdfunding, a sign, he said, that the public supports his work. “It’s an exceptional situation,” he said.

The precise health impact of the Fukushima disaster is disputed. The government has defined mandatory evacuation zones around the Daiichi plant as areas where cumulative dose levels might reach 20 millisieverts per year, the typical worldwide limit for nuclear-power-plant workers. The limit recommended by the International Commission on Radiological Protection is one millisievert per year for the public. Some scientists argue that below 100 millisieverts the threat of increased cancers is negligible. But as Ian Fairlie, an independent consultant on radiation risk and a former scientific secretary to Britain’s Committee Examining Radiation Risks from Internal Emitters documents here, there are numerous instances in which lower levels of emission have produced cancers. 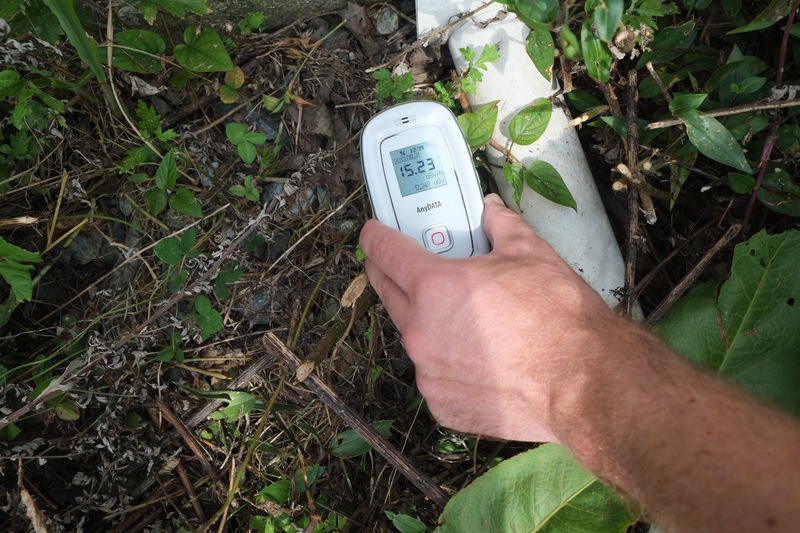 Radiation reading taken in IitateVillage, September 2013. This reading of 15.23 microsieverts per hour translates into 133.4 milisieverts a year – far above govt. limits.

In an effort to lower radiation and persuade about 155,000 refugees to return home, the government is trying to decontaminate a large area by scraping away millions of tons of radioactive dirt and storing it in temporary dumps. Experts at Japan’s National Institute of Advanced Industrial Science and Technology put the cost of this project at $50 billion — widely considered an underestimate.

The chance to study in this real-life laboratory has drawn a small number of researchers from around the world. Timothy A. Mousseau, a professor of biological sciences at the University of South Carolina who has written widely on Chernobyl, studies the impact of radiation on bird and insect life. He has published papers suggesting abnormalities and defects in some Fukushima species. But he said his three research excursions to Japan had been difficult.

In one case, a Japanese professor and two postdoctoral students dropped out of a joint research paper, telling him they could not risk association with his findings. “They felt it was too provocative and controversial,” he said, “and the postdocs were worried it could hamper their future job prospects.” 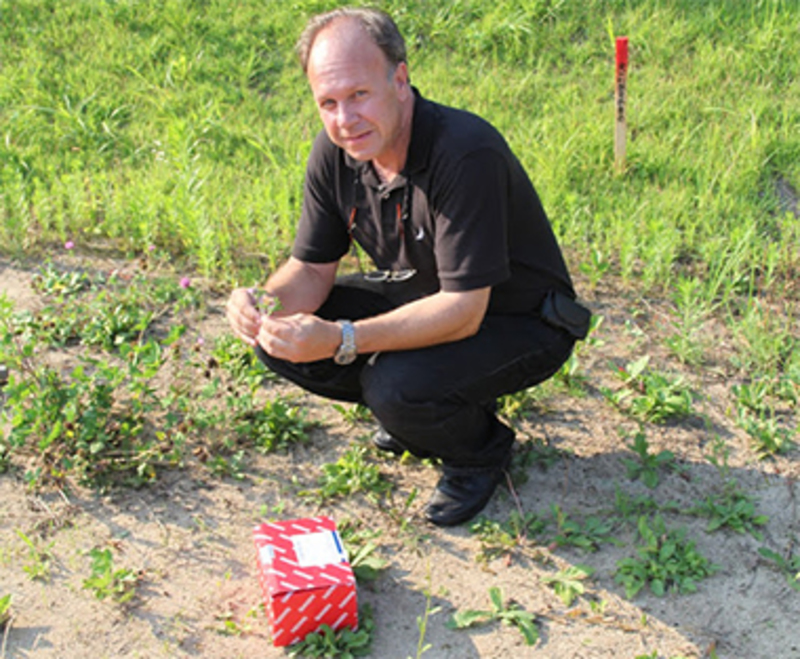 Mr. Mousseau is careful to avoid comparisons with the Soviet Union, which arrested and even imprisoned scientists who studied Chernobyl. Nevertheless, he finds the lukewarm support for studies in Japan troubling: “It’s pretty clear that there is self-censorship or professors have been warned by their superiors that they must be very, very careful,” he said.

The “more insidious censorship” is the lack of funding at a national level for these kinds of studies, he added. “They’re putting trillions of yen into moving dirt around and almost nothing into environmental assessment.”

Long before an earthquake and tsunami triggered the Fukushima meltdown, critics questioned the influence of Japan’s powerful nuclear lobby over the country’s top universities. Some professors say their careers have been hobbled because they expressed doubts about the nation’s nuclear policy and the coalition of bureaucrats, industrialists, politicians and elite academics who created it.

Mr. Aoyama, who now works at Fukushima University, sees no evidence of an organized conspiracy in the lack of openness about radiation levels — just official timidity. Despite the problems with his Nature article, he has written or co-written eight published papers since 2011 on coastal water pollution and other radiation-linked themes.

But stories of problems with Fukushima-related research are common, he said, including accounts of several professors being told not to measure radiation in the surrounding prefectures. “There are so many issues in our community,” he said. “The key phrase is ‘don’t cause panic.”’

He is also critical of the flood of false rumors circulating about the reach of Fukushima’s radioactive payload.

Ken Buesseler, a senior scientist at the Woods Hole Oceanographic Institution’s department of marine chemistry and geochemistry, in Massachusetts, who has worked with Mr. Aoyama, said he has spent much of his professional energy fighting the rumor mill. The cause is not helped, he added, by institutional attempts to gag Japanese professors.

“Researchers are told not to talk to the press, or they don’t feel comfortable about talking to the press without permission,” Mr. Buesseler said. A veteran of three post-earthquake research trips to Japan, he wants the authorities to put more money into investigating the impact on the food chain of Fukushima’s release of cesium and strontium. “Why isn’t the Japanese government paying for this, since they have most to gain?”

One reason, critics say, is that after a period of national soul searching, when it looked as if Japan might scrap its commercial reactors, the government is again supporting nuclear power with plans moving ahead to open several reactors in 2014. Since the conservative Liberal Democrats returned to power, in late 2012, Prime Minister Abe Shinzo has begun trying to sell Japan’s nuclear technology abroad.

Much of the government funding for academic research in Japan is funneled through either the Japan Society for the Promotion of Science or the Ministry of Education, Culture, Sports, Science and Technology. Proposals are screened by government officials and reviewed by an academic committee.

Shoji Yusuke, a spokesman for the ministry, cannot say how many proposals for studying the impact of radiation had been greenlighted, but he insists that the application system is fair. ‘‘The screening is conducted by peer review, so we don’t direct or don’t favor one particular research field,’’ he said. ‘‘We assess applications purely from the scientific point of view.’’ The Japan Society also says its applications process is not politicized.

Many independent scientists, however, contend that rather than simply defend what is a piecemeal approach to studying the disaster, the government should take the lead in creating a large, publicly financed research project.

That lack of official commitment pushes the responsibility for research and analysis entirely onto struggling professors, said a Japanese biologist – one of several who demanded anonymity for fear of reprisals from their university and the government. “It’s not that there is not funding for research into Fukushima. It’s that the state has not shown much support for research into evaluating the impact on living things,” he said.

Mousseau agrees: “If we’re ever going to make any headway into the environmental impact of these disasters, statistical power, scientific power, is what counts,” he said. “We get at it with massive replication, by going to hundreds of locations. That costs money.”

This is a revised and expanded version of an article that appeared in The Chronicle of Higher Education.

David McNeill writes for The Independent and other publications, including The Irish Times, The Economist and The Chronicle of Higher Education. An Asia-Pacific Journal coordinator, he is a coauthor of Strong in the Rain: Surviving Japan’s Earthquake, Tsunami and Fukushima Nuclear Disaster (Palgrave Macmillan, 2012).