“They have destroyed Japan and are continuously contaminating the Pacific. We have tried to escape but cannot walk over land. The ocean vibrates, radiation… radiation in the deep. We cannot get out. A shadow lurks in the dark. We can not get out… they (radioactive particles) are coming.” 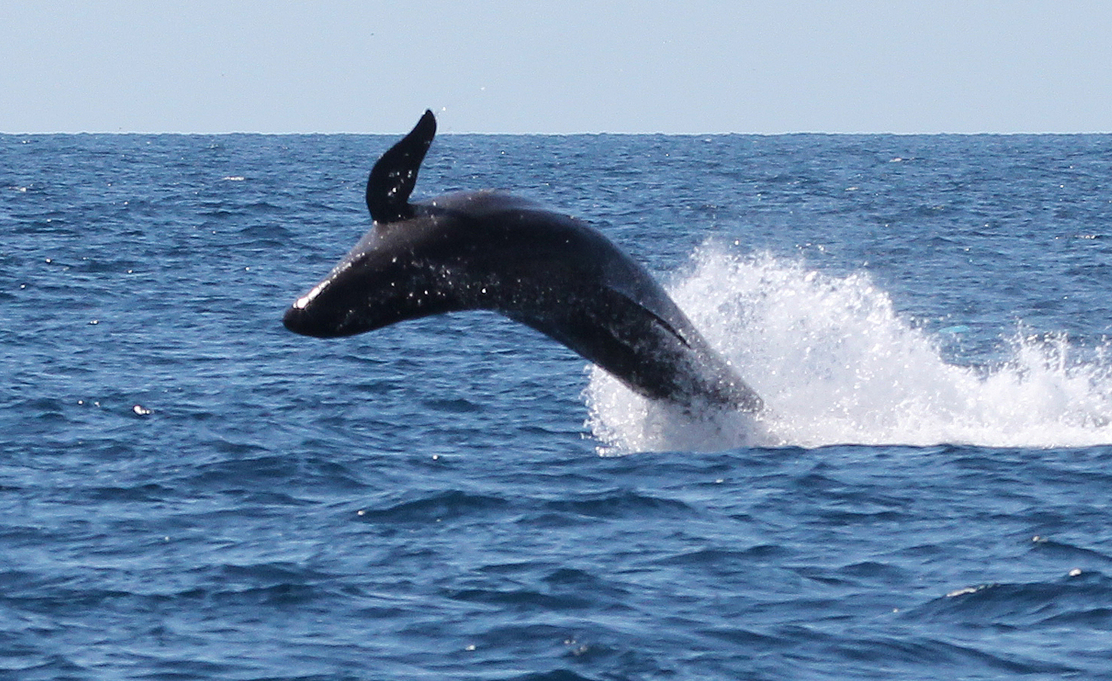 – ‘Ultra-Rare’: Up to 70 endangered ‘whales’ by California coast — Seen once in several decades, lives in open ocean — Breached as if performing, rubbing heads on boat — So loud thought it was engine — “Seemed to be speaking to camera” — Also spotted in Western Pacific same day (VIDEO) (ENENews, March 14, 2014):

Corona Del Mar Today, Mar. 13, 2014: False killer whales are members of the dolphin family and are listed as endangered […] “According to the news, these are so rare that they haven’t been seen in Southern California for well over a decade,” [Sgt. John Hollenbeck] said. “They were traveling in a pod of perhaps 50 or so, spread out over about a quarter of a mile. They were very noisy. I could hear them whistling and singing to each other through the hull of my boat as they passed around me. I’ve heard that many times before before with common dolphins, but these were much louder. Initially, I didn’t even realize it was their song – I thought there was something wrong with the engine on my boat.”

Pete Thomas Outdoors, Mar. 13, 2014: [There were] between 50 and 70. […] [Capt. Dave Anderson] managed not only to capture close-ups of the false killer whales, but vocalizations […] including one that seemed to be speaking to the camera. “I’ve never seen anything like it,” Anderson said. “I was sitting there for about five minutes and the whales came over and surrounded me. Their whistles were so loud I could hear them above the surface.”

KPCC, Mar. 12, 2014: Ultra-rare ‘false killer whales’ sighted off California – [NOAA’s Jay Barlow] says he last saw this species in Southern California in the early 1980s […] Normally they live in tropical waters, and Barlow says even there they are rarely seen. One reason false killer whales are seen so rarely is that they typically live in the open ocean […]

CBS, Mar. 12, 2014: “I have been cruising in this area for many years, and I have never seen this species of cetacean off of our coast.” -Capt. Mike Bursk, Ocean Institute’s RV Sea Explorer

GrindTV, Mar. 13, 2014: On Monday morning, a pod of similar size was spotted off Ensenada, Mexico […] during each sighting, one animal stood out because of the peculiar shape of its spine. [Bursk] said the false killer whales came to him and were riding in his wake. When he stopped, some of the mammals rubbed their heads against the vessel. […] [Capt. Larry Hartmann] spent about 45 minutes alone with a small pod, and said they were breaching, as if “performing for me.”

South China Morning Post, Mar. 13, 2014: Hong Kong’s unusually chilly waters didn’t put off one unusual group of visitors. A pod of about 100 false killer whales has been in local waters […] the first mass sighting of the marine mammal in Hong Kong. […] researchers found the sight of the pod deeply impressive. “If you looked around, they were everywhere. It was spectacular view” [Dr Samuel Hung Ka-yiu said] “I can’t really think why (they were here).”

See also: US Gov’t Expert: Large marine animals likely sensed danger of Fukushima plume and fled, “Not going to wait until they start to die off” — Explains unprecedented concentrations of whales and other sea life clustering off West Coast? (VIDEO)