– The Invasion So Far: Visual Summary Of Russian Forces And Movements (ZeroHedge, March 1, 2014):

Moments ago Interfax reported that two Russian anti-submarine warships have appeared off the coast of Ukraine’s Crimea region, violating an agreement on Moscow’s lease of a naval base, according to a Ukrainian military source as saying. Then again what else would a Ukrainian military source say. The source added that the two vessels, part of Russia’s Baltic Fleet, had been sighted in a bay at Sevastopol, where Moscow’s Black Sea Fleet has a base.

So imagine two extra anti-sub ships off Sevastopol in the map below which until this latest update from Contemporary Issues and Geography, was keeping an accurate running update of all the most recent developments in the staggered Russian invasion of the Ukraine. 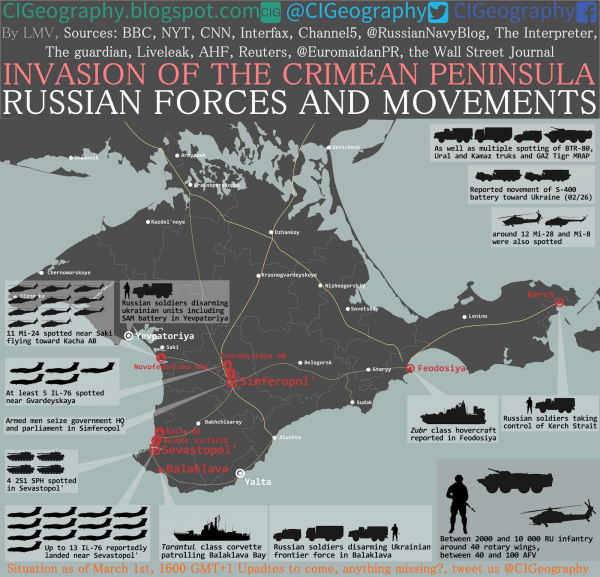