Readers will recall that back in October, when the only way for Bitcoin seemed up, none other than the head of sophisticated hedge fund/private equity megafund Fortress Group, Michael Novogratz, recommended buying Bitcoin:  “I have a nice little Bitcoin position,” Novogratz said. “Enough that I’m smiling that it doubled… Put a little money in Bitcoin…Come back in a few years and it’s going to be worth a lot.”

Or, you can come back in a few months and now that the momentum euphoria is over and done with, watch it be worth far less.

According to the FT, Fortress “is sitting on losses of $8m on an experimental investment in Bitcoin. The company’s annual report revealed that it bought $20m of the virtual currency in the final months of last year, making it the first mainstream investment company to list Bitcoin among the assets on its balance sheet.”

The value of its position was already underwater by the end of December, however, and the price of Bitcoin has continued to slip this year amid scares over the underlying technology and the bankruptcy of what was once the largest virtual currency exchange.

By buying the currency for its own account, Fortress not only places a small bet on its future value but also learns more about the practicality of using Bitcoin as a financial instrument in the future and about the potential for business built around virtual currency.

The company deemed Bitcoin too speculative, however, to put in any of the funds it manages on behalf of other investors.

Good. Because as of year end, Fortress valued its stash of Bitcoin at $16.3 million at the end of December. Since then Bitcoin has fallen by a further one-quarter so far this year, cutting the value of the stake to $12.1m at mid-Friday prices. The bankruptcy of the formerly biggest Bitcoin exchange will do that.

As for Fortress, don’t cry for the asset manager: “The experimental stake in Bitcoin represents a fraction of Fortress’s $2.6bn balance sheet. The company manages $61.8bn in assets and posted a 121 per cent rise in net income to $484m for 2013.”

Oh well: on to the next gigamomentum (to borrow a popular prefix) investment which sophisticated investors buy into and just because the dumber money always chases on their coattails, makes them believe what incredible investors they are. So for anyone following in Fortress’ footsteps: go for it, just don’t come back to check on your money “in a few years.” It will have long since been “disappeared.” Come to think of it, just like those millions of Mt. Gox bitcoins… 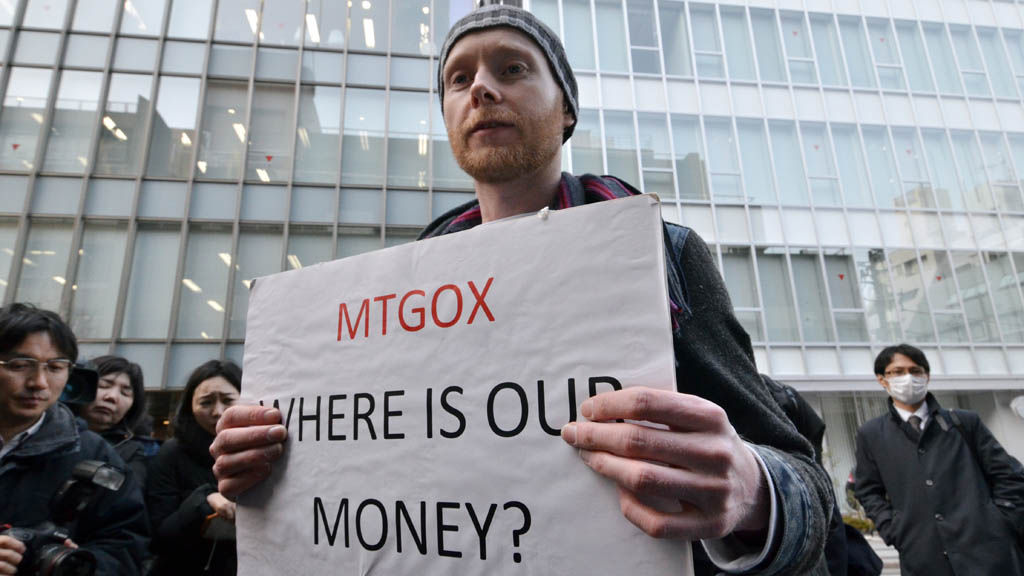