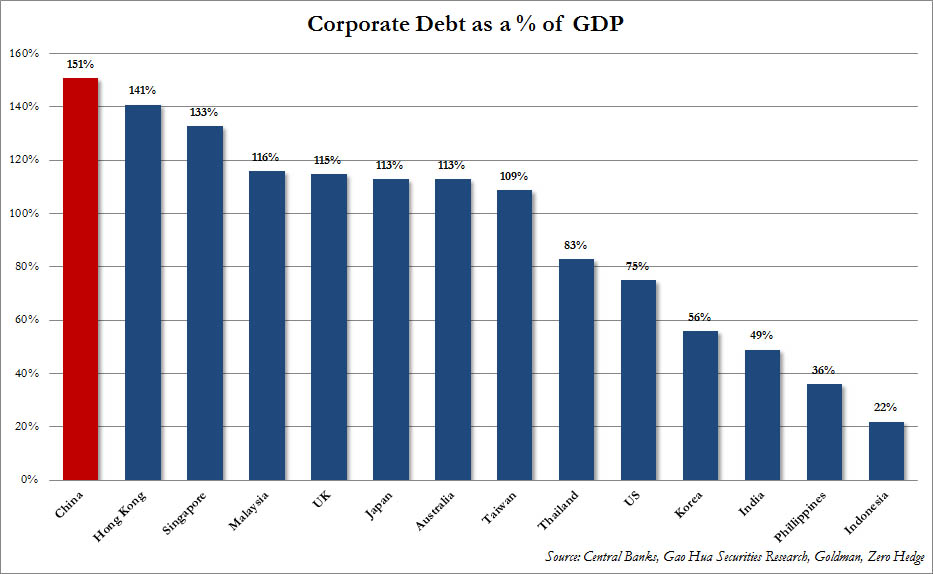 And from November 2013, “How China’s Stunning $15 Trillion In New Liquidity Blew Bernanke’s QE Out Of The Water“ 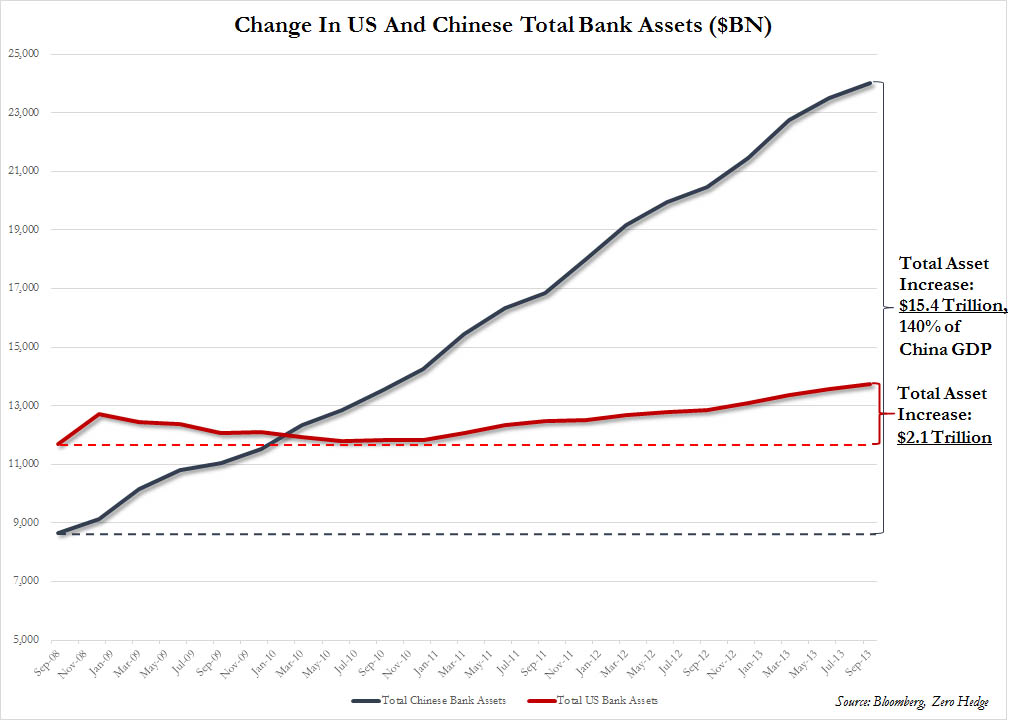 It seems people are starting to listen, and not a moment too soon: as of December 31, China’s corporate debt just hit a record $12 trillion. From Reuters:

China’s corporate debt has hit record levels and is likely to accelerate a wave of domestic restructuring and trigger more defaults, as credit repayment problems rise.

Chinese non-financial companies held total outstanding bank borrowing and bond debt of about $12 trillion at the end of last year – equal to over 120 percent of GDP – according to Standard & Poor’s estimates.

Growth in Chinese company debt has been unprecedented. A Thomson Reuters analysis of 945 listed medium and large non-financial firms showed total debt soared by more than 260 percent, from 1.82 trillion yuan ($298.4 billion) to 4.74 trillion yuan ($777.3 billion), between December 2008 and September 2013.

While a credit crisis isn’t expected anytime soon, analysts say companies in China’s most leveraged sectors, such as machinery, shipping, construction and steel, are selling assets and undertaking mergers to avoid defaulting on their borrowings.

More defaults are expected, said Christopher Lee, managing director for Greater China corporates at Standard and Poor’s Rating Services in Hong Kong. “Borrowing costs already are going up due to tightened liquidity,” he said. “There will be a greater differentiation and discrimination of risk and lending going forward.”

And then there was the worst capital misallocation in history:

Exacerbating China’s corporate troubles has been the questionable use of 4 trillion yuan in stimulus that Beijing pumped into the economy following the onset of the global financial crisis in 2008, explained Lee of Standard & Poor’s.

“Many companies invested heavily into competitive and low-return projects because funding was readily available,” he said. “These investments aren’t doing well and are making little contribution to profitability.”

Of course, there is also this: 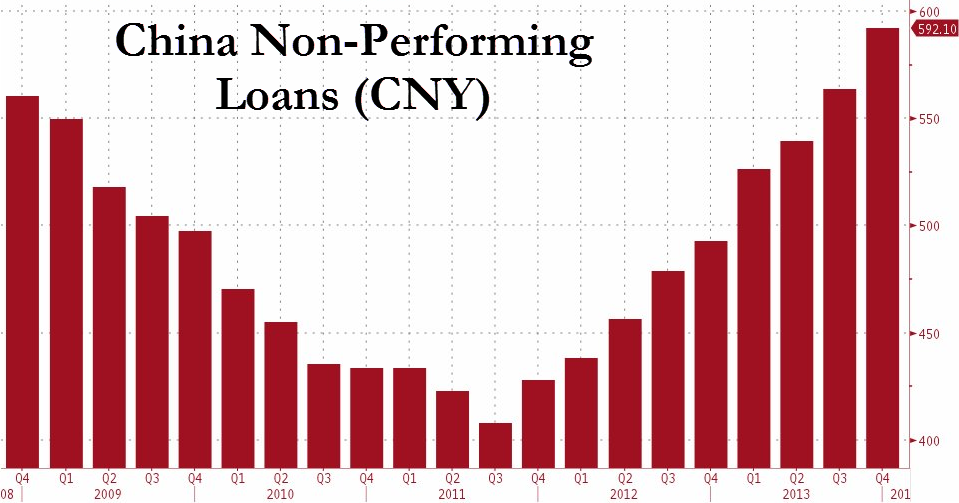 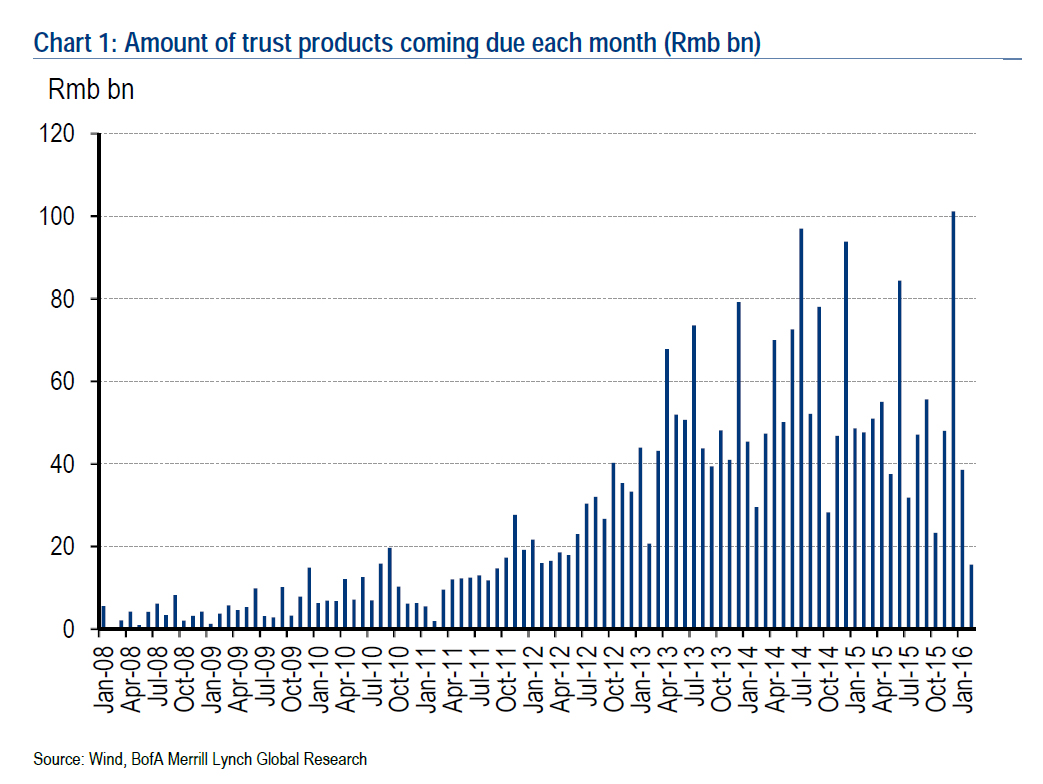 What happens next as the Chinese perfect debt storm is finally unleashed? Read this for the upcoming next steps: ‘”The Pig In The Python Is About To Be Expelled”: A Walk Thru Of China’s Hard Landing, And The Upcoming Global Harder Reset “