Just in case one was wondering for a reason not to take “Magic: The Gathering Online Exchange” too seriously, here is the latest news that has largely slammed the coffin shut on what was once the largest Bitcoin exchange.

Thank you for your patience this week while we are working on re-initiating bitcoin withdrawals. In addition to the technical issue, this week we have experienced some security problems, and as a result we had to relocate MtGox to our previous office building in Shibuya. The move, combined with some other security and technical challenges, pushed back our progress.

As much as we didn’t want to only provide an “update on an update”, this is the current status. We are committed to solving this issue and will provide more information as soon as possible to keep everyone in the loop.

We are very sorry for the delays and deeply appreciate your kind understanding and continuous support.

This is what a dying virtual currency exchange looks like… 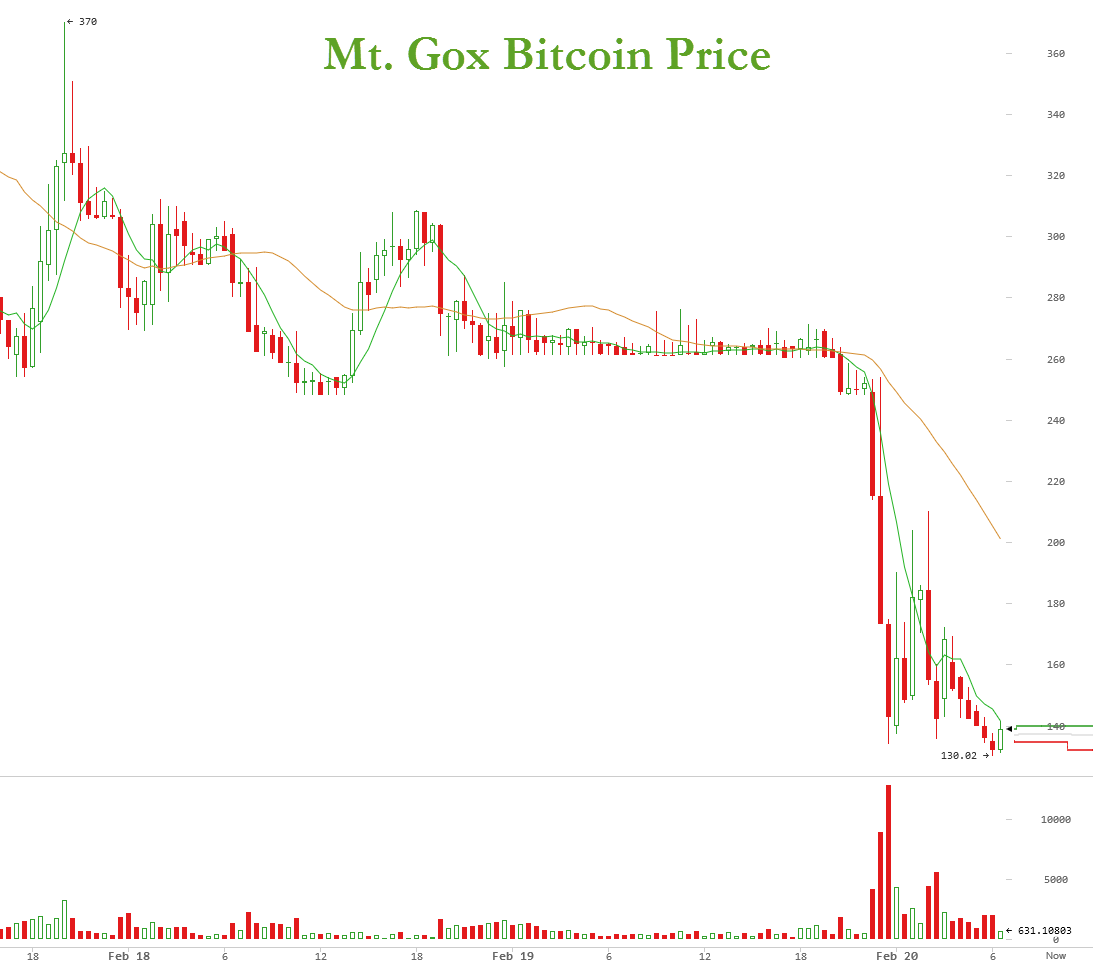 In summary, all BTC withdrawals re-frozen for another week…blamed on a small group of protesters hanging around out front of the offices looking for their money… another day in bitcoin land…

As we noted when they last froze withdrawals:

Bitcoin is no longer in Phase 1 of its evolutionary cycle. I believe Phase 2 for Bitcoin began in earnest back in November 2013, when the Senate Committee on Homeland Security and Governmental Affairs held its first hearings on the topic. Those hearings made it clear that, at least for the moment, no significant roadblocks would be put in place to prevent people from transacting with one another using the crypto-currency. Phase 2 also saw the largest Bitcoin investment to-date, a $25 million infusion led by Silicon Valley VC firm Andreessen Horowitz, as well as acceptance by major U.S. retailers, with Overstock being the most significant. Bitcoin is becoming serious, and serious means serious accountability.

As a free market currency, the market will decide the products required to keep the Bitcoin protocol open and functioning to its highest potential. The disruption of Mt. Gox will be another test for Bitcoin. A test which certainly represents a psychological challenge, but probably not much more than that. Bitcoin will survive and come out of this stronger than it was before, just as it has done so many times in the past. However, I do not believe Mt. Gox will be so fortunate.

For Mt. Gox though, I think it’s pretty much game over.

“People will be leaving Mt. Gox either way, the trust isn’t already very high, and with this now people are going to trust them even less,”