The following clip from CNBC of Nicole Miller’s CEO Bud Konheim is absolutely disgusting. Then again, this simply continues the recent trend of wealthy people coming on financial outlets and telling the poor how they are supposed to feel.

Rather than me rewriting what I already wrote on this topic, I encourage you to read my very well received post from last week:

An Open Letter to Sam Zell: Why Your Statements are Delusional and Dangerous.

This is how I ended that article:

I don’t think you’re a bad guy with evil intent. I think you are a money obsessed financier who hasn’t taken the time to actually understand what is really going on within your own country because you have your head so far up your own ass. It’s hard for anyone to actually look at themselves in the mirror and be honest about themselves and the myths they create. However, history shows us that when decadent plutocrats are unable to do so, we end up with disastrous situations. Situations which are often times violent and result in despotism. A situation I desperately hope to avoid, and I truly hope you and others like you recognize your error before it is too late.

While the CNBC clip below is priceless, equally disturbing are the results from CNBC readers to the poll question: 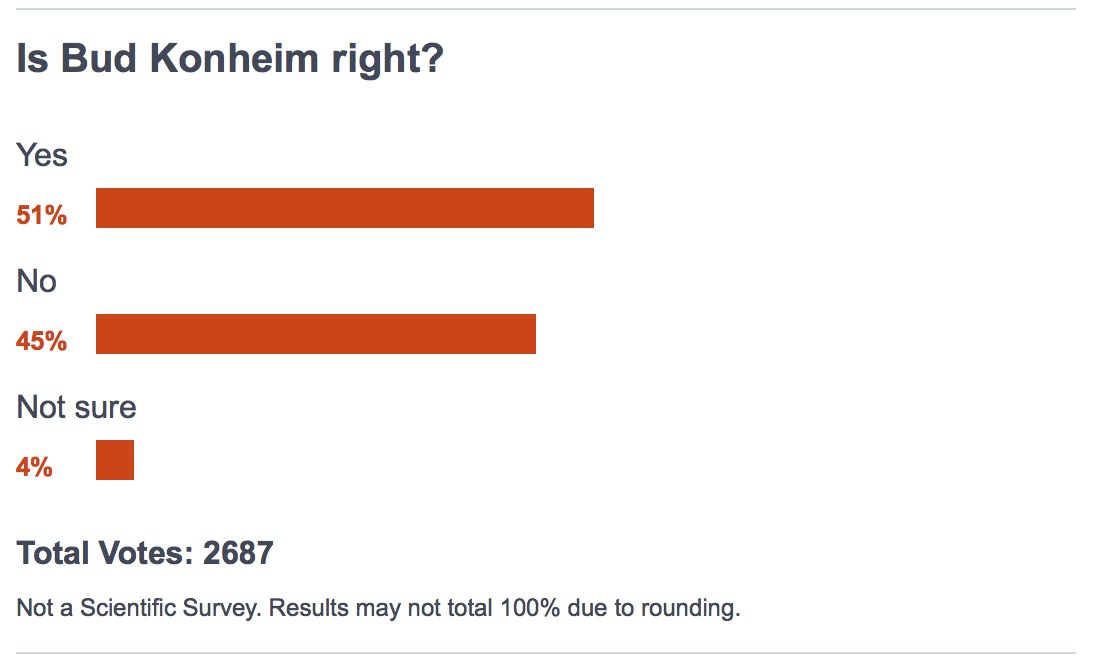 Perhaps they could try asking poor people questions about themselves for a better perspective.

Now check out the video: