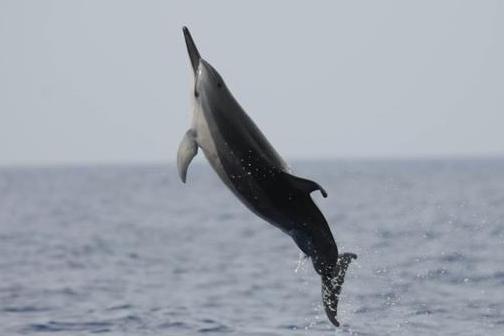 More than 400 dolphins have washed up on the shores of northern Peru and scientists are attempting to investigate the reason behind this. (Credit: David W. Johnson)

The cause of death for the dolphins has yet to be ascertained, but this is not the first time dolphins have washed up on the beaches of Peru.

LIMA — More than 400 dead dolphins have been found beached along the coast of northern Peru, with their cause of death still under investigation, according to media reports.The dolphins have been found over the past two weeks and it is not the first time this has happened. Numerous dolphins have been found on these beaches over the last two years. Imarpe, or the Peruvian Sea Institute, has sent a team of scientists to investigate why dolphins are beaching themselves.The team covered the 88-mile stretch of beaches from Pimentel to the southern part of the reserve in Illescas, located in Piura, according to local news paper El Comercio. Fishermen in the area informed the team that the dolphins regularly got caught in their nets and would die.

The scientists have conducted a few tests on tissue samples taken from the dolphins and have ascertained that some young and adult dolphins died at sea before being washed up, whereas others arrived on the beach near death.

The head of Imarpe’s Lambayeque office, Jaime de la Cruz, said that it could be possible that the dolphins ingested toxic algae.

In 2012, 800 dolphins were found dead in central and northern Peru, but Imarpe’s report concluded that they died of natural causes.