Despite record levels of unemployment across Europe (most specifically among the youth), record high (and surging) levels of loan delinquencies, and collapsing credit creation, the leaders of the EU continue to peddle their own brand of dis-information and willful blindness. While UKIP’s Nigel Farage tongue-lashings are normally enough, EU’s Barroso this morning unleashed the following:

However, as the following chart of earnings estimated for European firms shows, there is absolutely none, zero, nada sign on a ‘turning point’ and, as we have noted previously, unless the EUR weakens significantly, Europe will rapidly dip back into re-re-recession once again.

While being a strong year for equity returns, 2013 has been poor on the earnings side. Consensus now expects 2013 earnings to shrink by 3.5% and the level of earnings has been revised down by close to 15% YTD. Looking at actual earnings rather than consensus expectations, with the exception of the second quarter of 2013, earnings seasons have been poor through 2013. 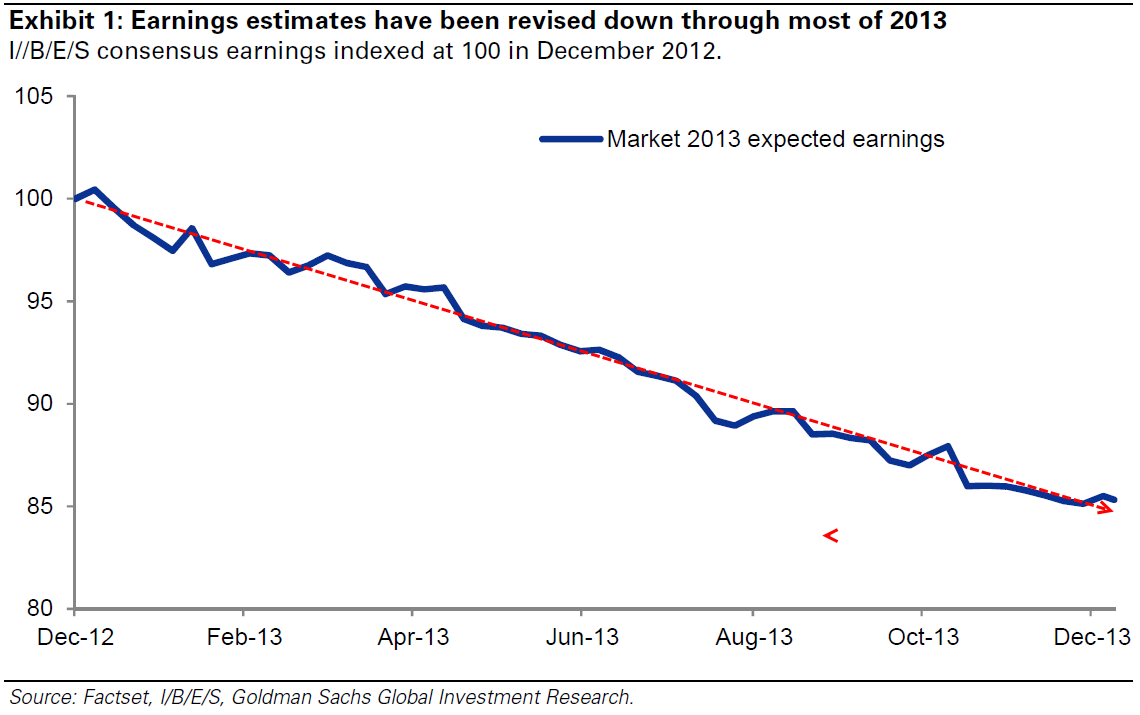 Spot the “Turning point” in that chart… 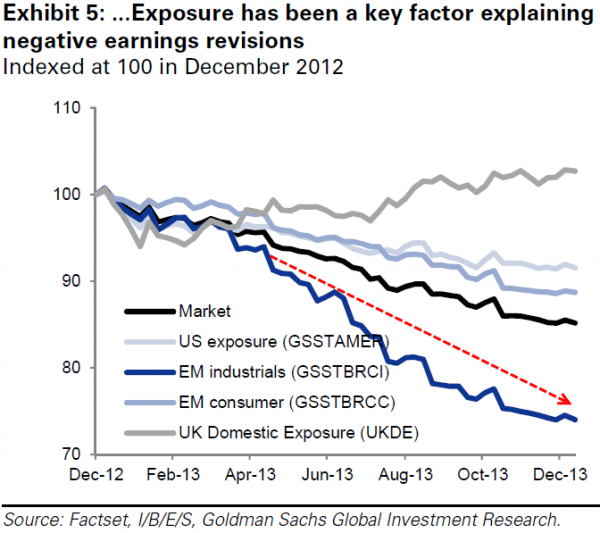 Unless the EUR weakens significantly, Europe’s major export growth markets will continue to weigh the region back into recession.

The strength of the Euro, notably against EM currencies was frequently mentioned in 3Q by companies missing estimates.

Of course, Barroso’s lies should not be a total surprise from Europe (as we noted here) and of course the final admission of guilt by Jean-Claude Juncker:

When Mr. Juncker, or European Central Bank President Jean-Claude Trichet, or French Finance Minister Christine Lagarde says something to the markets, Mr. Schuller said, “nobody seems to believe it.”

Mr. Juncker has voiced support for the practice of lying before.

The Web site EUobserver has video of Mr. Juncker, at a conference on economic governance in April, expounding on the practice and reasons for lying in financial and economic communications.

On the tape, Mr. Juncker says he has “had to lie” and, speaking about touchy economic topics, “When it becomes serious, you have to lie.