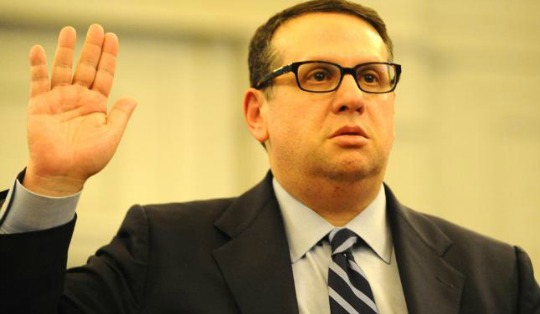 Wildstein, whom Christie appointed to a position in the Port Authority of New York and New Jersey, has already supplied a legislative committee with the most damning documents in the case so far, including an email from a Christie aide saying it was “time for some traffic problems in Fort Lee,” a sign that the lane-closing plot was hatched by Christie’s aides as a political vendetta.

Wildstein’s lawyer Alan Zegas told The Associated Press on Friday that there has not been any offer of immunity from the U.S. Attorney’s Office, which is reviewing the matter. “If he has immunity from the relevant entities, he’ll talk,” Zegas said.

Wildstein, who resigned in December, appeared last week before a legislative committee investigating the closures but refused to answer any questions. He cited his right not to incriminate himself. The committee found him to be in contempt and referred the case to a prosecutor.

On Thursday, both chambers of the Legislature passed resolutions authorizing special investigative committees to continue the probes.

According to the Wall Street Journal:

Alan Zegas, an attorney for Mr. Wildstein, said Friday that his client intends to comply with the broader subpoena within reason. Mr. Zegas said Mr. Wildstein wants to testify before the legislative committee—if Mr. Wildstein is granted immunity from federal and state prosecution. “There is a story to tell,” he said. “He would be happy to talk about all he knows.”

1 thought on “Governor Chris Christie Appointee: Give Me Immunity, I Have ‘Story To Tell’”