Mexico has long suffered blistering violence and crime at the hands of its homegrown drug cartels.

Though the Mexican government has waged war on the cartels, the effort has struggled to go anywhere. More than 90,000 people have died in the ongoing conflict.

Fed up with a corrupt police force that is often in bed with the cartels and a military that has to this point been ineffective, some Mexicans have taken it upon themselves to fight the cartels and protect their families — with an incredible conflict happening this week in the city of Paracuaro.

Below are some pictures from what’s happening south of the border:

Over the last year, vigilante groups, known as fuerzas autodefensas have sprung up all over Mexico, particularly in the southwestern state of Michoacan, an area plagued by the Knights Templar cartel. 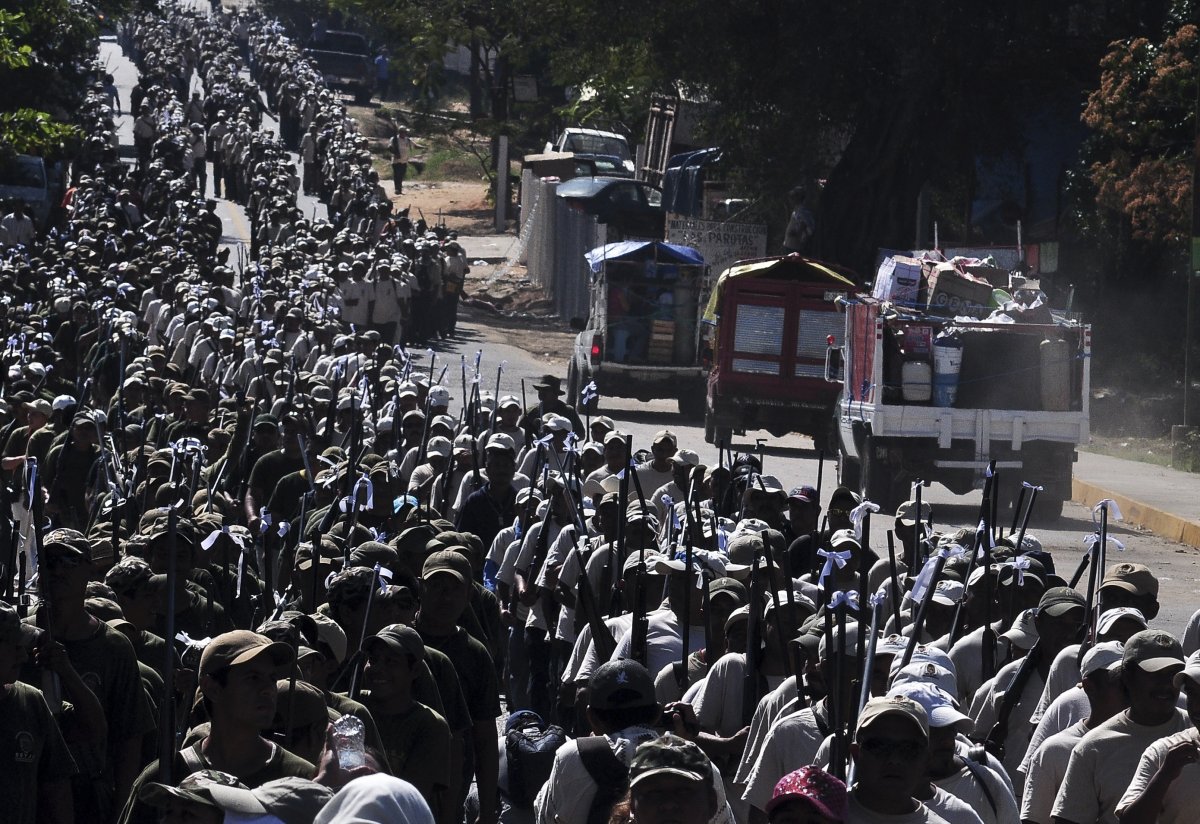 On Monday, hundreds of vigilantes stormed Paracuaro, Michoacan, where the Knights Templar had set up their headquarters, in order to seize the town back from the cartel. Below is the entrance, where vigilantes erected a checkpoint.