– The Cathedral of St. John the Divine depicts the destruction of New York & Wall Street as described in the Book of Revelation 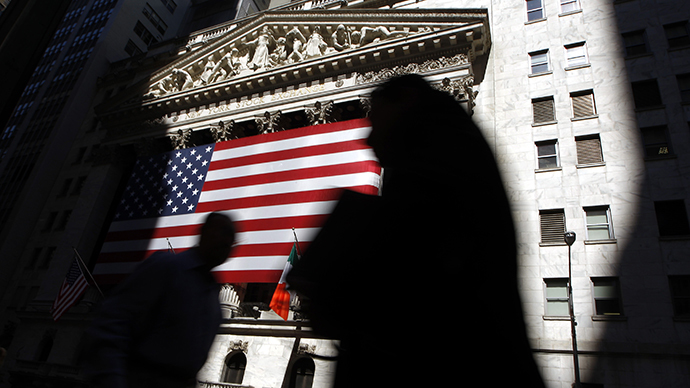 After seven years of continuous decline in the rating, the US has gone down to 12th place in the 2014 Index of Economic Freedom. The report says the US is the only country to show such a prolonged decline.

The falling ranking was primarily caused by large reductions in property rights, freedom from corruption, and increasing government spending, says the study.

Since President Obama first took office in 2009 the cost of meeting federal government regulations has increased by over $60 billion. Government spending is now over 40 percent of gross domestic product and the national debt has now ballooned to over 100 percent the size of the economy. Still the Obama administration continues to restrain entire sectors of the economy with regulation, including, finance, energy and health care. 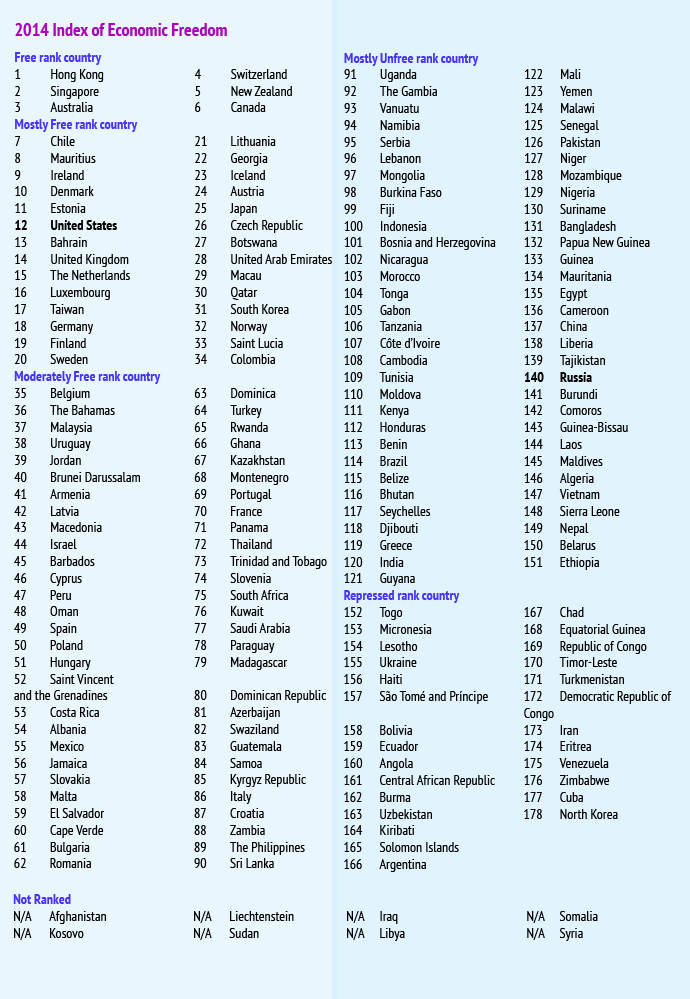 The index published by The Wall Street Journal and Washington’s No. 1 think tank The Heritage Foundation, evaluates a nation’s commitment to free enterprise by evaluating 10 categories, including fiscal soundness, government size and property rights and giving a score from 0 to 100. The higher up the scoreboard a county is, the higher is its economic growth, long-term prosperity and social progress

The US scored 75.5. In comparison the leader Hong Kong scored 90.1, followed by Singapore, Australia, Switzerland and New Zealand. These are the only economic zones to earn the index’s “economically free” designation.

Russia’s economic freedom score is 51.9, which puts its economy in 140th place, sandwiched between Tajikistan and Burundi. With improvements in four of the 10 economic freedoms, including control of government spending, counterbalanced by declines in trade freedom, freedom from corruption, and fiscal freedom the country’s score was 0.8 points higher this year. Russia came in the “mostly unfree” category, ranked 41st out of 43 countries in the Europe region, and its overall score is below the world average.

Eighteen European nations, including Germany, Sweden, Georgia and Poland, have reached new highs in economic freedom. By contrast, five others – Greece, Italy, France, Cyprus and the United Kingdom obtained score below 20 years ago, when the rating appeared.

No surprise, the most improved players are in Eastern Europe, including Estonia, Lithuania and the Czech Republic. After living under communism there is no trouble recognizing the benefits of a free-market system.