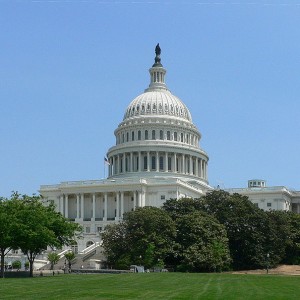 Negotiators in the U.S. Congress on Monday unveiled a $1.1 trillion spending bill that aims to prevent another government shutdown while boosting funding levels slightly for military and domestic programs – but not for “Obamacare” health reforms.

With a deadline looming at midnight Wednesday for new spending authority, lawmakers will still need a three-day stop-gap funding extension to ensure enough time for passage of the spending bill this week.

The measure eases across-the-board spending cuts by providing an extra $45 billion for military and domestic discretionary programs for fiscal 2014, to a total of $1.012 trillion. It also provides an additional $85.2 billion for Afghanistan war funding that is typically handled off-budget.

The spending measure fills in the details of a budget agreement passed in December in the aftermath of a 16-day shutdown of many government agencies in October. The shutdown was prompted largely by disputes over funding for “Obamacare” health insurance reforms.

Although many programs will get a slight increase over 2013 levels and avoid steep cuts previously slated for this year, the proposed bill does not provide any increase for implementation of the Affordable Care Act, President Barack Obama’s signature healthcare reform law.

According to a House Republican summary, a public health fund will be reduced by $1 billion to prevent Health and Human Services Secretary Kathleen Sebelius from “raiding” these funds to spend on Obamacare insurance exchanges.

The chairs of the Senate and House of Representatives Appropriations Committees said in a joint statement that the deal will eliminate the economic instability caused by Congress’ recent funding battles.

“As with any compromise, not everyone will like everything in this bill, but in this divided government a critical bill such as this simply cannot reflect the wants of only one party,” Democratic Senator Barbara Mikulski of Maryland and Republican Representative Harold Rogers of Kentucky said in a statement.

“This legislation adheres to the funding levels in the budget agreement enacted in December, unwinds some of the damaging cuts caused by sequestration,” she said in a statement.

The military avoids about $22 billion in the across-the-board cuts, with total non-war spending of about $520.5 billion under the bill, while agencies focused on domestic programs will get $491.8 billion, representing an increase of about $22 billion over sequester levels.

But some controversial budget items took a hit. The spending measure provides no funds for high-speed rail projects, and it again denied a funding transfer needed to pay for critical reforms to the International Monetary Fund.

But both Republicans and Democrats touted a provision in the bill that reverses planned military pension cuts for disabled veterans, a controversial part of the December budget deal that helped pay for about $6 billion in new spending. Military retirees of working age were to see smaller cost-of-living increases in their pensions starting in 2015 but it was later discovered that the change was inadvertently applied to disabled veterans and survivors of deceased veterans as well.

While the spending bill will reverse the cuts for disabled veterans and survivors, many Republicans in Congress still want to cancel the cuts for all retired military service members.

Negotiations on the measure bogged down as lawmakers attempted to attach policy provisions on issues ranging from restricting abortions to curtailing regulation of carbon emissions. Many of these were successfully fought off, including new abortion provisions, Mikulski told reporters.

But Republicans did get a policy provision into the measure that prohibits funding of the Obama administration’s “light bulb standard,” which prohibits the manufacture of incandescent light bulbs in favor of newer technologies that reduce energy consumption.

Passage of the measure would leave just one more significant fiscal policy hurdle during the current fiscal year which ends on September 30 – an increase in the federal debt limit. This will likely be needed by March or April to avoid a default on the Treasury’s debt and the resulting market turmoil.