“Here is a shocking article that is a MUST read. Corporations trading on Wall Street are now able to list traded services as revenue…….this is beyond corrupt!
Read and pass on, no wonder we are In a world of trouble, and this explains why the market no longer reflects the real economy. It is all air…….there is no cash or real revenue involved.”

Tech stocks have returned to bubble levels, thanks to PR, weak financial journalism and cheap credit 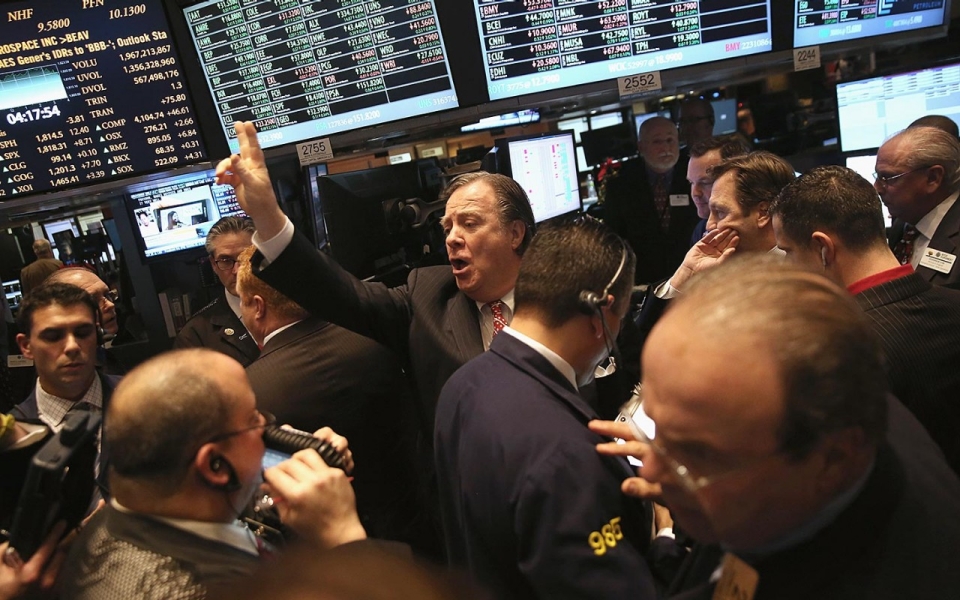 Traders on the floor of the New York Stock Exchange in New York City. The Dow Jones Industrial Average reached record highs in 2013 and was up 23% for the year.

By David Cay Johnston, an investigative reporter who won a Pulitzer Prize while at The New York Times, is a best-selling author who teaches the business, tax and property law of the ancient world at Syracuse University College of Law.

Irrational exuberance is back on Wall Street, encouraged by cheap credit lavished on heavily leveraged speculators, lax accounting rules and the unfortunate tendency to confuse the true value of stocks.

The Dow Jones Industrial Average, long a bellwether of the stock market, started the year at 13,416. Last week it hit 16,478, which is 2.5 times its low point during the Great Recession in 2009.

Given rather modest job growth, government spending cuts that have weakened the economy and other lukewarm measures of domestic and global economic growth, this rise in the Dow is difficult to explain based on rational expectations.

But the Dow’s striking 23 percent rise this year is nothing compared with the steep prices of many specific stocks, at least when traditional measures of valuation are applied.

These sky-high valuations get little skeptical coverage in the financial press, which has acted more as lapdog than watchdog in the past decade. Instead of barking warnings, many Wall Street reporters wag their tales in ways that please the speculative crowd, which, at great profit, feeds them market-moving tidbits along with a pat on the head.

A key element in today’s irrational exuberance is the rise of novel ways of valuing companies that gloss over key facts.

In the 1990s the stock bubble expanded as companies persuaded journalists to shift focus from traditional measures such as net profits and net earnings per share. A new standard — earnings before extraordinary items — became a common measure, even though some companies reported extraordinary items with almost the regularity of quarter financial reports.

Accounting rules also let companies count services traded with customers as revenue, as the Global Crossing debacle showed. The telecommunications giant’s stock collapsed from a high of $61 per share to $5 in November 2001, leading to its bankruptcy in January 2002. Worse, companies like Enron, the Houston-based energy-trading firm synonymous with the corporate-fraud epidemic of the early aughts, hid liabilities off their balance sheets, distorting public information and thus investment decisions.

The current irrational exuberance shifts the focus away from PE, or price-to-earnings ratios, a traditional measure of stock value. I call the new measure for stock values PR to reflect both the ratio of price to revenues as well as the sheen publicists get paid to put on goods and services that produce no profit.

For well more than a century, the overall PE of the Standard & Poor 500 has averaged about 15. Last summer, that PE stood at a relatively high 17, as calculated by professor Robert J. Shiller of Yale University, who won the Nobel Prize in Economics for his research into asset valuation.

Shiller created a measure called PE10, which smooths out the figure by measuring current stock prices against inflation-adjusted average earnings for the previous 10 years.

Shiller’s PE10 in December reached 25.4, a figure that suggests share prices will come down unless profits soar. Corporate profits are already at record levels, so big growth in profits seems unlikely, given the weak recovery from the Great Recession, the end of jobless benefits for 1.3 million people and other economic factors.

But a PE10 of 25 appears absolutely reasonable compared with some prices the market has put on individual stocks.

Consider Facebook, which went public in May 2012. Its stock price has more than doubled this year. Its traditional PE stands at a whopping 113.

Founder Mark Zuckerberg just unloaded 41.4 million Facebook shares for $2.3 billion, ensuring that even if the stock price collapses, he will remain wealthy. Insider selling is, traditionally, a sign that a stock is overpriced.

Facebook makes money from advertising. I used it for several years before I even noticed the ads. I have yet to buy or even consider buying anything advertised on Facebook and am confident I am far from alone. General Motors at one point dropped Facebook, saying it could not connect a single sale to the social-media website.

But Facebook looks like a bargain compared with the much bigger Amazon, whose shares the market values at 1,400 times profits. With Amazon, there is at least a business model that may someday produce robust profits. As for now, the company has booked a modest 1.6 percent of revenues as profit in the four years ending in 2012.

Facebook has a PR of 26, its 2012 revenues totaling $5 billion and its shares outstanding valued at almost $132 billion. Amazon’s PR, by contrast, is just shy of 3.

Then there’s Twitter, which is flying higher than any bird ever has, suggesting it may run out of oxygen and fall to earth.

Twitter shares traded in recent days for as much as $74.73, close to three times its initial public offering price. That peak price values the company at more than $41 billion — yet through June 30, Twitter never made even a penny of profit.

At its peak price, Twitter sold at about 130 times its revenues, though its post-Christmas stock price lowered its PR to 112.

Would that we could bring back Benjamin Graham, whose 1949 book, “The Intelligent Investor,” explains how to value stocks. Warren Buffett calls it “by far the best book on investing ever written.”

Graham looked at the profits companies earned, not the promises of what they might someday make. That is, he was an investor.

Markets can benefit from speculators, who take risks that prudent people and institutions should avoid, but speculators should represent the edges, not the core of the market.

It’s bad enough that the financial press allows the inflated commentary of tech companies to go unchallenged. But why in the world should Americans tolerate hedge funds and other speculators being subsidized with cheap and easy credit, thanks to the Federal Reserve’s policy of near-zero interest rates?

Back in 1995, Alan Greenspan, then chairman of the Federal Reserve, asked a rhetorical question about stock prices, “How do we know when irrational exuberance has unduly escalated asset values, which then become subject to unexpected and prolonged contractions, as they have in Japan over the past decade?”

We now suffer through a prolonged period with high unemployment, flat to falling wages for most workers and unrealized potential for economic growth. But the speculators are making out like bandits, thanks to government suppression of interest rates, allowing massive borrowing by offshore hedge funds, and to lax rules for both accounting and trading.

Given the history of stock markets since 1995 and today’s blinking red indicators, no one can rationally claim they were not warned when the next collapse comes, as surely it will. 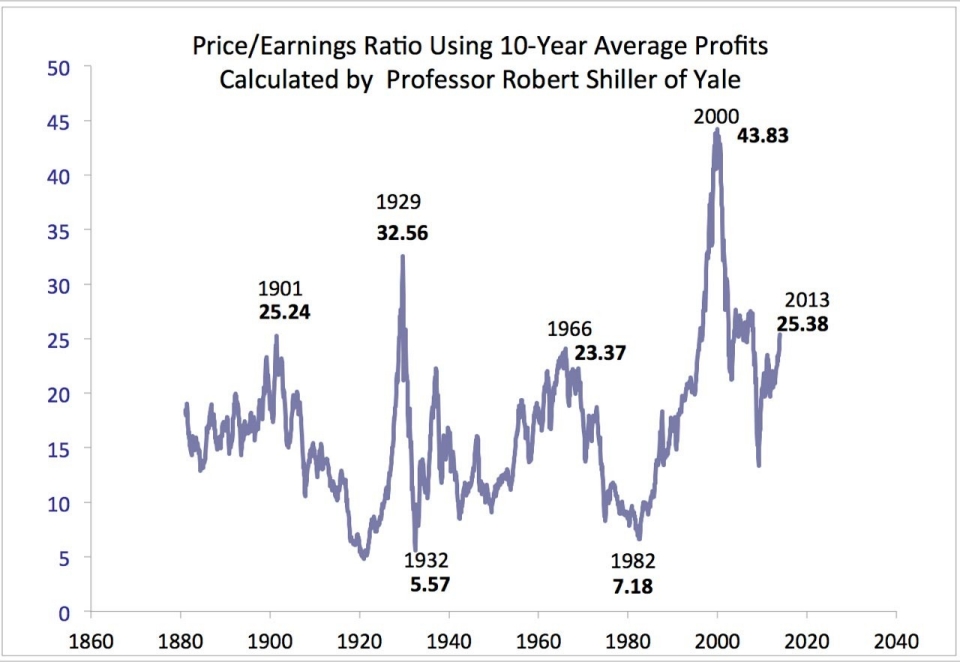