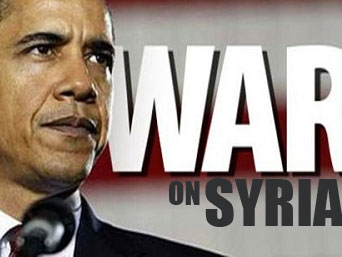 He wants a pro-Western stooge replacing him. He bears full responsibility for what’s happening. He’s been ravaging and destroying Syria since March 2011.

He’s not about to stop now. He’s gone all out to perpetuate conflict. He deplores peace. He rejects it out of hand.

His agenda is war without mercy. It shows in countless atrocities against Syrian civilians. Conflict without end continues daily. Resolving it peacefully is more illusion than reality.

Washington decided years ago to oust Assad. War on over half a dozen regional countries was planned.

Conflict without end rages in Afghanistan. Saddam and Gaddafi were toppled. Iraq and Libya remain cauldrons of violence. War on Syria shows no signs of ending. Iran’s turn awaits.

America is a warrior nation. It’s addicted to war. It’s been this way from inception. It’s history is blood-drenched. Things are worse now than ever.

America’s war on humanity rages. Freedom is vanishing in plain sight. So is social justice.

It means perpetual war against peace, stability and security. It’s about plundering the world for profit. It’s about making it unfit to live in.

Syria reflects what can happen anywhere. It’s population numbers around 22.5 million. An estimated nine million are internally or externally displaced.

He wants war, not peace. Waging one after another lets US war profiteers gorge at the public trough.

Military spending is hugely wasteful. A previous article discussed a black hole of Pentagon unaccountability. Trillions of dollars are wasted.

Was isn’t hell. It’s a bonanza. It’s hugely profitable. Why else would so many conflicts be waged?

“(T)he overwhelming majority of countries is aware that there is no alternative to political and diplomatic means in settling the Syrian crisis, what Russia has been insisting on from the very beginning.”

“(T)he political process should contribute to consolidation of efforts of all Syrians in the war on terrorism.”

The ministry stressed the importance of “finalizing a representative composition of external delegates and inviting influential regional players to secure a lasting settlement in Syria and to fulfill future solutions of the conference.”

“Russia and the United Nations believe that Iran should be added to (the participant) list.”

“There are signs of the positive impact Iran could have on the (conflict) settling process.”

“Almost everybody talks about it in private conversations, and some officials have started speaking publicly in favor of Iran taking part in the conference.”

“(T)hose who oppose the participation of Iran do this coming from ideological considerations rather than common interests.”

“Our partners in the United States are still not convinced that Iran’s participation would be the right thing to do.”

“We have agreed that we will be talking a little bit more to see if we can come to an agreement on this question.”

“On Iran, we haven’t agreed yet. But it is no secret that we in the United Nations welcome (its) participation…”

Under Secretary of State for Political Affairs Wendy Sherman will represent Washington. Her presence isn’t encouraging.

In congressional testimony on Iran, she lied to Senate Foreign Relations Committee members. She shamelessly accused Tehran of deception.

“We know (it’s) part of (Iran’s) DNA,” she said. If she said this about virtually any US ally, she’d be fired. She argued against Iran’s legitimate uranium enrichment right.

She wrongfully blames Assad for Obama’s war. She disgracefully accused him of atrocities committed by US backed death squads.

“Iran’s participation is important from the viewpoint of future implementation of the agreements that may be reached during direct inter-Syrian dialogue,” Gatilov stressed.

“There have lately been signals from some (Syrian) opposition members on the desirability of shifting the time of the conference,” said Gatilov.

“This is related primarily to the opposition’s unpreparedness to announce the composition of its delegation by” the agreed on December 27 date.

“The key point is that the opposition should announce the composition of its delegation. Without resolving this issue, it is hard to expect that the conference will take place,” he added.

It’s “an attempt to resuscitate the regime,” he said. Nations attending “do not represent the people who sacrificed with their blood.”

They’re “accomplices in selling out the blood that has been shed. We cannot allow the Geneva II game to fool the nation, to push us back 50 or 100 years.”

He thumbed his nose at Americans. Most households struggle to get by. They’re one lost paycheck away from homelessness and hunger. Times are tougher than ever for growing millions.

Obama lied about economic growth prospects, “expanding opportunity, (and) building an America that offers everyone who works hard the chance to get ahead, and every child a fair shot at success.”

He expressed confidence about “more progress together in the year to come.”

“Have a great weekend and a very Merry Christmas,” he added.

Peace is nowhere in sight. It remains a distant hope. Maybe someday. Not now.