– Releasing Fukushima radioactive water into Pacific ‘inevitable’ — Reports: Japan very aware of danger posed by past releases; Contaminants are concentrated thousands of times in food chain; At end of chain are humans “who may suffer genetic damage, cancer, other health problems and even death” (ENENews, Dec 16, 2013):

Yomiuri Shimbun, Dec. 16, 2013: Release of water into sea inevitable after purification at Fukushima plant […] The government has been in lockstep with TEPCO in a project to create as early as possible “frozen-soil underground water shields” […] Given that the project has never been attempted anywhere else, the risk of the project encountering difficulties cannot be ruled out. […] The volume of contaminated water currently stored already amounts to nearly 400,000 tons. […] Should the tanks be destroyed because of a calamity such as a strong earthquake, there is a danger that a large quantity of contaminated water could spill from them, like the collapse of a dam.

The Fukushima Nuclear Disaster : One of the World’s Worst-Ever Cases of Pollution, Professor Fumikazu Yoshida of Hokkaido University’s Graduate School of Economics, Economic Journal of Hokkaido University, March 2013: Now, the Nuclear Safety Commission has initially tolerated the dumping of radioactive contaminated water in the sea since they claim that it will be diluted. But even diluted in seawater contaminants will be concentrated thousands of times throughout the food chain. Such elementary knowledge concerning the environmental consequences of pollution […] is now apparently being forgotten. […] 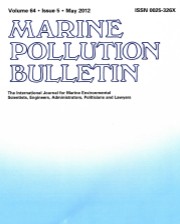 The Fukushima Nuclear Power Station incident and marine pollution, Marine Pollution Bulletin, 2012: […] The facts indicate that Japan had already been very aware of the potential danger and effects that the emission might cause […] there remains a certain potential nuclear radiation threat to the neighbouring countries of Japan […] In the long run, the radioactive wastewater will have severe effect on fish including reduction in reproductive capability, morphological abnormalities, leukopenia, anorexia, lethargy, growth depression, and hyperactivity (Forman, 1983; Lomio, 1979). […] Furthermore, the radioactive wastes once enter into the marine food chain will be harmful to various kinds of animals and finally human being themselves who may suffer genetic damage, cancer, other health problems and even death from the nuclear radiation, since the final consumers at the end of the chain are often human (Forman, 1983). […] the ocean-related economy in the bordering states may also suffer from the radioactive wastes. If, however, the potentially injured states wait until the material damage happens, in order to claim damages from Japan, it would probably be too late. […] the reasonable principle of imputation is that so long as there is sufficient evidence to prove that the acts of a state might cause serious damage to the long-term development of the marine environment, this state should bear the responsibility for transboundary harm. […]