With the recent deployment of China’s air defenze zone, and the subsequent announcement of a comparable zone by South Korea which overlaps not only with China’s own, but with that of Japan, it almost seems like a scenario designed to provoke an escalating conflict on the tiniest of provocations is actively being produced. A scenario such as the one US defense officials revealed today, when a guided missile cruiser operating in international waters in the South China Sea was forced to take evasive action last week to avoid a collision with a Chinese navy ship maneuvering nearby.

Hold on: How can two massive ships, visible to the naked eye and certainly to radar from hundreds of miles away, “nearly collide”?

Reuters reports that the incident took place on December 5 and involved the USS Cowpens. The Pacific Fleet statement did not offer details about what led to the near-collision. 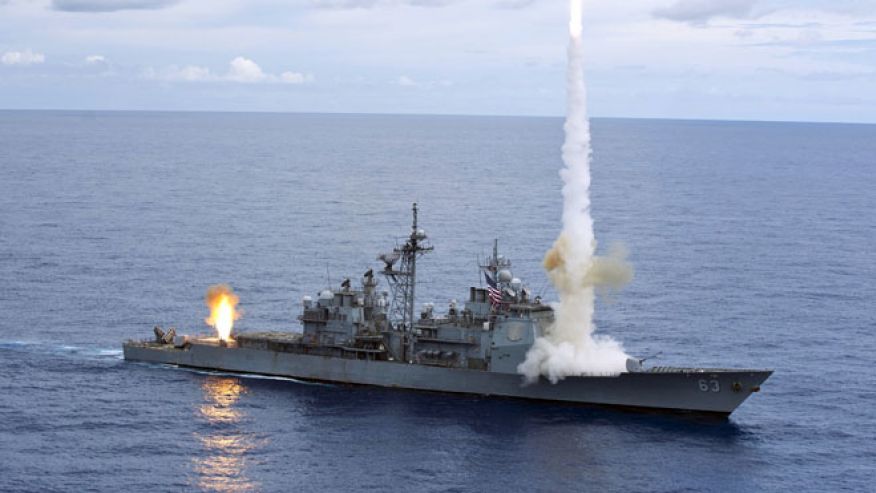 But it did say the incident underscored the need for the “highest standards of professional seamanship, including communications between vessels, to mitigate the risk of an unintended incident or mishap.”

The rest of the story is widely known:

Beijing declared the air defense zone over the East China Sea late last month and demanded that aircraft flying through the area provide it with flight plans and other information.

The United States and its allies rejected the Chinese demand and have continued to fly military aircraft into the zone, which includes air space over a small group of islands claimed by China but currently administered by Tokyo.

In the midst of the tensions over the air defense zone, China deployed its only aircraft carrier, the Liaoning, to the South China Sea for maneuvers. Beijing claims most of the South China Sea and is involved in territorial disputes in the region with several of its neighbors.

And so, the waters have been tested, so to speak, with a media “warning” on just how brazen China can be when it comes to its “aggressive” tactics in what we are confident the Chinese media will describe as its own maritime territory, begging the question of just who was provoking whom, especially since the response to a Chinese missile cruiser sailing idly by New York or San Francisco, even if in “international waters”, would hardly see the same controlled reaction by the US.

Then again, it has been only two weeks since China’s most recent “escalation.” We are confident that given time, this will be the least of the close shipping encounters that involve Chinese, US, Japanese and/or Korean navies in the East China Sea. After all, one must think of all that, GDP that as WWII taught us, can be easiest gained through some modest, or not so modest, international conflict.