As fear and nationalism rise in Japan (and Abe’s grip on the people founders amid falling approval ratings and underperforming economic indicators such as GDP tonight), so another party has joined the debacle in the East China Sea. As NHK World reports, South Korea has officially announced that it will expand its air defense identification zone, making it partially overlap those of Japan and China. The game of chicken over small islands (and submerged rocks!) in the middle of nowhere continues…

The ‘triangle’ of doom in the East China Sea… 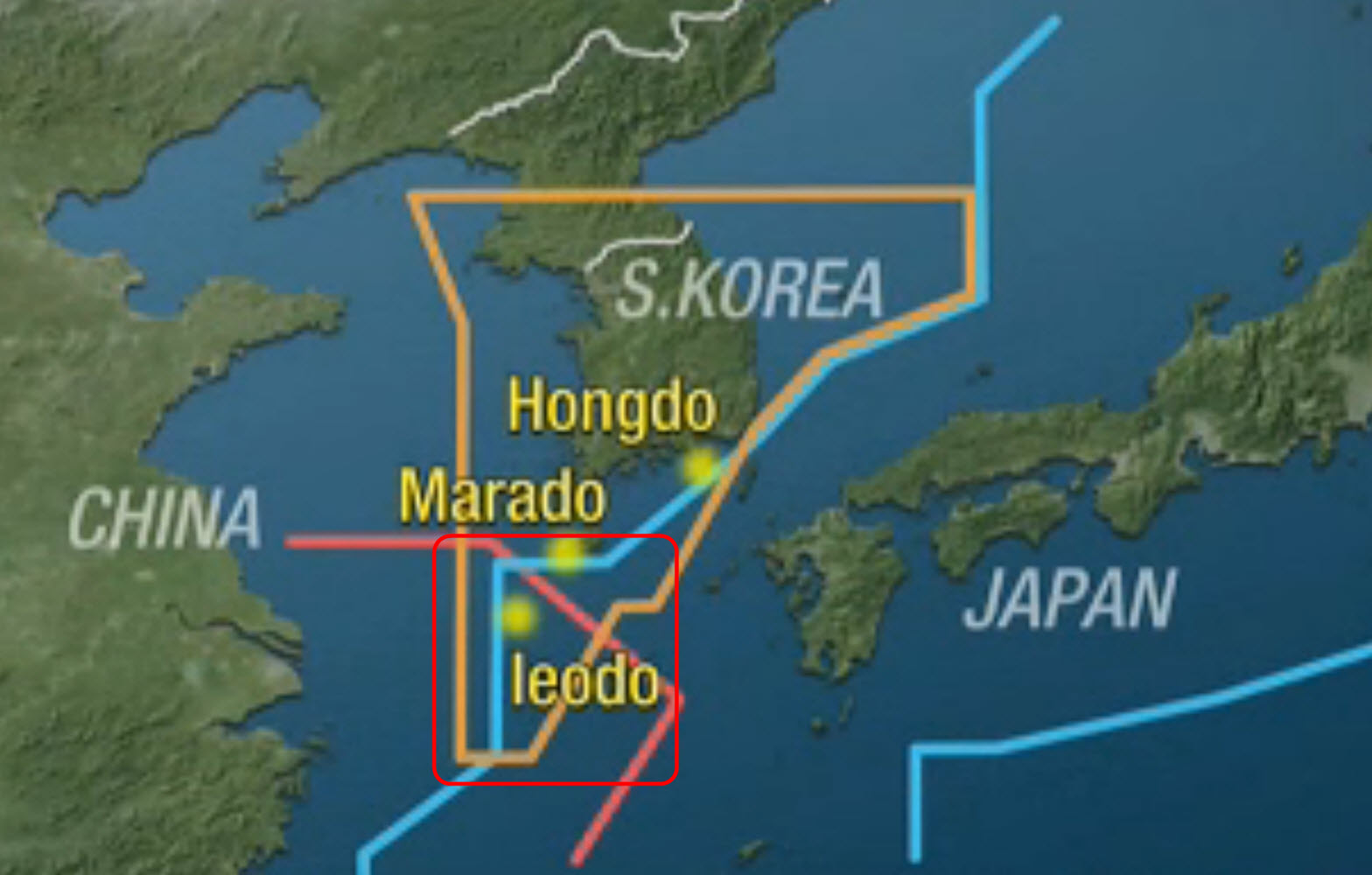 South Korea has officially announced that it will expand its air defense identification zone, making it partially overlap those of Japan and China.

South Korea’s Defense Ministry said on Sunday that the expansion will go into effect on December 15th.

The move comes after China established its air defense zone over a wide area of the East China Sea last month.

The zone includes the Senkaku Islands, which are controlled by Japan and claimed by China and Taiwan.

Seoul has been demanding that Beijing redraw the zone because it partially overlaps the one set by South Korea and includes a submerged rock called Ieodo claimed by both nations. The Chinese call the rock Suyan.

The ministry said it briefed Japan, the United States and China on the matter beforehand and the 3 countries suggested that the expansion is in line with international rules and is not an excessive measure.