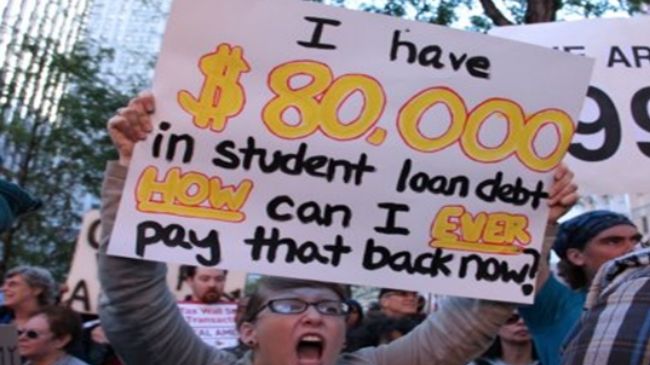 The US government books $41.3bn in student loan profits

The federal government of the United States made a profit of $41.3 billion on student loans for the 2013 fiscal year.

Although the profit is $3.6 billion less than the that the US government reaped from distressed borrowers the previous year, it is a profit higher than that made by all but two companies, Exxon Mobil and Apple, in the world.

According to David Jesse, who writes for the Free Press, the profit is enough to pay for the tuition of nearly 3,000,000 Michigan residents at the University of Michigan for one year.

Earlier in July, the US Senate approved a bill that would link federal student loan rates to financial markets.

The bill, which was passed 81-18 and was endorsed by the White House, would lower the interest rates on federal student loans to 3.86 percent down from the fixed rate of 6.8 percent but interest rates could increase if the financial market improves as expected.

Profits on student loans effectively subsidized half of the Education Department’s total operations in 2013.

According to budget documents, the US government’s profits on student loans last year exceeded the amount of money for Pell Grants, money the US government provides for students who need it to pay for college.

Earlier this year, Senate Majority Leader Harry Reid (D-Nevada) said congressional Democrats “don’t think there should be deficit reduction based on the backs of these young men and women who are trying to go to college.”

Meanwhile, Department of Education officials insist that the student loan program should not be construed as a profit-making program.

“It’s actually neither accurate nor fair to characterize the student loan program as making a profit,” Education Secretary Arne Duncan said in July.