America has become a gigantic gulag over the past few decades and most of its citizens don’t know, or just don’t care. One of the primary causes of the over incarceration in the U.S. is the absurd, tragic failure that is the “war on drugs”, and indeed nearly half of the folks in prison are there for drug related offenses. Making matters worse is a rapidly growing private prison system, which adds a profit motive to the equation. Recently, I wrote an extensive rant against the private prison system and provided details on how it works in:  A Deep Look into the Shady World of the Private Prison Industry.

Now here are some of the sad facts. There are 1.57 million people in federal and state prison (does not even include county and local jail) according to the Department of Justice. That’s above the nation’s 1.53 million engineers and 1.05 million high school teachers. 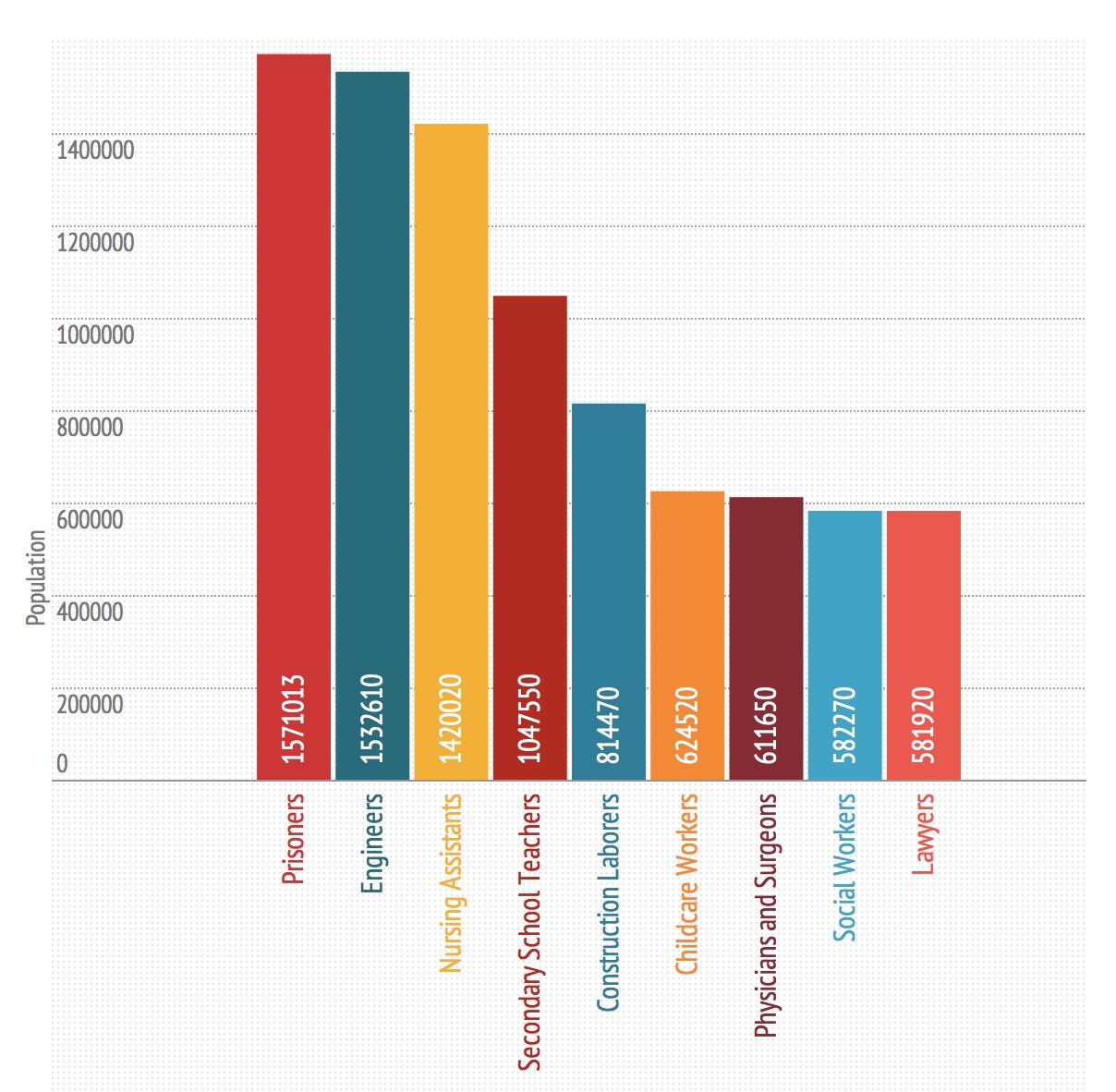 If sitting in a prison cell was a job, it would be one of the most common jobs in the United States. In 2012, there were some1,570,000 inmates in state and federal prisons in the U.S., according to data from the Justice Department.

By contrast, there were about 1,530,000 engineers in America last year, 815,000 construction workers, and 1 million high school teachers, according to the Bureau of Labor Statistics.