The banking industry is absolute chaos as their criminality is being exposed for the entire world to see.

It is now widely known that the derivatives debt is over $1 quadrillion dollars and some of the rank and file in this country are concerned that their bank accounts, 401K’s, IRA’s and pensions will be confiscated by desperate, tier two bankers, who are forestalling the inevitable currency collapse by stealing your money.

The time to have taken your money out of the bank was yesterday. There is very little time before the IMF’s plan to steal 10%, for starters, of all bank accounts in Europe. JP Morgan Chase is banning wire transfers from their bank to foreign banks to prevent American capital flight which will surely happen as America wakes up to the desperate situation that the banks are in. The bank is also prohibiting any cash withdrawals of $50,000 or more. This past Friday, HSBC (America) followed suit. It is highly likely that all 5 megabanks will enact the same policies in the near future.

Although, most Americans are free to leave the country, it is becoming exceedingly difficult for Americans to take their money with them. Preparing for expatriation is a daunting task and I do not believe that most of us have the time or the ability to get our assets out of the country as well as make detailed plans and implement those plans in advance of the coming crash as we attempt to leave the country. Therefore, most of us are going to be forced to adopt an adaptation strategy.

With all that is available to read on this topic, it is mind boggling regarding how few people are preparing to act to preserve what assets they have remaining by not removing their money from the bank. Because you have put your money in the bank, you no longer own your money. Taking what was your money out of the bank is no longer a matter of walking up to your friendly teller with a withdrawal slip and the teller cheerfully honors your request and you calmly exit the bank with your money in tow. In fact, your teller is trained to look for certain indicators in any cash withdrawal of any significance.

As you move to withdraw the bulk of your money, there are three federal banking laws that you should be cognizant of, namely, Cash Transaction Report (CTR), a Suspicious Activity Report (SAR) and structuring.

Federal law requires that the bank file a report based upon any withdrawal or deposit of $10,000 or more on any single given day.The law was designed to put a damper on money laundering, sophisticated counterfeiting and other federal crimes.

To remain in compliance with the law, financial institutions must obtain personal identification, information about the transaction and the social security number of the person conducting the transaction.

Technically, there is no federal law prohibiting the use of large amounts of cash. However, a CTR must be filed in ALL cases of cash transaction regardless of the reason underlying the transaction.

Before proceeding with the planed withdrawal of your money, I would strongly suggest that you read the following federal guidelines as it relates to CTR’s as produced by the The Financial Crimes Enforcement Network (FinCEN). All the federal regulations contained in this article are elucidated in this series of federal reports.

There will undoubtedly be some geniuses whose math ability will tell them that all they have to do is to withdraw $9,999.99 and the bank and its protector, the federal government will be none the wiser. It is not quite that simple. Here are a few examples of structuring violations that one should be aware of:

2. Sally needs $16,000 in cash to pay for supplies for her arts and crafts business. Sally cashes an $8,000 personal check at a financial institution on a Monday. She subsequently cashes another $8,000 personal check at the bank the following day. Sally is careful to have cashed the two checks on different days and structured the transactions in an attempt to evade the CTR reporting requirement. Sally should have made irregular deposits on staggered days.

The aggregate total of the three transactions totals more than the $10,000 threshold, therefore, a SAR would be filed by the bank and you would be the subject of a federal investigation as all three of the above cases clearly violate the federal banking laws related to structuring. It is a federal crime to break up transactions into smaller amounts for the purpose of evading the CTR reporting requirement. In these instances, the bank is required to file a SAR which serves to notify the federal government of an individual’s attempt to structure deposits or withdrawals by circumventing the $10,000 reporting requirement.

Structuring transactions to prevent a CTR from being reported can result in imprisonment for not more than five years and/or a fine of up to $250,000. If structuring involves more than $100,000 in a twelve month period or is performed while violating another law of the federal government, the penalty is doubled.

Much like the enforcement of our tax laws, the federal government’s enforcement of its banking laws as it relates to CTR’s, SAR’s and subsequent structuring is quite draconian. Civilian asset forfeiture laws come into play. The government can seize your bank accounts while it determines if a crime has been committed. The government can literally seize your assets in perpetuity without an order of the court. Of course, you could try and sue but you will be up against the deep pockets of the federal government and the case could take years. By the time your case is decided, the financial banking crisis that you are so desperately trying to avoid by withdrawing your money, could be over.  So, proceed with caution.

Withdrawing Your Money From the Bank

The best way to avoid getting your money caught in the bank in the midst of a bank run would be to not let the lion’s share of your money ever cross the bank. The simplest way to accomplish this is to prevent any form of deposit from going automatically into your account, as much as it is possible.

Secondly, you need to begin to pay cash for everything. Let’s say that every 30 days, Bob cashes his check at the bank from his work worth $5,000 net pay. Bob leaves just enough in the bank to be able to conduct normal banking business. Bob walks out of the bank every month with the majority of the cash from his check. Bob should begin to pay cash for as much as he can, such as eating out, paying the electric bill (pay the bill in person), buying groceries, etc. When it becomes necessary to make a “big ticket” purchase, Bob could temporarily leave more in the bank to cover the writing of a check.

You would also be wise to open multiple banking accounts ranging from the big five megabanks to your local credit unions. You could withdraw much smaller amounts until the sum total of your accounts is greatly diminished and is in your possession. To open the accounts, simply write a personal check from your home bank. Of course, in these cases, the bank could hold the check for 15-30 days.

I cannot promise you that if you become the target of federal investigators, that you will not have your every financial move scrutinized and the feds will eventually discover the aggregate patterns of withdrawal. People who I interviewed told me that they believe that the federal government is in the process of getting the banking computers to “talk” to each other in a way that would reveal structuring, but that technology is not yet online.

If you ever become the target of a federal investigation, do not, under any circumstances, allow yourself to be interviewed by federal officials without an attorney present. In many cases, people go to jail and pay huge fines, not because they have committed a federal crime, but because federal officials state that they have lied or misled them. And if you do not have an attorney present, it is your word versus the federal government.

In an upside-down world in which the banks legally own your money, getting your money away from these criminal banks has become an art form. I cannot promise you that you will be able to retrieve all of your assets, however, I can promise you that if you do not act, you will lose everything. Today and tomorrow (10/23 and 10/24) FEMA and DHS are engaged in part two of simulating a cyber terrorist attack upon the banking system. One thousand banks and all 50 governors are involved in this test. I would strongly suggest that you keep your gas tank filled and you have plenty of cash, food and ammunition on hand. I am not predicting a problem with this test, but it is better to be safe than sorry. 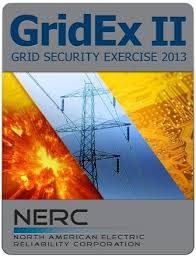 Although personally, I think we have some time to prepare before the currency is collapsed, the dates which have me most concerned are November 13th and 14th which are the dates coinciding with Grid Ex II in which a simulated continental power grid failure will be rehearsed. This opens a whole can of worms. For example, once you have the bulk of your money out of the bank, what should you replace the cash with? What should you be buying in anticipation of the currency collapse which is looming? These topics and more will be the subject of the next article.