When France released its August Jobseekers data in August, and it beat expectations dramatically reversing the trend of ongoing malaise with little to no supporting evidence of ‘why’, we were skeptical. Fast forward one month and we are almost speechless in that not only are European PMIs rolling over just as we warned but the French jobs data is totally screwed up as yet another technical glitch meant 20,000 ‘text’ messages that went unreplied were responsible for the entire improvement. French Labor Minister Michel Sapin is back tracking fast, admitting pre-emptively that “September’s data won’t be good… due to the ‘statistical incident’.” The 50k drop last month has been was bettered by a 60k rise to a new record high for French unemployment.

France reported a big “improvement” on unemployment in August. Now the labor minister Michel Sapin had to backtrack. Apparently a significant part of the improvement (20,000) was due to the fact that network provider SFR “forgot” to send 20 000 SMS messages. As these folks didn’t reply to the SMS, they assumed they were employed again…

The minister is quoted :

“the numbers won´t be good for a very simple reason : as you know we had a statistical incident with SFR. This incident INCREASED THE DECREASE IN AUGUST BUT WILL INCREASE THE INCREASE in September” 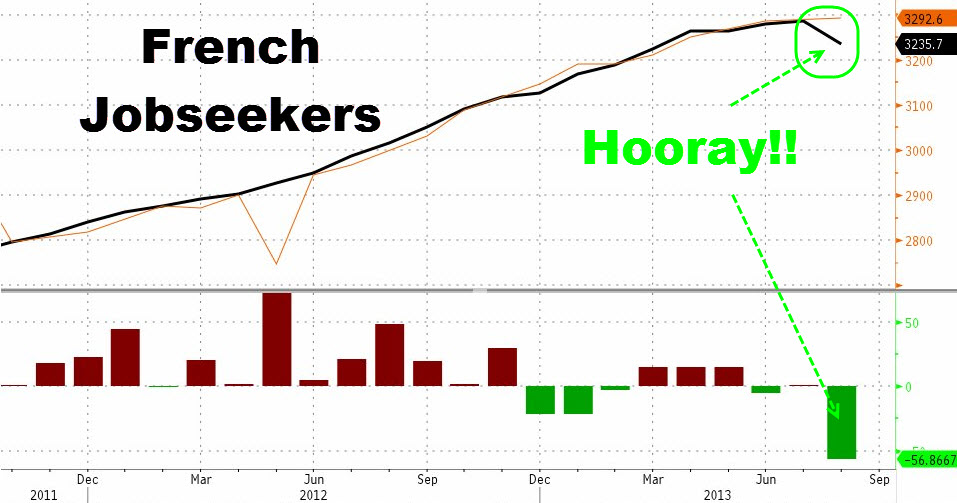 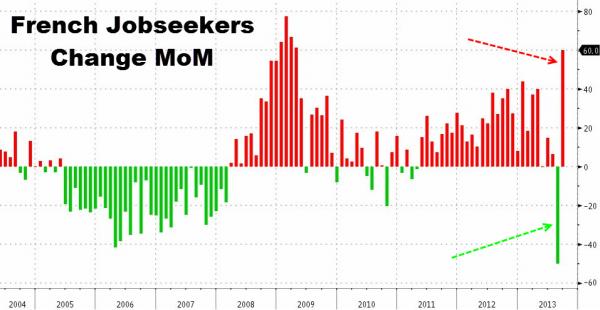