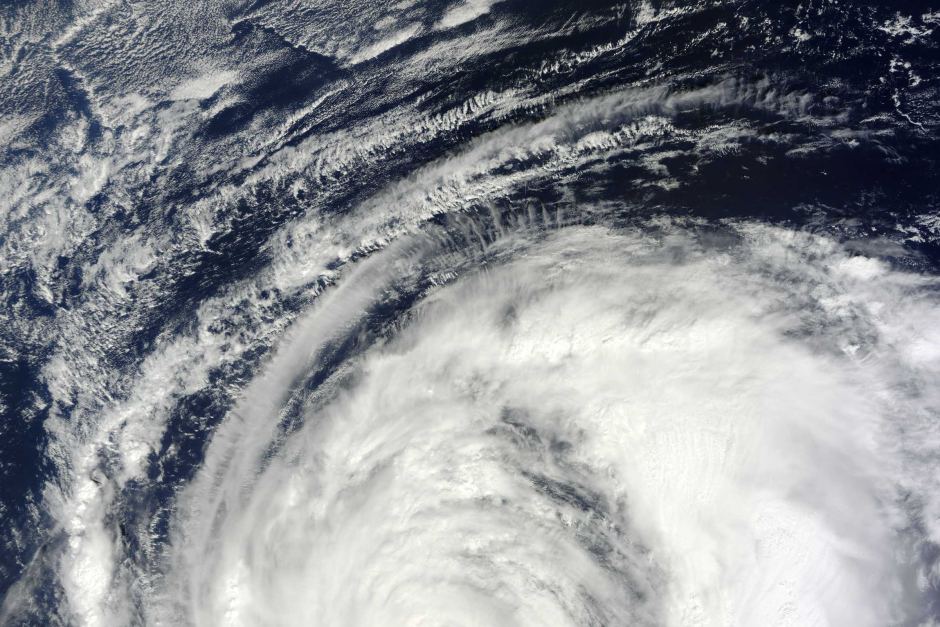 Kyodo News, Oct. 15, 2013 at 8:46a JST: Typhoon Wipha, the 26th typhoon of the year, was traveling northward around 260 km east of Minamidaito at a speed of 25 kph as of 6 a.m. Tuesday, according to [Japan’s Meteorological Agency]. It had an atmospheric pressure at its center of 940 hectopascals and was packing winds of up to 216 kph.

AFP, Oct. 15, 2013 at 12:00a ET: Strong typhoon heads for Japan’s nuclear plant […] A powerful typhoon was closing in on Japan on Tuesday, heading towards the Fukushima nuclear power plant. Typhoon Wipha, packing winds of up to 144 kilometres per hour near its centre, was in the Pacific south of Japan early this morning. It has been forecast to reach an area off the Tokyo metropolitan area by early Wednesday and then head toward the coast of Fukushima […] TEPCO says it is bracing for the winds after a series of leaks of radiation-polluted water. “We are making preparations for proper management of contaminated water… we will patrol places that could have inflows of water (from the storm),” a company spokesman said. […]

Kitsap Sun, Oct. 14, 2013: […] a hybrid storm, with characteristics of both a tropical storm and an extratropical system […] similar to some of the features that Hurricane Sandy had […] Wipha could bring an expanded area of high winds and pounding surf along with several inches of rain to […] the vulnerable nuclear plant […] Ryan Maue, a meteorologist at WeatherBell Analytics […] told Climate Central that the storm poses a “huge flood potential” for the Fukushima area. […] “Wipha is extra-large size-wise,” Maue said, predicting it will grow and strengthen as it makes its closest pass to Japan […] A major storm with high surf, strong winds, and heavy rainfall likely would complicate cleanup efforts, or possibly pose an even greater danger to the facility. […]  hybrid storm systems may not be good news for Tokyo and Fukushima […] can cause storms to intensify and expand in size, resulting in a broader wind field and a higher potential for storm surge. Computer models show the potential for 40-foot waves off the coast of Japan […]