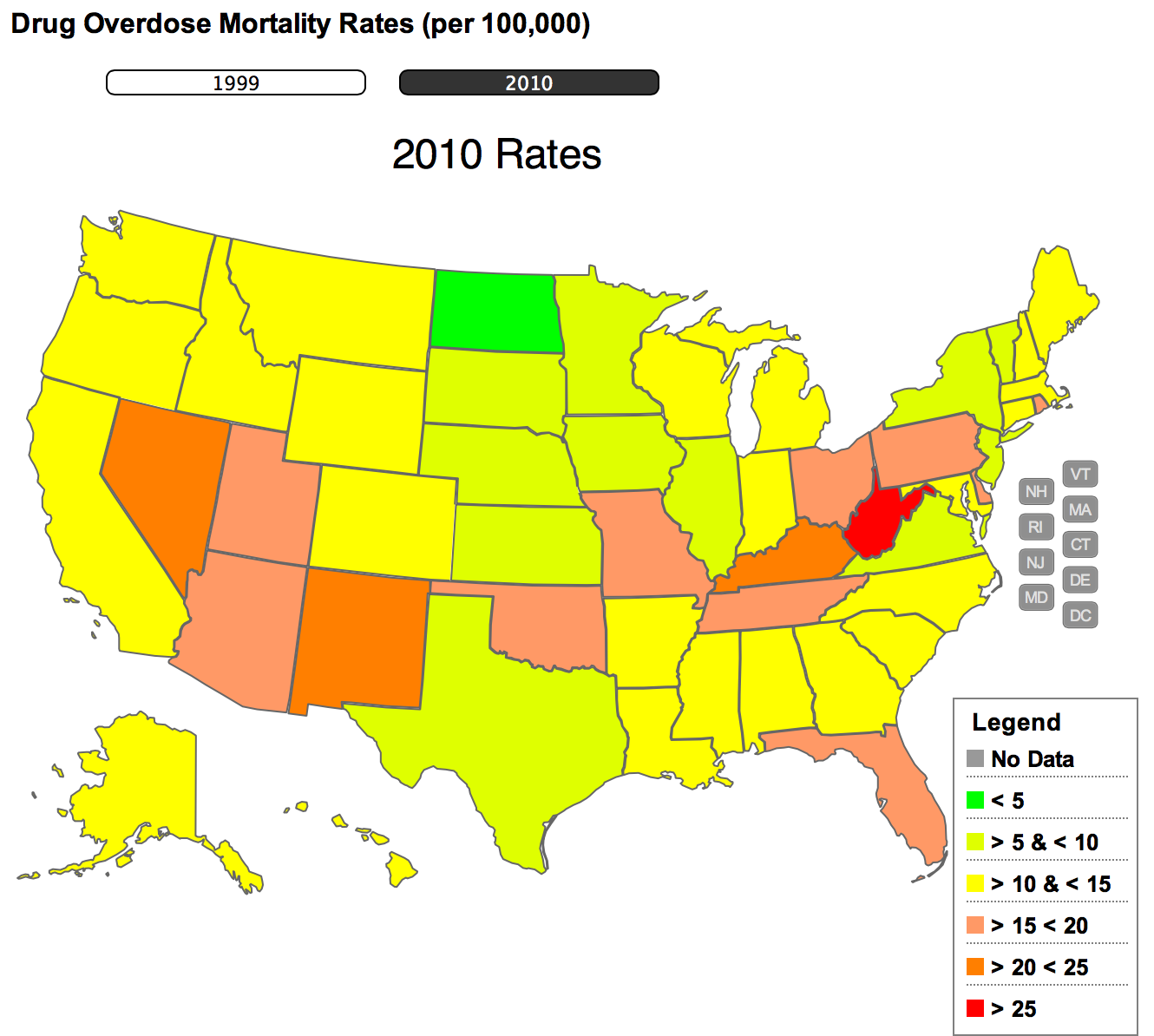 *Click on the image above for an interactive map.

A report released yesterday by the non-profit organization Trust for America’s Health has revealed some startling data on prescription drug abuse in these United States. The results are pretty damning to the prescription drug industry. Specifically, it found the majority of total drug related deaths in the U.S. come from prescription drugs, and they now account for more deaths than heroin and cocaine combined.

More from Trust for America’s Health:

Prescription drug related deaths now outnumber those from heroin and cocaine combined, and drug overdose deaths exceed motor vehicle-related deaths in 29 states and Washington, D.C. Misuse and abuse of prescription drugs costs the country an estimated $53.4 billion a year in lost productivity, medical costs and criminal justice costs, and currently only one in 10 Americans with a substance abuse disorder receives treatment.

Am I the only one who finds it strange that 655,000 Americans were arrested for marijuana possession alone in 2012, a drug that no one dies from, yet these prescription drugs are not only legal, but pharmaceutical companies continue to make billions of dollars each year selling them? Yep, you guessed it. USA! USA!