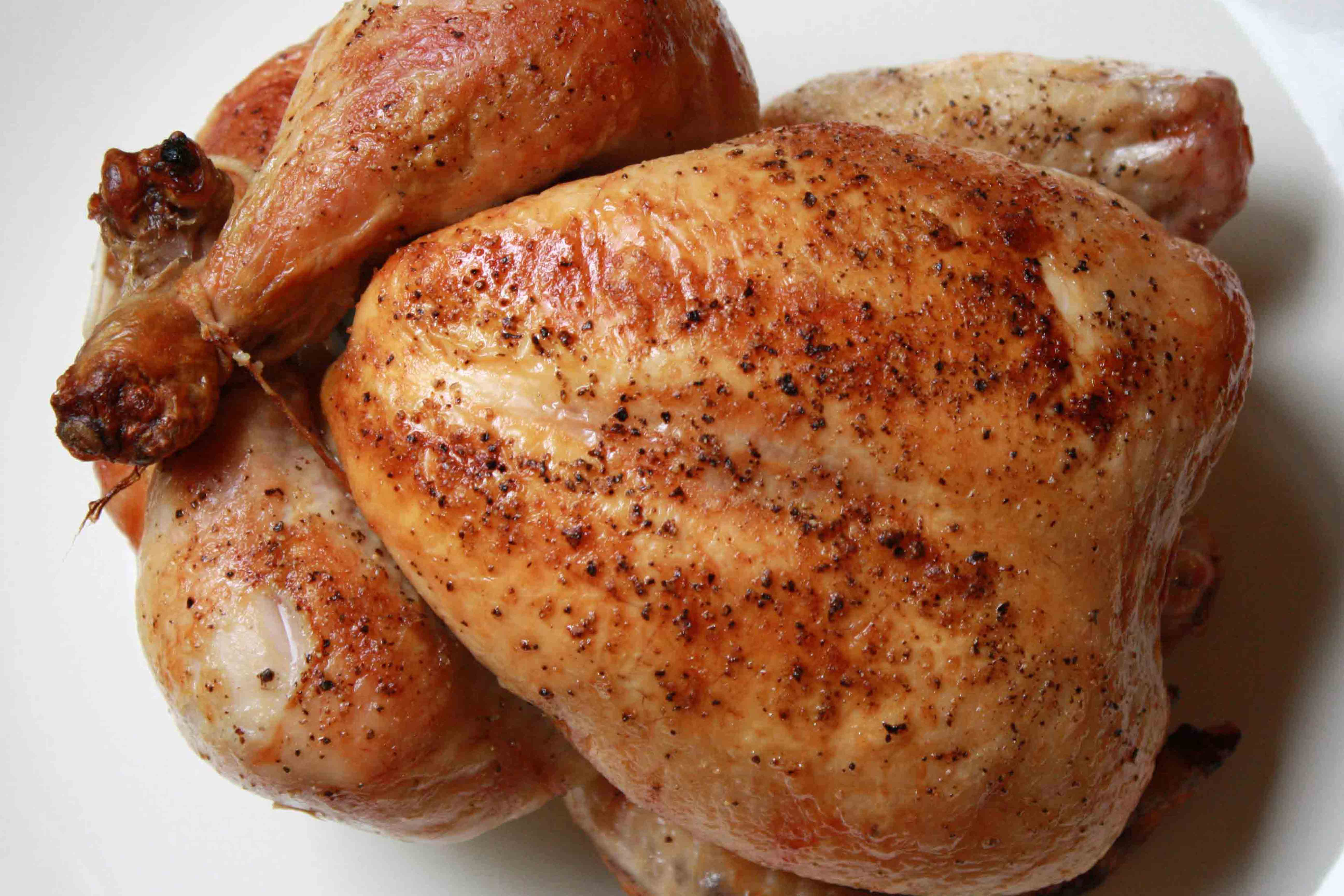 The U.S. Department of Agriculture (USDA) is currently in the process of trying to ram through passage of a new “modernization” rule for conventional poultry production that would eliminate a large percentage of USDA inspectors and speed up the factory production process. And existing safeguards, as minimally effective as they currently are, would also be eroded, allowing for more hidden feces, pus, bacteria and chemical contaminants to persist in conventional chicken and turkey meat.

Even though salmonella rates as detected in meat and poultry have been steadily dropping year after year in the U.S., roughly the same numbers of people seem to be getting infected with the pathogen annually. The primary reason for this statistical anomaly appears to be that the current testing methods authorized by the USDA for meat and poultry are wholly inadequate and outdated and actually cover up the presence of contaminants borne on factory farms and in processing plants.

But a whole new set of guidelines being proposed by the USDA will make things even worse by allowing companies to self-inspect themselves, as well as use an even more aggressive barrage of chemicals to treat their tainted meat before selling it to consumers. This is good news for the factory poultry industry, of course, which is expected to cut its costs by about $250 million a year, thanks to its buddies at the USDA, but it’s bad news for consumers who will be subjected to all the toxic consequences.

If you have ever seen any of the shocking, undercover footage showing how chickens, turkeys and other animals are treated at factory farms, then you already know the type of filth and abuse to which these poor animals are routinely subjected. Because of their horrific living conditions, factory farm animals are often teeming with harmful pathogens, which is why their meat has to undergo chemical treatments in the first place before being packaged and served on dinner tables — it is a truly disgusting process, to say the least.

According to documented reports, after the animals are slaughtered, conventional poultry is essentially hung on long conveyor lines and sprayed, bathed and injected with all sorts of chemical solutions, including chlorine bleach, before ultimately being hauled off to the supermarket. These chemical solutions are, of course, carefully designed to kill any bacteria and render the meat “safe” for human consumption, the ultimate “don’t ask, don’t tell” policy for the factory food industry, if you will.

But like all other chemical-based solutions that compliment industrial food production, this process is ultimately failing to subdue and kill pathogens the same way that it used to back in the old days. A cohort of new scientific research recently submitted to the USDA reveals that the routine processes by which the factory food industry covers its frightful tracks are no match to a whole new generation of “superbugs” that resist these chemicals — and the USDA’s proposed solutions only further add to the problem by covering it up with even more chemicals.

“If the new rule is implemented, all chicken will be presumed to be contaminated with feces, pus, scabs, and bile and washed in a chlorine solution,” explains ChickenJustice.org. “Consumers will eat chicken with more chemical residue and contaminants. With faster production rates, workers’ injuries will increase. They will also face breathing and skin problems from constant exposure to chlorine wash. OSHA will take the next 3 years to study the impact of the faster processing lines on workers, but USDA wants to implement the rule immediately.”

To take direct action against this heinous USDA agenda for factory chicken, you can contact the White House by visiting the ChickenJustice.org “Take Action Now!” page:
http://chickenjustice.org