According to the official story of the Navy Yard Shooting, Aaron Alexis went to the store the weekend before the shooting and bought a Remington 870 Express Tactical shotgun. They claim there is video of him making that purchase, but the FBI has that video so we’ll never see it.

Anyway, when I saw the images of the shotgun released by the FBI this past week, something jumped out at me: he bought what appears to be a used piece of crap shotgun?

The gun has rust on it. RUST. And he supposedly bought it from a gun dealer just days before the shooting? Who would sell a POS gun like that in their store?

From the looks of it, I would be surprised if that gun even worked.

There’s another thing in the FBI photo release I thought was interesting. See if you pick up on it. It surrounds the image of the backpack that their suspect supposedly left behind in the bathroom stall.

here are the images: 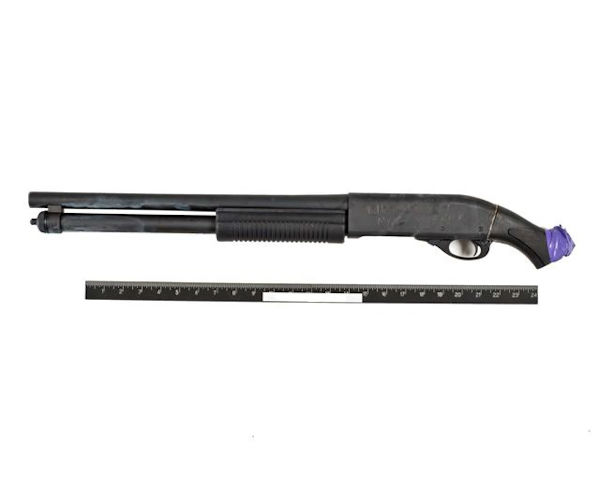 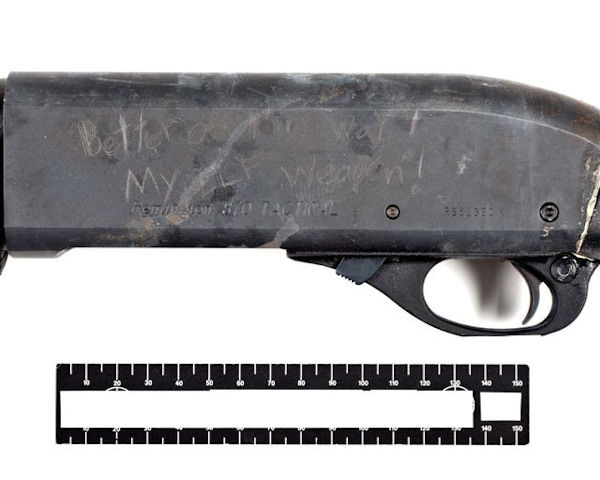 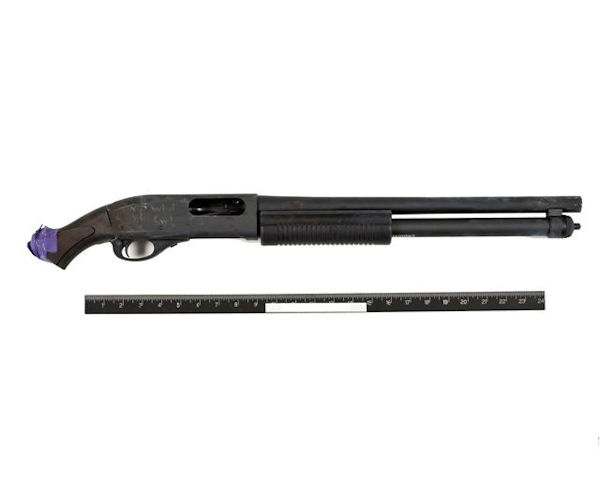 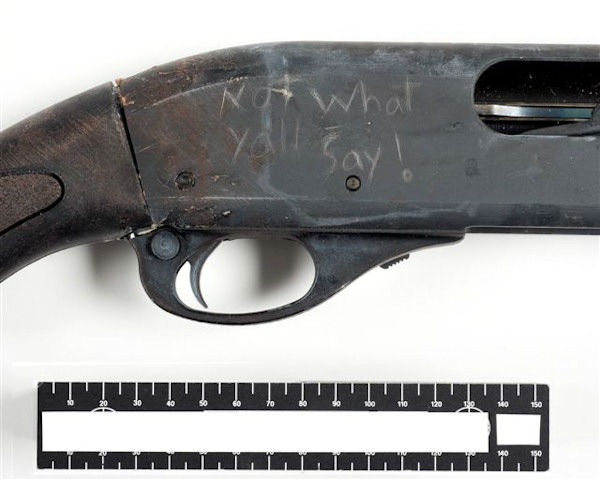 Look at the condition of this weapon. Does it look like someone just bought it at a shooting range? 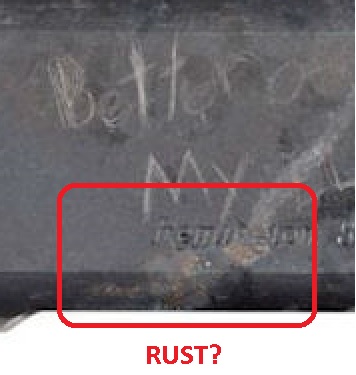 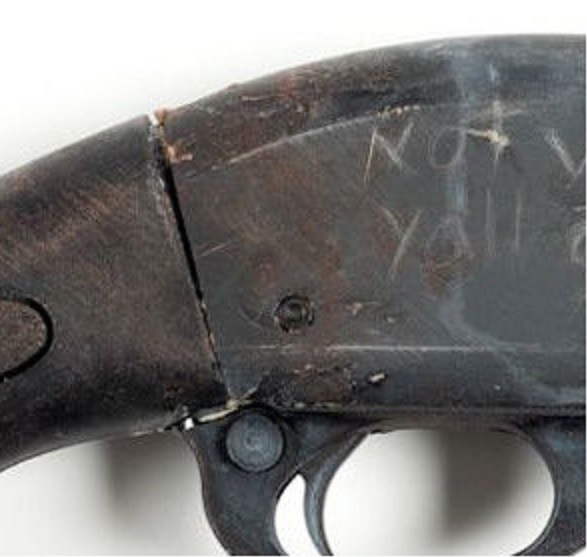 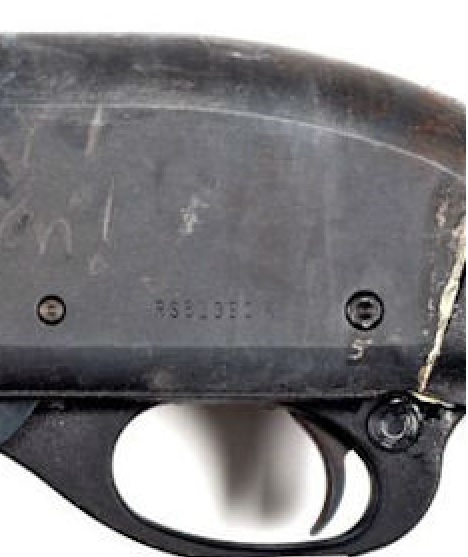 Processing for fingerprints does leave behind some residue, but photos of the weapon itself are usually taken prior to processing.

Look at the gap between the stock and the body of the gun. On one side it looks like someone took a grinder to the edge of it.

This is not a new Remington 870 Express Tactical. You can see some good photos of this type of weapon here.  Here’s one shot of it: 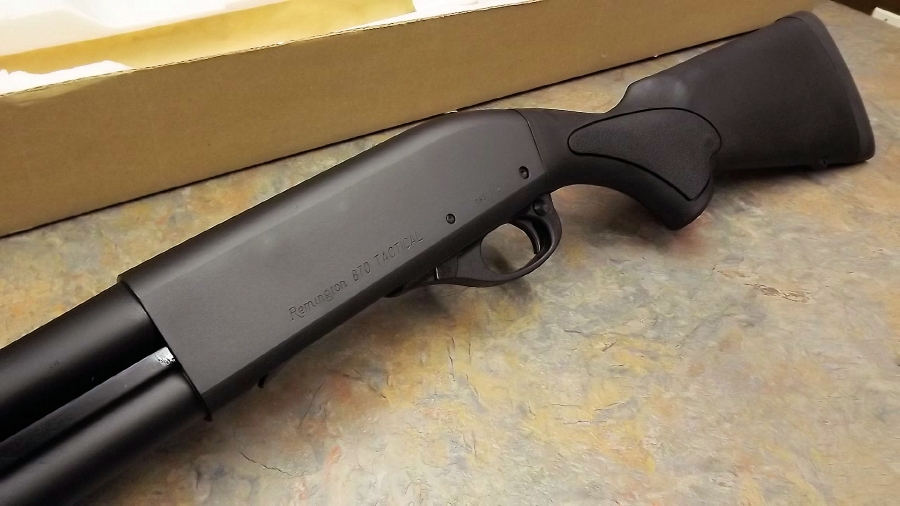 If you look closely at the shotgun in the pictures you will notice there’s been a lot of damage to this thing. It almost appears as if rust has been cleaned off it.

And this was for sale in a gun store? In what, the bargain bin?

It almost looks like the piece of crap gun was taken out of a bundle of guns that had been turned into the police department in exchange for a WalMart gift card or something.

He bought that piece of crap days before the shooting and paid $400+ for it?

Yeah, that’s a government contractor for you.

Here are two pictures. One is of his backpack hanging on the door of the bathroom stall. The other is of him entering the building. See if you notice what I did. 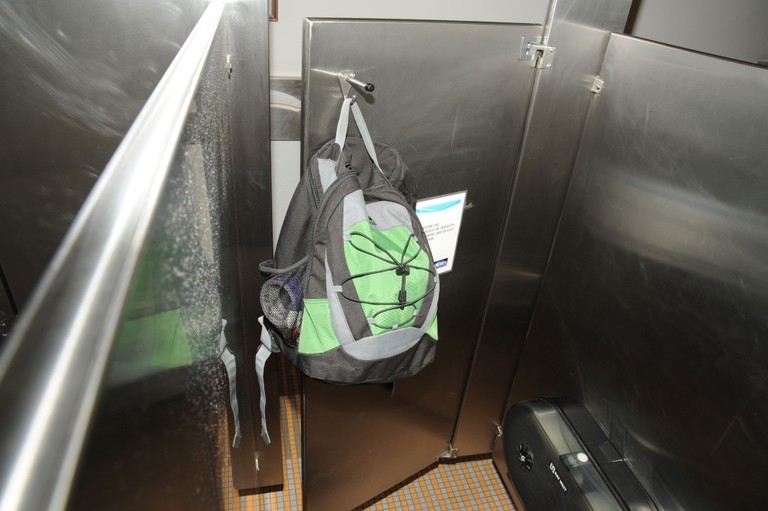 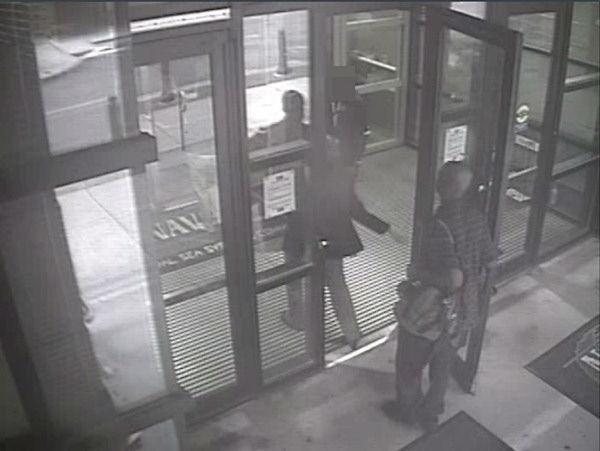